Saucer Canyon (Branch) is a small tributary that feeds Millard Creek in the San Gabriels and is also the location of one of the four historic mines of the Dawn Mine District. A prospector dug a short tunnel there and built his cabin suspended in the air by steel cables, which held it against the face of a sheer rock wall. The cabin was later carried away in a rockslide and the mine was abandoned.

The mine is located near the head of the canyon. Access is by dropping down from the Brown Mountain ridge firebreak. To get there, I started from Eaton Saddle and hiked over to Tom Sloan Saddle. 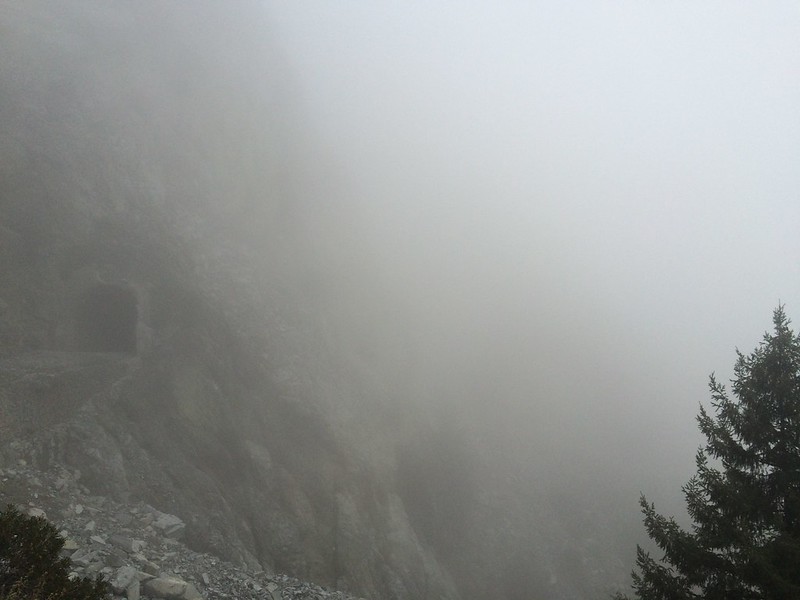 A misty morning on Mueller Tunnel 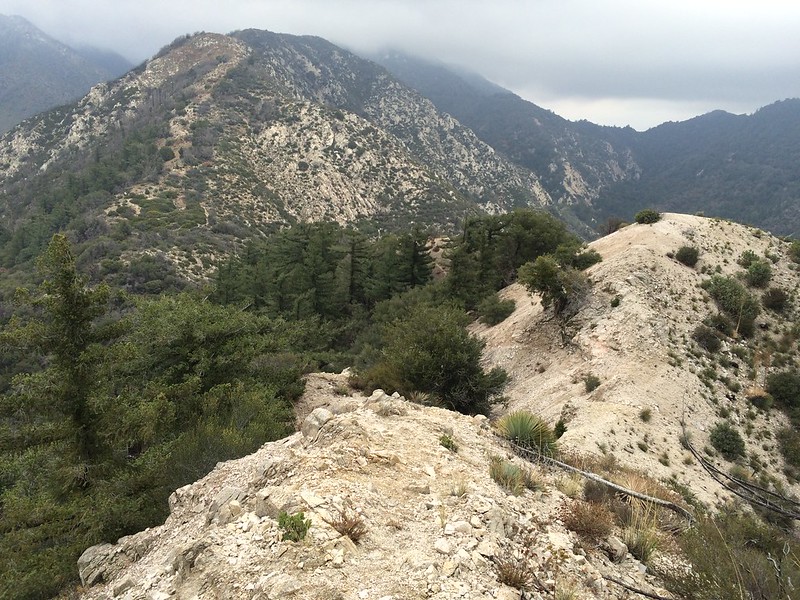 Once you leave the firebreak to head down into the canyon, you must push through thick brush and carefully down climb steep earthy slopes while evading villainous Yucca (but the occasional one WILL take a jab at you)

Once at the canyon the main obstacle is going around a 25 ft dryfall. I followed the animal trail up to the ridge on the left about 25yds upstream of the falls, and then down-climbed the steep apex of the ridge to a point downstream of the falls (you judge where). You may or may not take the entire slope with some heavy rocks with you.

Once back at the dryfall base, you’ll see the mine shaft on the left.  It goes in about 30 feet. 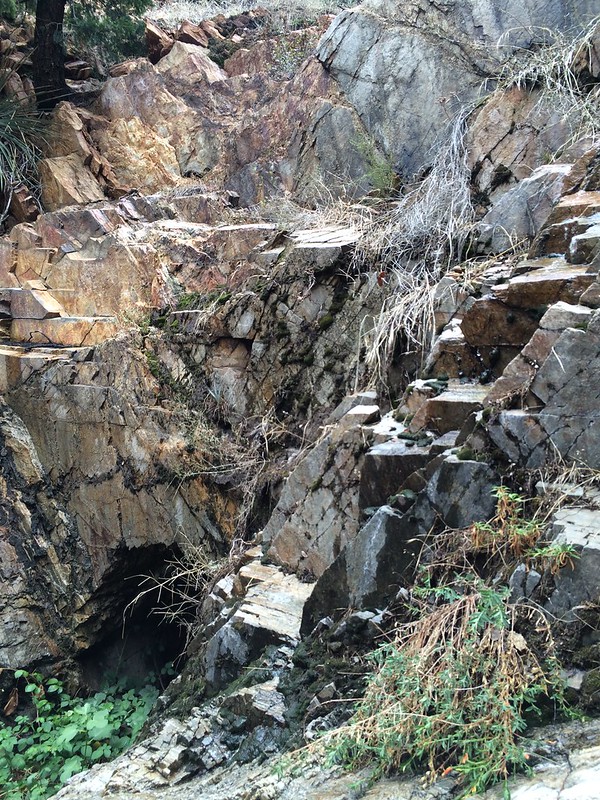 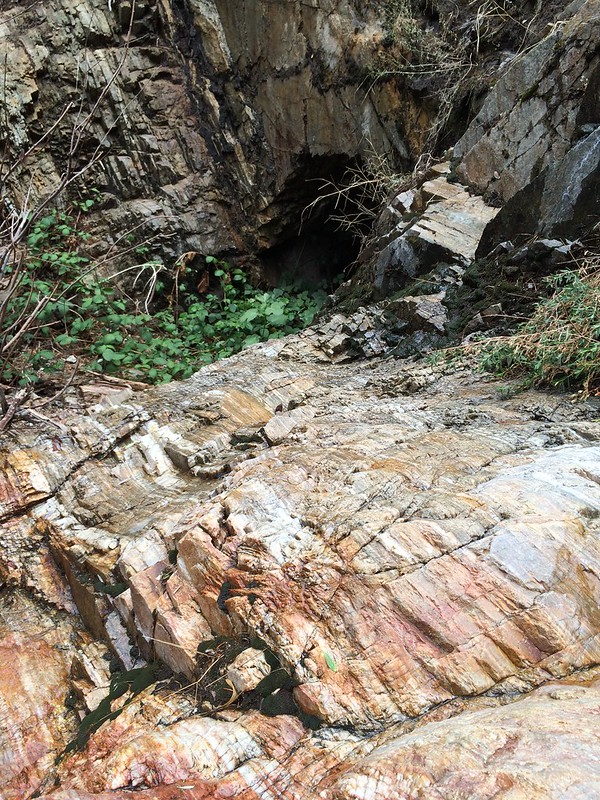 Another Look at Saucer Canyon Mine 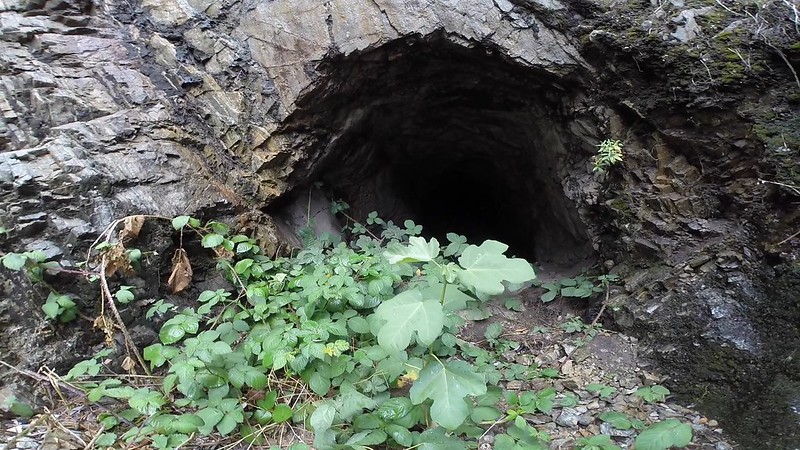 Don’t underestimate this adventure! It took me about seven hours to complete. It was roughly 2000 ft gain most of it in reverse fashion, but a lot of up and down. The off-trail scramble is time consuming. 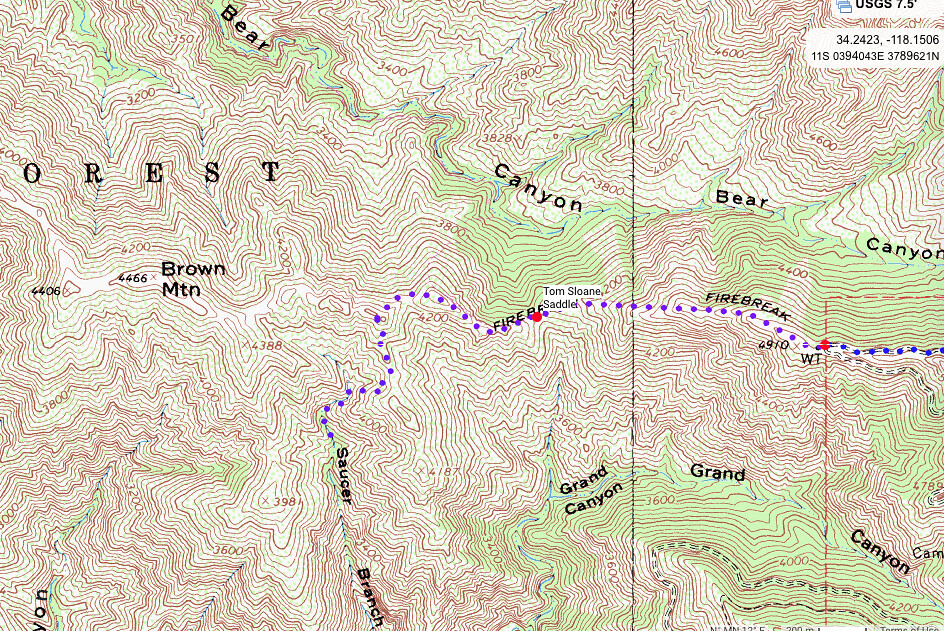 Exact details on location can be found at Christopher Brennan’s site for canyoneering in the San Gabriels. (Last updated 1999)

I learned about this mine through the legendary Hugh Blanchard’s account. You can find the original article here