The uncharted Adams Falls is located one mile up the East Fork of Santa Anita Canyon and boasts a 75′ cascade best visited after rainfall. Named in honor of pack station owners Bill and Lila Adams, the falls are seldom visited today mainly because there is no trail.

Sharalyn and I set out on a Friday morning to seek out this secret treasure. We left our cars behind at Chantry parking area and set afoot down the Gabrielino Trail (same trail to Sturtevant Falls). Only .75 mile of asphalt to the bottom before continuing on to the trail. 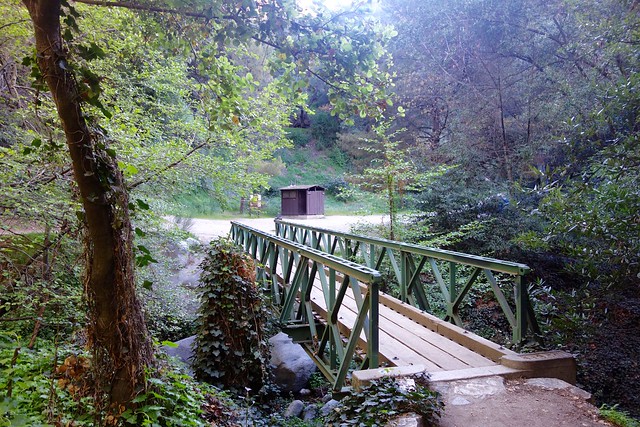 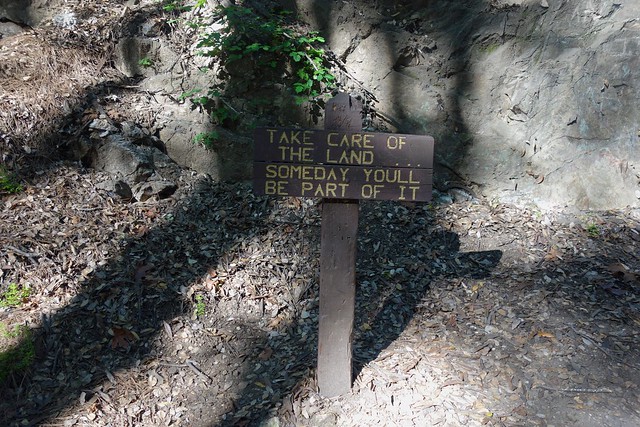 Carved by Chris Kasten (canyoncartography.com) when he was a Boy Scout.

We continued our jaunt on the trail shaded by oak, bay, and alder trees while listening to the refreshing sounds of the stream. It wasn’t before long that we spotted cabin #67 where we needed to cross the stream to get to the East Fork canyon. In the late 1960’s, cabin #67  was home to some people who got busted cultivating a pot farm up in the East Fork. After passing #67 cabin we then passed to the left of cabin #58. A very grand beautiful cabin! 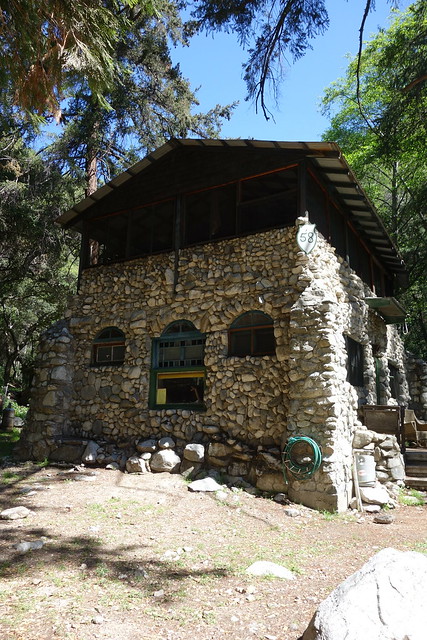 Once passed the cabins, we then crossed over a check dam covered in leaves. This was the start of the long mile up the canyon to get to Adams Falls. Almost immediately we encountered Newts crawling about through the leaves and under the branches in search of their next mates. 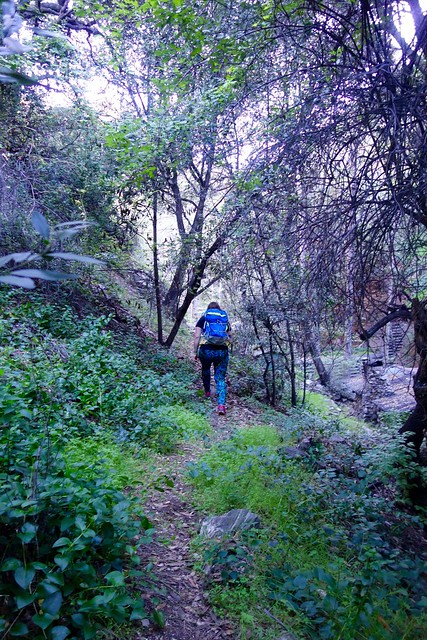 Passing by cabin #58, the check dam on the right 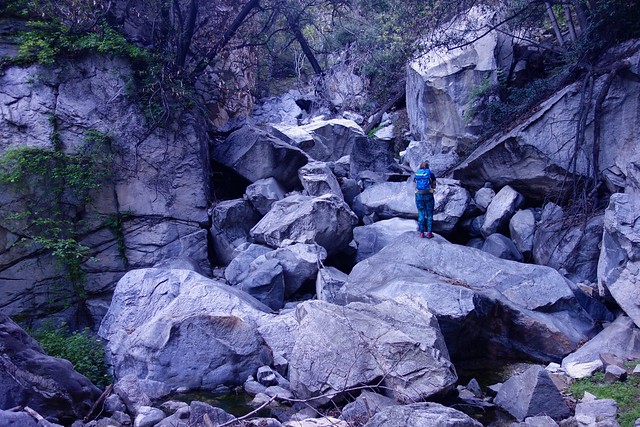 Car-sized boulders indeed. Luckily this was only a short part. 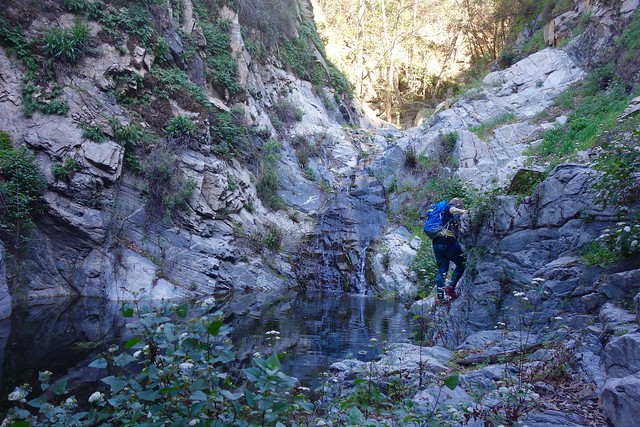 Negotiating which way is best up the canyon with least Poison Oak. 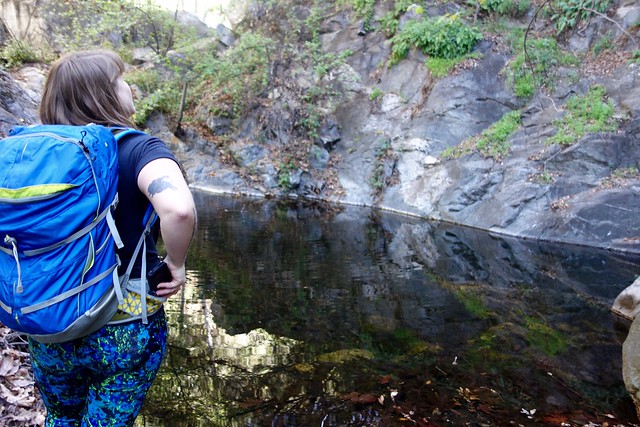 Reflections in a unique canyon wall 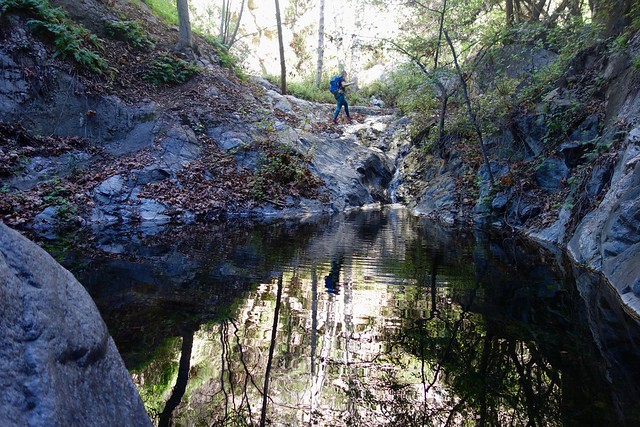 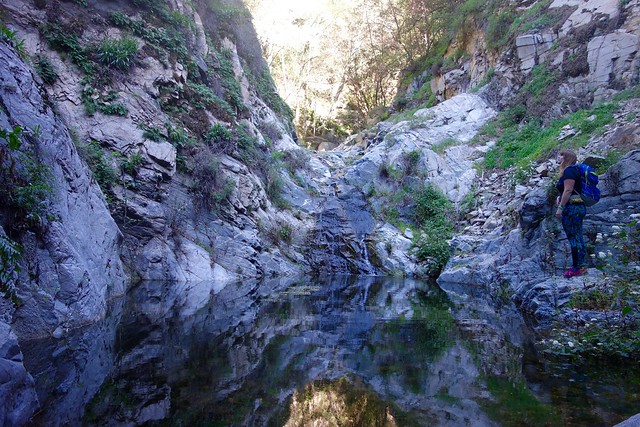 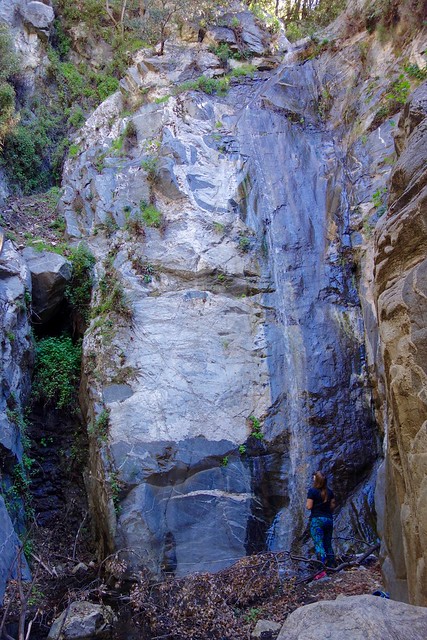 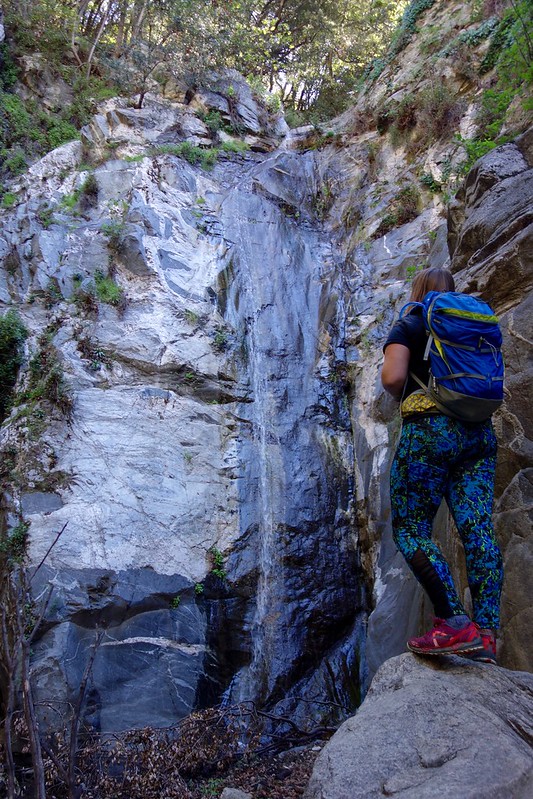 Sharalyn in complete awe of what we found pretty tucked away in a canyon.

love all the info and places you have hiked. places i woild like to go with my kids . thank you

Great write-up and photos.
Just finished this hike myself. Probably my favorite hike of all time due to all the boulder hopping, and stream crossing. Plus, it’s so quiet and absolutely beautiful.
Of all the other hikes you’ve been on, which ones most closely resemble Adams Falls hike?

Thats great to hear! These are definitely seasonal waterfalls. I just wrote up about Vogel Canyon Falls and Cape Horn Falls. you should check those out!