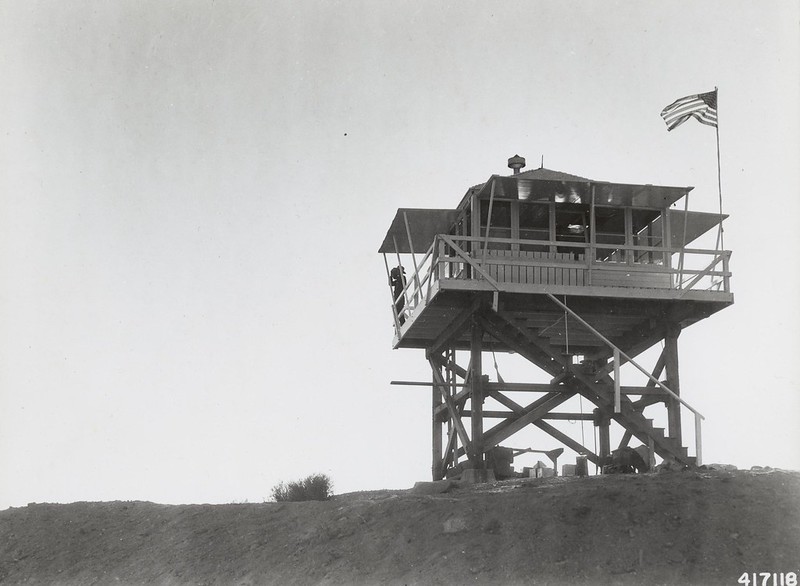 The lookout in 1940. Credit: National Archives. 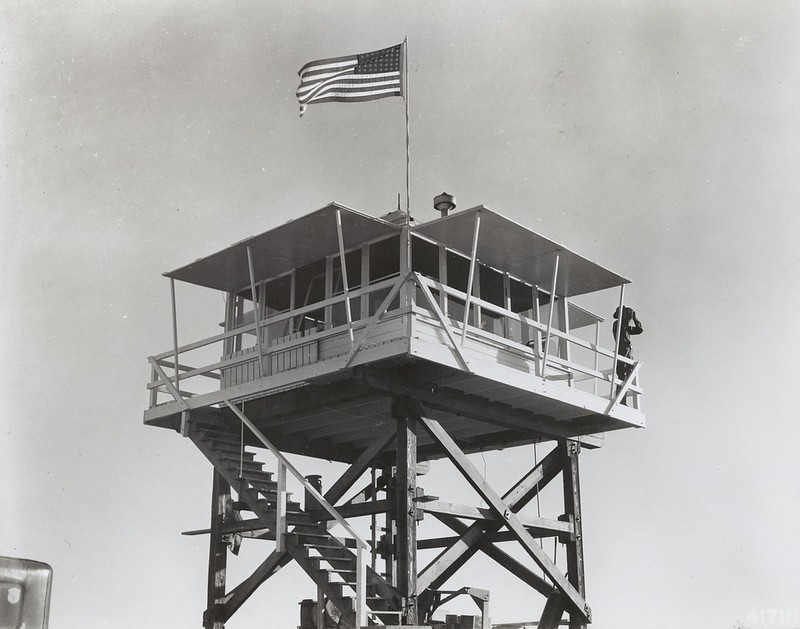 The lookout in 1940 with one of its observers. Credit: National Archives.

Whitaker Peak lookout was built in the 1930s by the Forest Service near Castaic. During its brief period of existence, lookout observers patrolled this area for fires including Hugh Masterson(1938), Irving Fitzer (circa 1947), and Mathew F. Offerle (circa 1956).

The last mention of the tower was from a news article in 1960 (Oxnard Press Courier Newspaper Archives), reporting that the tower had survived a brush fire.  It’s unclear when it was exactly dismantled and if the lookout was transported to Slide Mountain.

A paved road called Whitaker Peak Road (6N53) leads to the former lookout, 4 miles one way. A locked gate marks the start of the trailhead from Golden State Highway. Whitaker Peak lookout is about 30 feet lower than the actual Whitaker Peak. A hill with a communications tower stands between the two peaks. 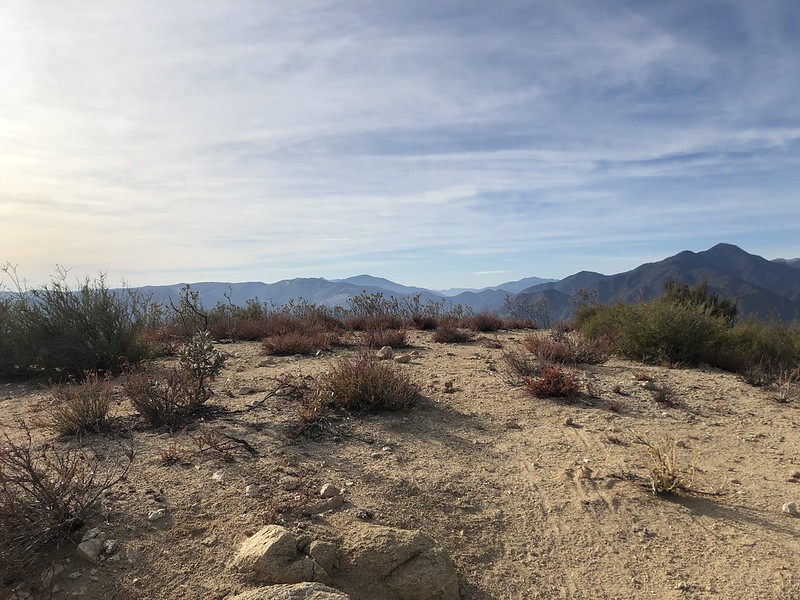 Today, nothing remains at the site except a few concrete ruins 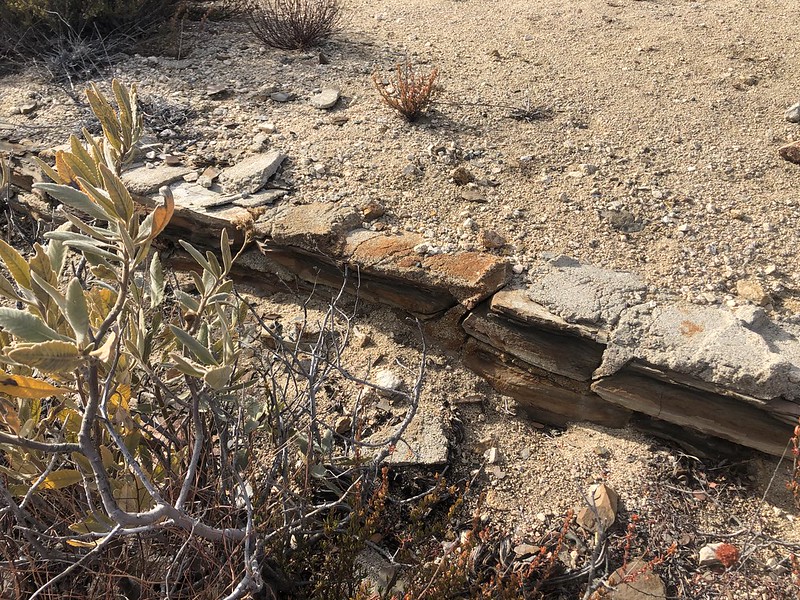 Leftover structures of the tower 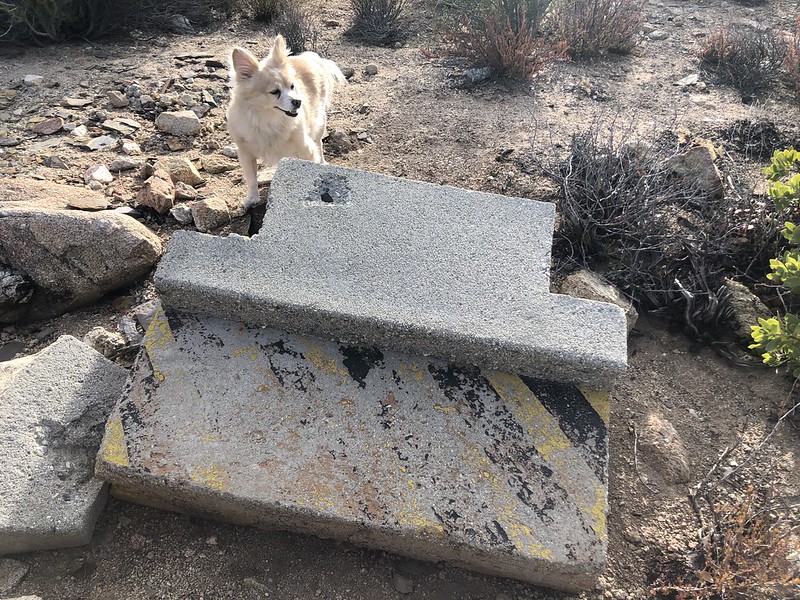 Pieces of a roadblock? 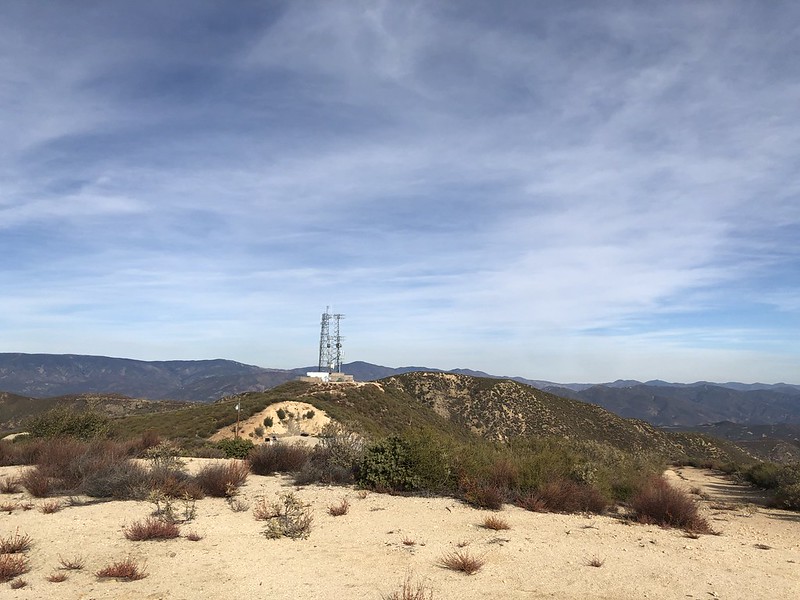 Looking northeast, the communications tower and Whitaker Peak beyond that

As expected, the views from the former lookout are panoramic and expansive. East of the busy Interstate 5, rises the Liebre Range with fine views of the vivid Redrock Mountain. Looking out southeast is the broad composition of the Santa Clarita valley and Castaic Lake.

Views to the northwest are spectacular with Cobblestone Mtn and Slide Mountain towards the Pyramid Lake area.

To the west of Whitaker Peak you can peer into the vastness of the Los Padres National Forest, where the distinctive Piru Creek gorge arises and to the south are great views of Lake Piru. 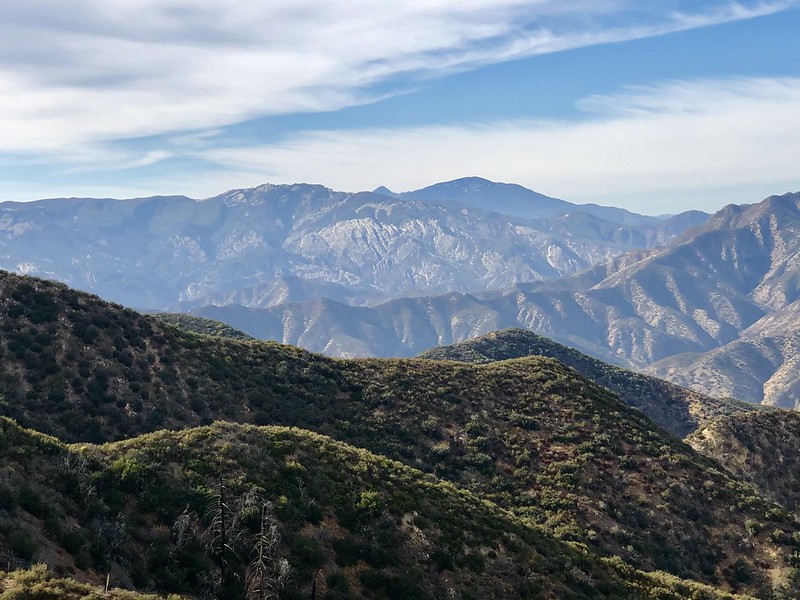 Another fine one. The concrete is the bottom step perhaps.