“ACTON -1944 – Four men were killed last Thursday in the crash of a Navy patrol bomber in the Sierra Pelona Mountains. William Ritter of Palmdale acted as guide to the group of officials who hiked up to the wreckage of the plane.

Lockheed Aircraft Company had sent these four men on a pre-delivery test flight using a Lockheed Model PV1. The flight started from Burbank and was to land in Palmdale. 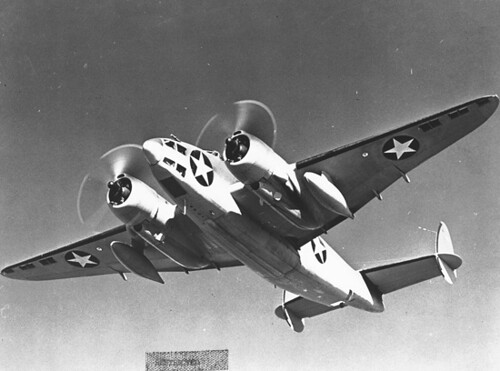 During the test flight, a line of heavy rain clouds obstructed the view of Hauser Mountain and surrounding ridge. The pilot, George Dory, was just 65 feet too low when his plane hit the mountainside

The plane burned after impact and the bodies were found badly burned and dismembered.

We headed to Ritter Ranch in the Sierra Pelonas to see what we could find. What was left of the plane was buried, but over the course of the years rainwater had eroded the hillside and the parts had resurfaced. 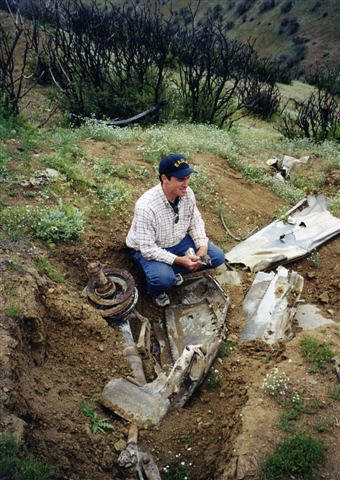 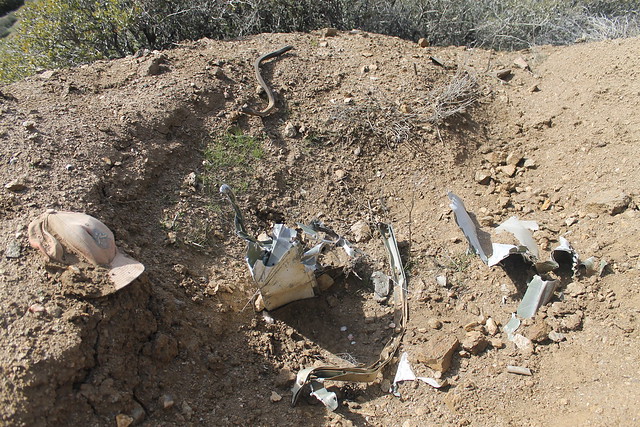 Some of the wreck parts as they look today. Not much effort was concentrated on examining the pieces 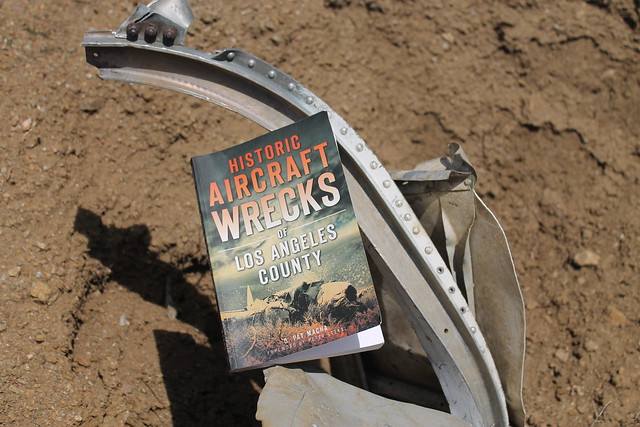 At one time someone excavated the wreck so only a few loose parts remain scattered.

Remembering those who lost their lives…

The scattered wreck would be forgotten if it weren’t for a beautiful plaque commemorating the pilot. At the time, erecting plaques weren’t common in fatality sites for aircraft wrecks. 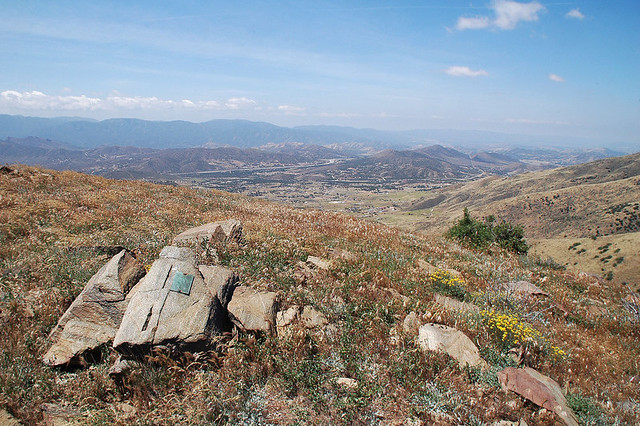 About 50 feet about from the site of impact. Plaque is bolted on a rock 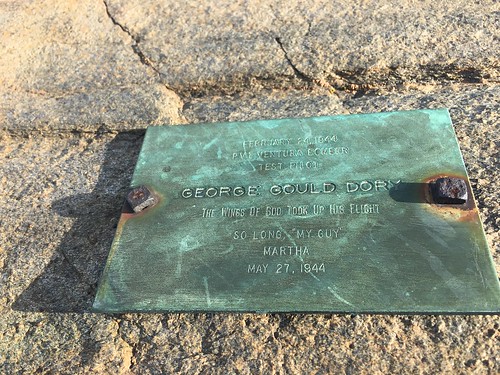 George’s young wife, Martha built this plaque on top of a nearby hill, as tribute to her husband.

One of the first written articles on this site Here

Here is G.Pat Macha’s article on the Lockheed PV1 crash