Mount Islip (8,250 ft) in the middle high country commands sweeping views over the heart of the San Gabriels, with far-ranging views of the Mojave Desert, the San Gabriel Valley and beyond. 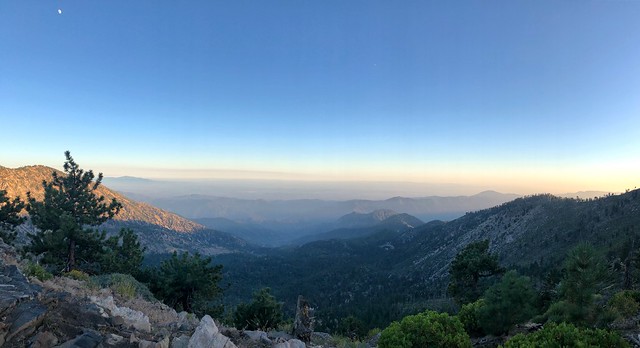 Spectacular Views on the way to Mt. Islip, including the Crystal Lake Basin and beyond

Because of its panoramic vantage point, the Los Angeles County Forestry Department installed a lookout tower here in 1927 under the direction of chief forester Spence D. Turner. The steel for the tower had to be hauled by mule pack train several miles from the nearest road. The county lookout towers in the 1920s (Mount Islip, Mount Gleason, Blue Ridge) were built with a stone hut nearby to serve as living quarters for the lookout staff and their family. On the other hand, the Forest Service lookouts included the living quarters in the cab. 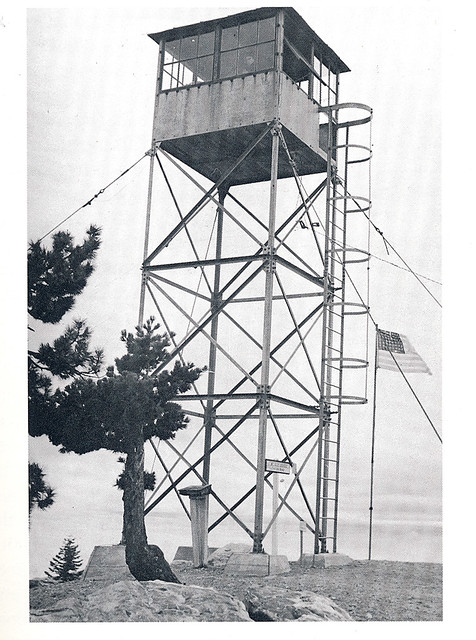 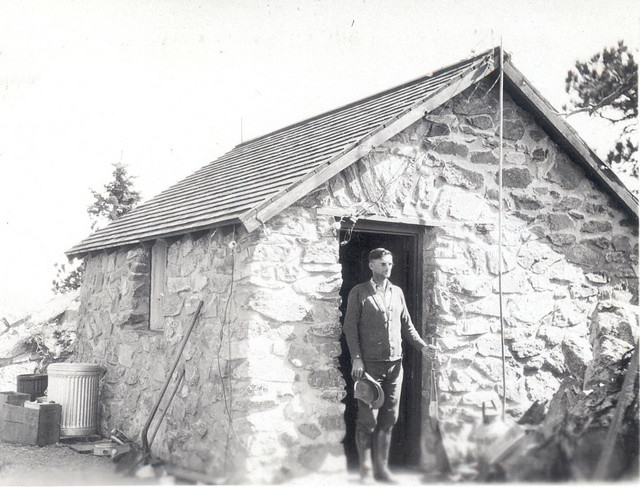 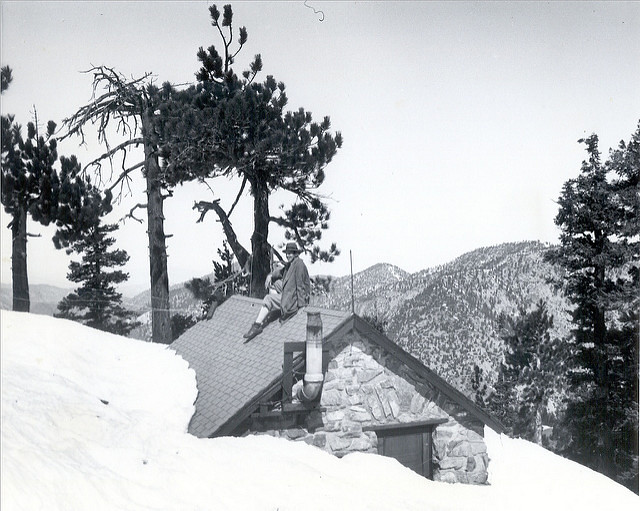 The Islip tower only stood for about a decade until being relocated to South Mount Hawkins in 1938 (although at a certain point it was renovated to include the cab.) Today, the concrete footings of the tower remain on Islip near the stone cabin ruins.

Many lookout structures were built over the Angeles during the 1930’s…I visited the one on Mt. Islip in 1936 and there saw and talked on the 1st Forest Service radio I had seen.  It was not as sophisticated as present radios.  You had to talk so loud, almost yell, you could almost just as well gone out on the catwalk and hollered at the next lookout.  Islip was on a fairly high steel tower with a stone and wood living quarter below.Kenyon Devore, July 1990
We paid five dollars a month rent for the one-room lookout we had at Mount Islip. It was just a tower, and we’d come down at night and sleep and cook our dinner in this little one-room stone cabin with a cement floor. The cement floor was full of little holes. Irwin [husband] asked his boss, “What are all those little holes?” He said, “One of the fellows that stayed here used to sit in bed and shoot the rats.” He had the nerve to tell us that. I was scared to death. There was just room for two people to sit there, that’s all. It was four miles to pack in to this lookout, and they would bring groceries up once a month. Every week we would get twenty gallons of water, and there was a spring about two and a half miles away. You could go down there and get a little extra water. We kept the water in a great big garbage can, clean garbage can, and we had to keep a chain on it with a padlock because people would hike up there and they would want a drink of water. This was all the water we had for cooking, for bathing, for cleaning dishes, and everything else. You learned to get by with twenty gallons of water a week. Looking back, we enjoyed it. We had lots of hikers that would come up to the tower and talk. I remember one time — all we had was a telephone and the Forest Service radio — we heard music coming up the trail. It was Irwin’s oldest brother, and he had brought a battery-powered radio for us to use. Boy, that was wonderful. It was battery operated. No electricity. In fact, we didn’t have electricity in lots of places. But you get by without it. If you don’t have it, you don’t miss it.Mary Ellen Bosworth from The Lure of the Forest, Oral Histories from the National Forests in California 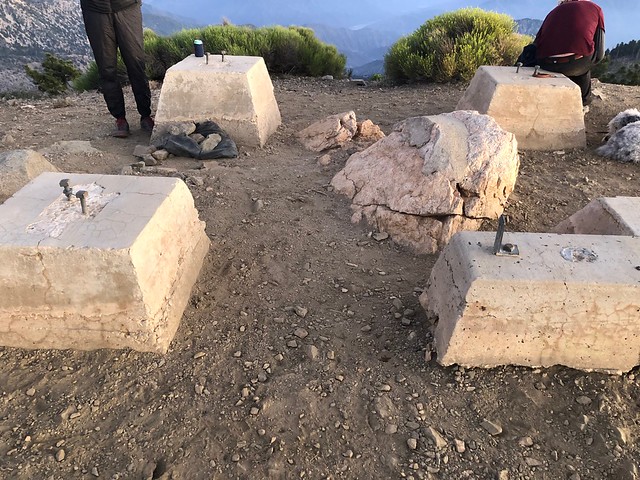 The lookout footings on the summit

Some names of lookout personnel gleaned from newspapers include David Heistand in 1929, Sherman Foster in 1931, and Glen E. Keesee in 1938. Sometime in 1938, Keesee was found unconscious on the floor outside of the lookout after suffering from food poisoning. A group of kids found him and called for help while taking over his lookout duties. 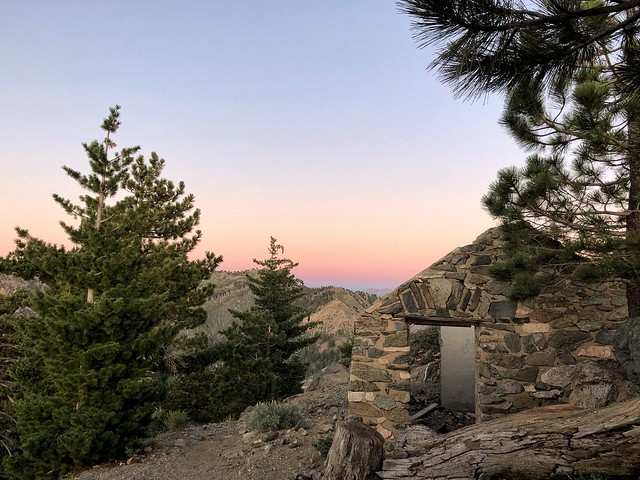 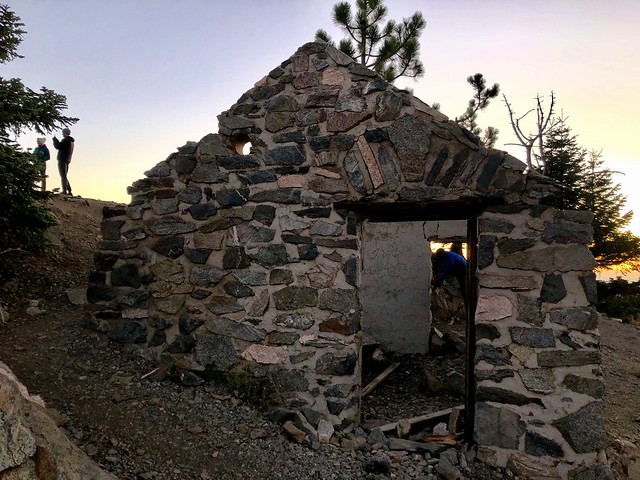 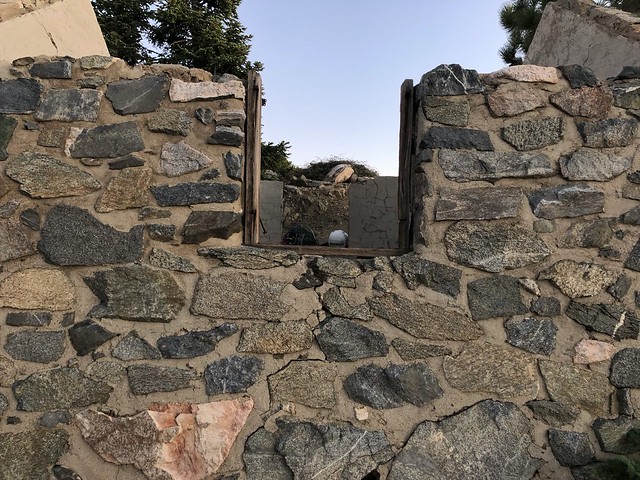 A look back into history

On one of the lookout tower footings an inscription reads: 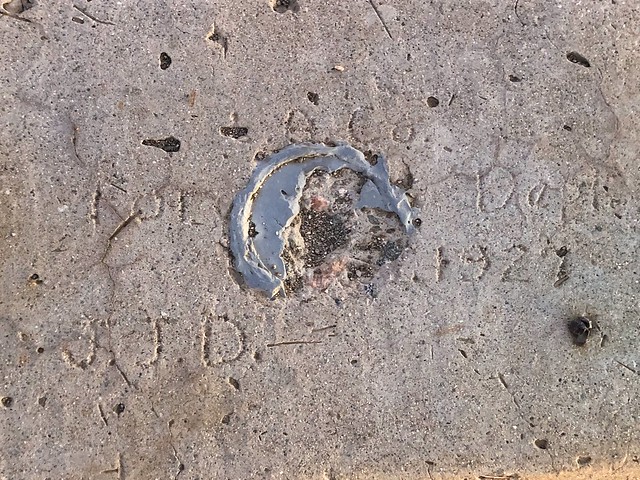 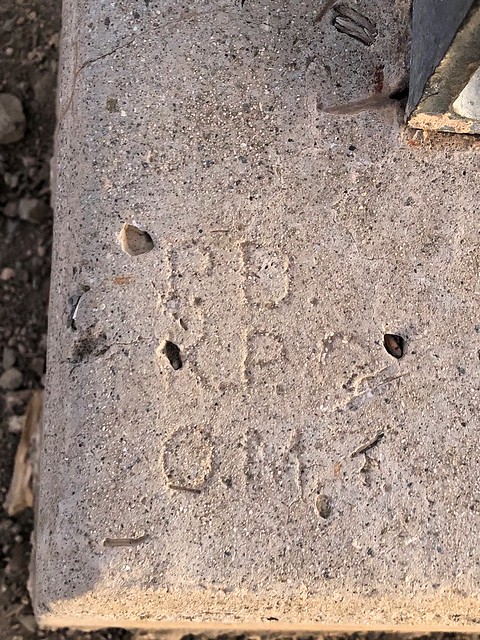 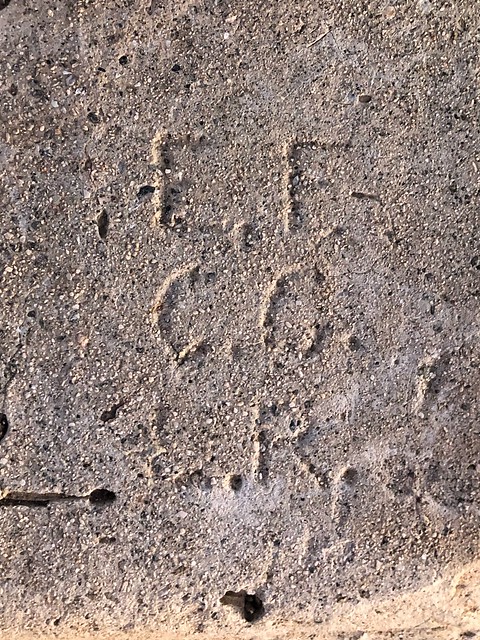 Some initials are hard to determine for sure, but they might belong to the builders or leaders of the county forestry at the time of its installment. 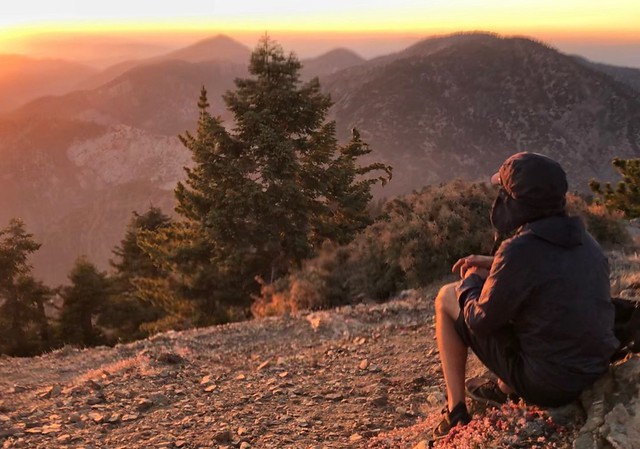 This is a great post and valuable history. How was the hike? Route?

I am forever great full for your time spent researching and visiting these historic places.

Thank you for creating a wonderful site! So valuable!

Thanks for visiting this blog Jane! I always appreciate others who love forest history