Mt. Burnham is a forest bump which sits in the middle high country between Throop Peak and Mt. Baden Powell. Measured at 8991 feet, this peak was named in 1951 after Major Frederick R. Burnham, a British army officer and explorer who was later an advocate for the Boy Scouts movement.

An interesting alternative to hiking up Mt. Burnham is via Lodgepole Picnic Area (a decommissioned picnic still labeled on old topo maps). This route is the easiest but most direct, gaining about 1500 feet in 2 miles round trip. The area doesn’t receive a lot of foot traffic and has missed decades of fires so it is in pristine condition. 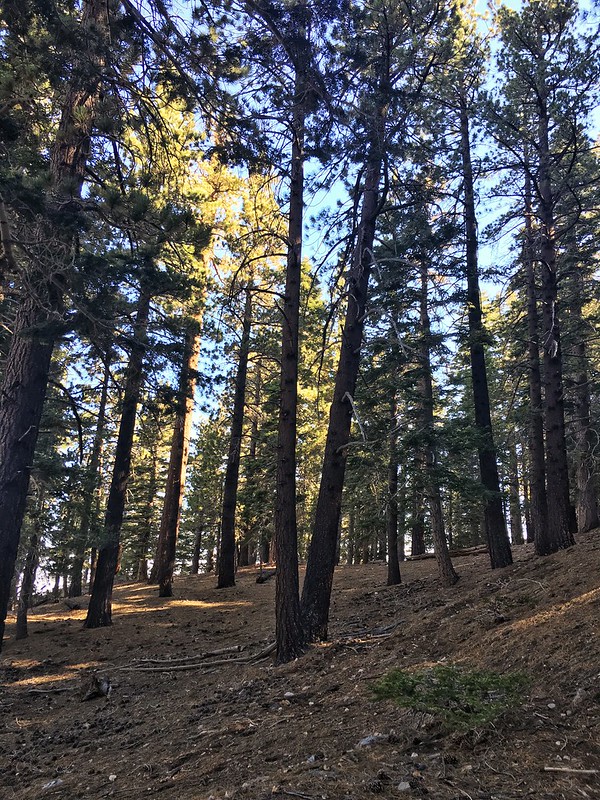 The ground is covered in crunchy pine needles forming a thick blanket under every footstep. 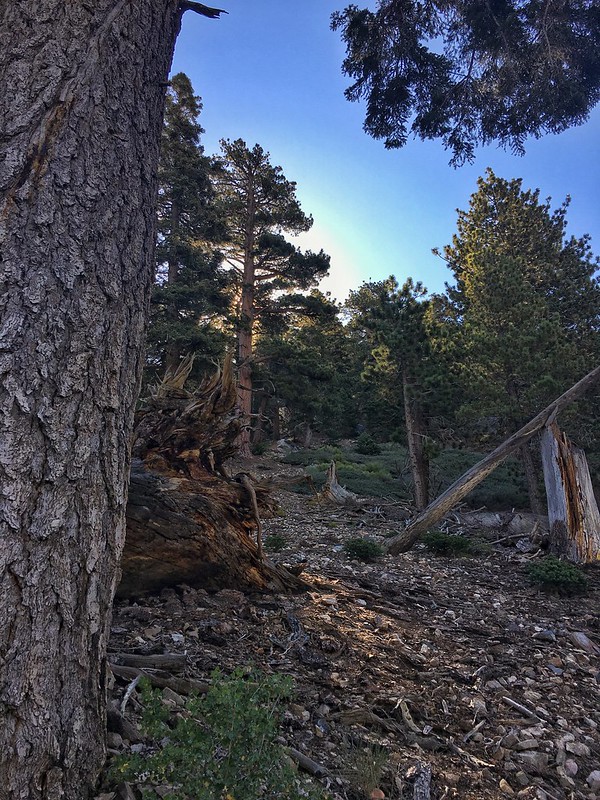 Steep cross-country under pines. Plenty of wildlife thrives in this area. 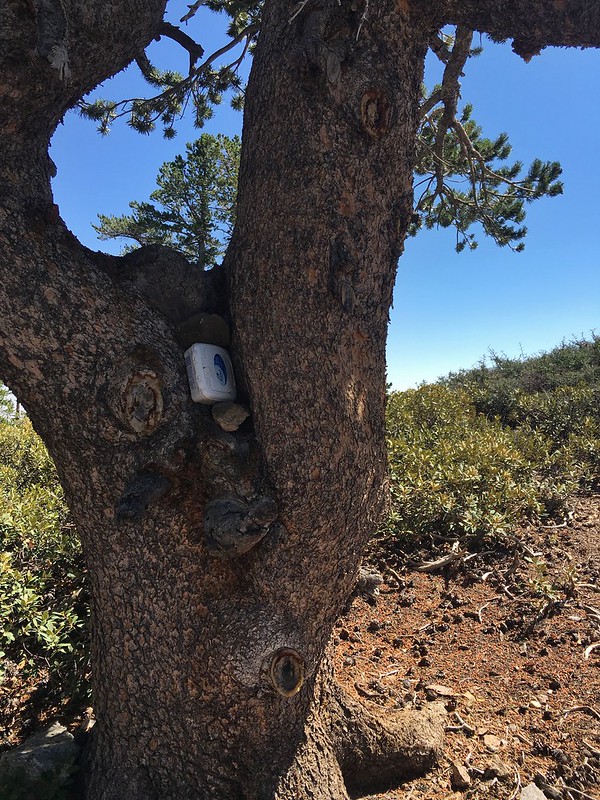 Summit of Mt. Burnham. Plenty of bees in nearby bushes

Besides summiting Mt. Burnham, I was looking for a historic aircraft wreck I had read about located near the summit of Mt. Baden-Powell. Specifically, a glider made by Schempp-Hirth called Cirrus (registration #N6664) that crashed on October 9, 1971. Apparently a witness saw the glider climb across the mountain ridge and then turn to recross the ridge but hit the trees on the downslope. The pilot did not survive.

The wreck is located between Mt. Burnham and Mt. Baden-Powell. It’s included in the book Historic Aircraft Wrecks of Los Angeles County by G. Pat Macha and the only other online account can be found here 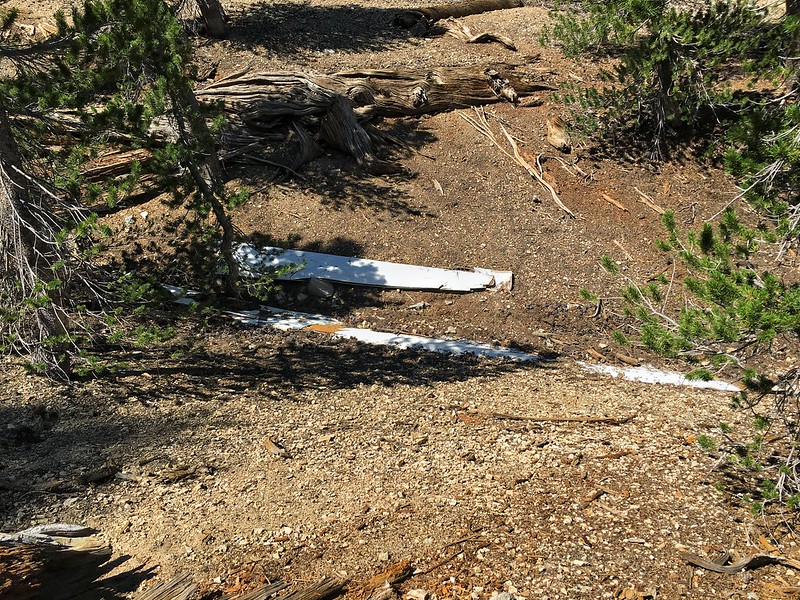 Wing of the Sailplane 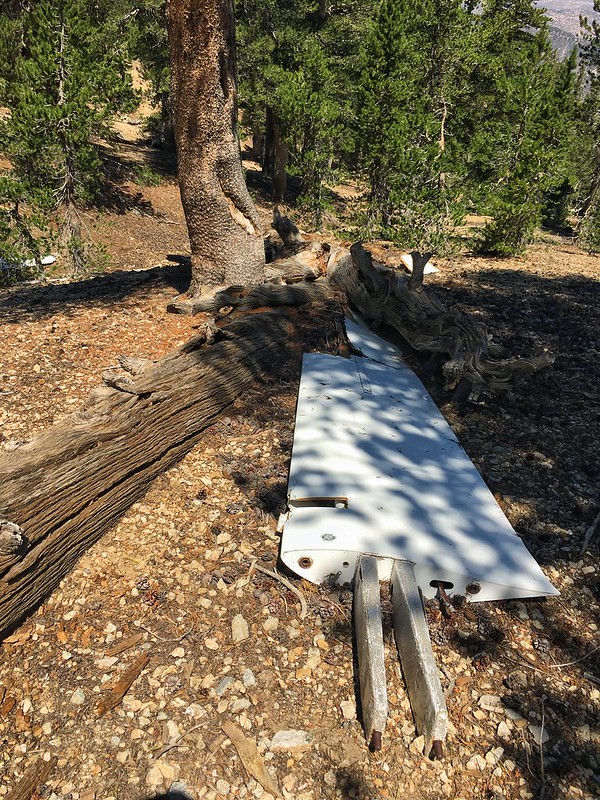 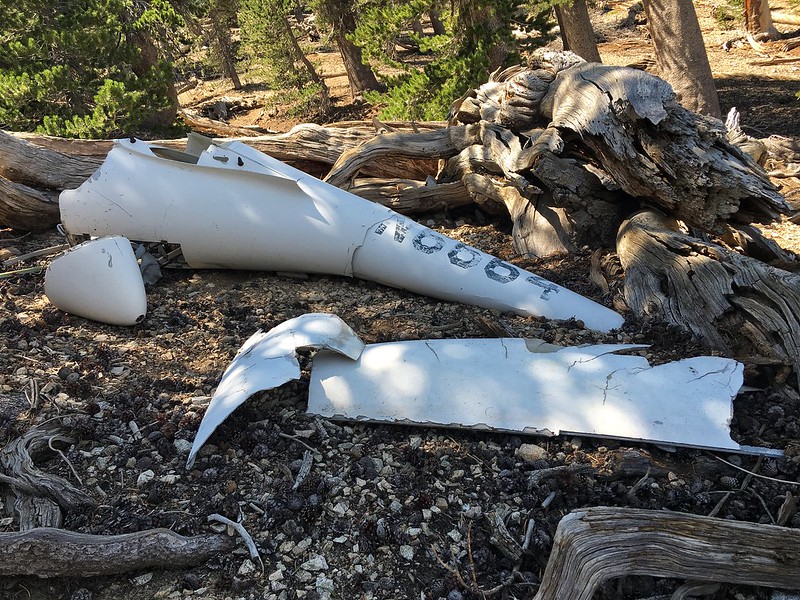 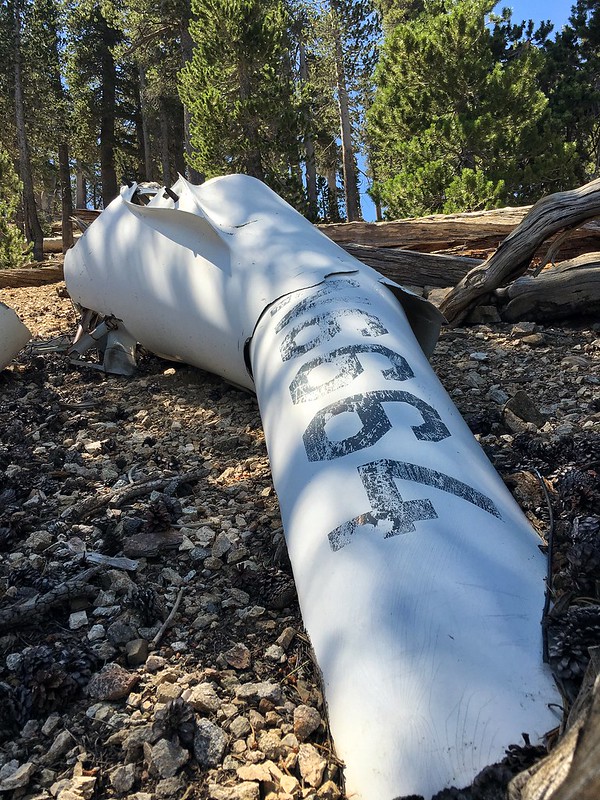 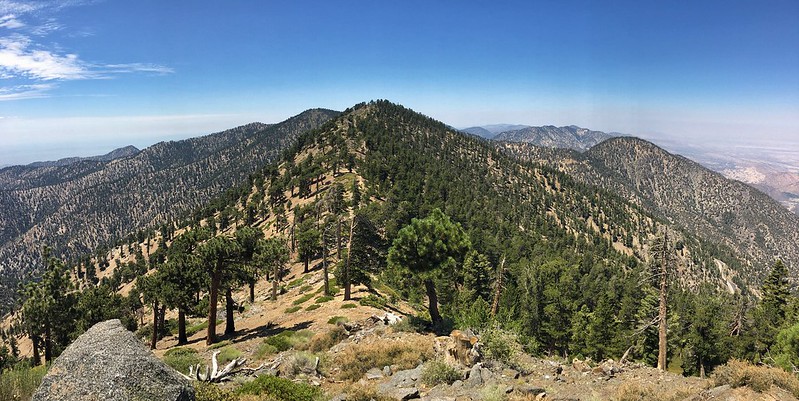 A look back towards beautiful Mt. Burnham.