Today, motorists fly by on Highway 39, unaware of a canyon with a very dark secret from the gold mining days. Brown’s Gulch of San Gabriel Canyon was previously called Dead Man’s Gulch until being renamed in the 1880s after a prospector named Brown. He discovered a silver ledge in the area and believed it to be an extension of the nearby Victoria mine vein.

When prospector Brown found the silver discovery, he rode back at breakneck speed into town to share the news of his newfound wealth. He celebrated at all the Azusa saloons, liquoring up to the point of no return. He staggered on to his canyon home later that night. The next morning, some neighbors went in to check on him but found his lifeless body on the floor. The cause of death was apparently alcohol overdose. Thus, Brown took the location of his silver discovery to the grave!

So wouldn’t Dead Man’s Gulch still be an appropriate name? 🙂 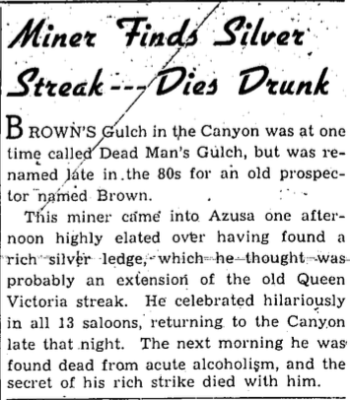 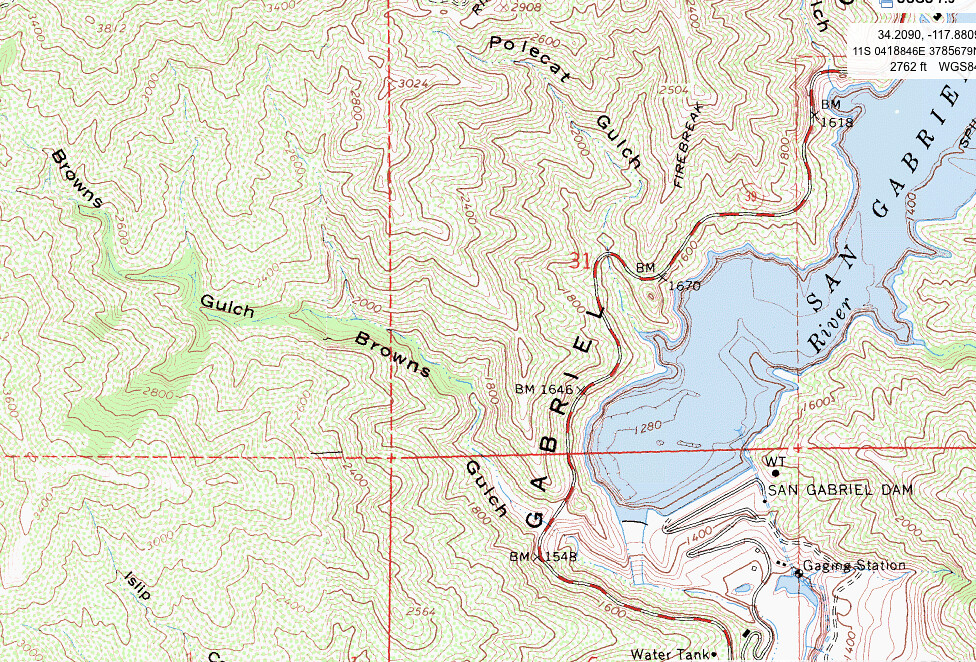 Fascinating! Did any miners go back and try to locate what Brown claimed he’d found? Maybe you could! 😉

I went searching for the Victoria Mine one day. All I found was an old pot farm.
That mine is hopelessly lost in the brush somewhere.