Mendenhall Peak at 4636 feet, sits above Little Tujunga Canyon at the western end of the San Gabriel Mountains of Angeles National Forest. 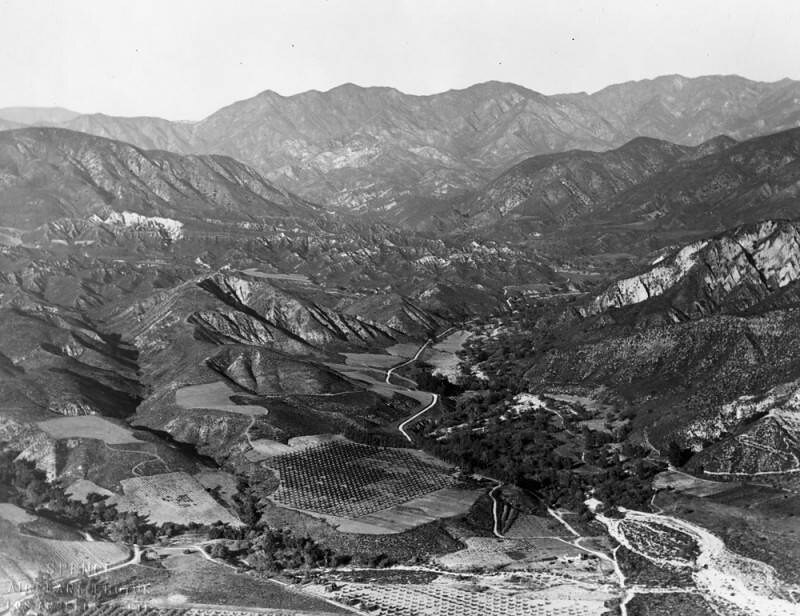 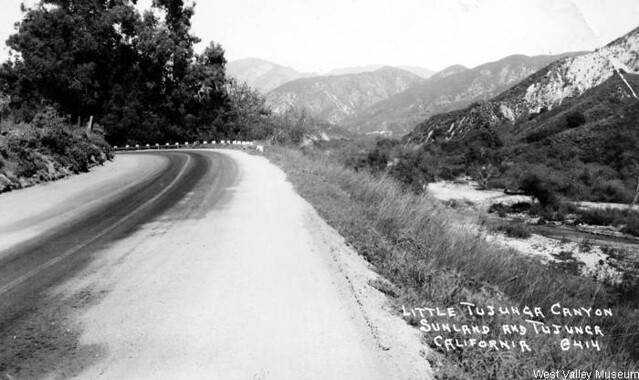 Mendenhall Peak was named after Frank Mendenhall, a 19th century hunter, trapper, and explorer and father to William V. Mendenhall, the former supervisor of the Angeles National Forest. It was William who named the peak for his father, who was killed in a rock slide when William was young.

Bill’s father often took his family hiking in the mountains behind Pasadena. Unfortunately, one such hike turned into a terrible tragedy that caused their father’s death. It was vacation time, with married children home to visit. With excitement, the three sons and Frank had gone hiking in the Pasadena mountains. They were following a narrow, dusty trail, along a deep canyon far below. When from the hillside above, a rock was knocked loose by a goat. The rock tumbled down striking Frank on the head. It knocked him out cold. Frank Jr., Ken, and Bill carried their father down the trail and home to their mother. He was semiconscious for several days: sometimes alert enough he would rise to walk about the home or garden. But he didn’t get any better, dying on 20 August 1910.“The Forester” By S.A. Mendenhall 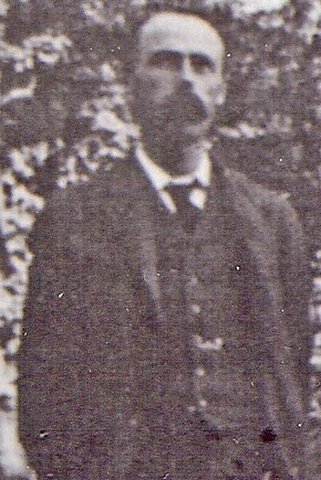 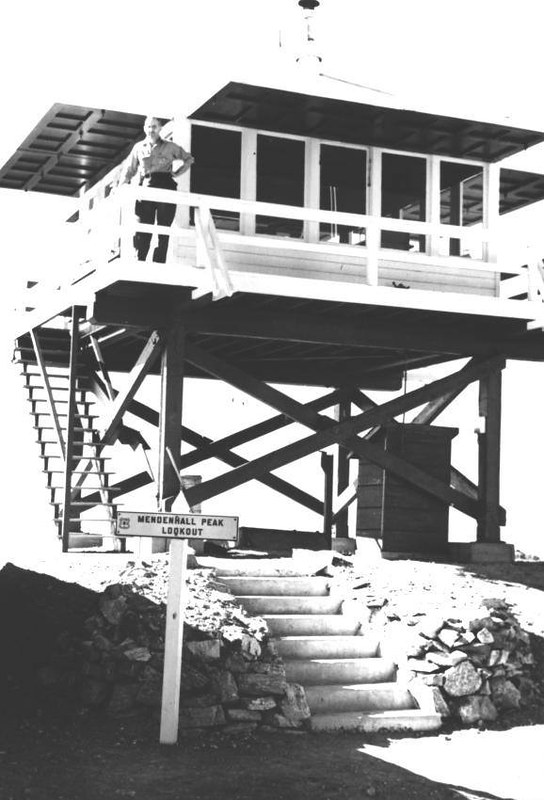 The lookout station has been referred to as “Highline” lookout a few times in the 1950s including in The Signal Aug 26 1954, The Los Angeles Times Sep 14 1954, and in the Newhall Telephone Directory January 1958. In modern maps, the name Highline was retained only for Highline Saddle, a halfway mark to Mendenhall Peak from Dillon Divide. 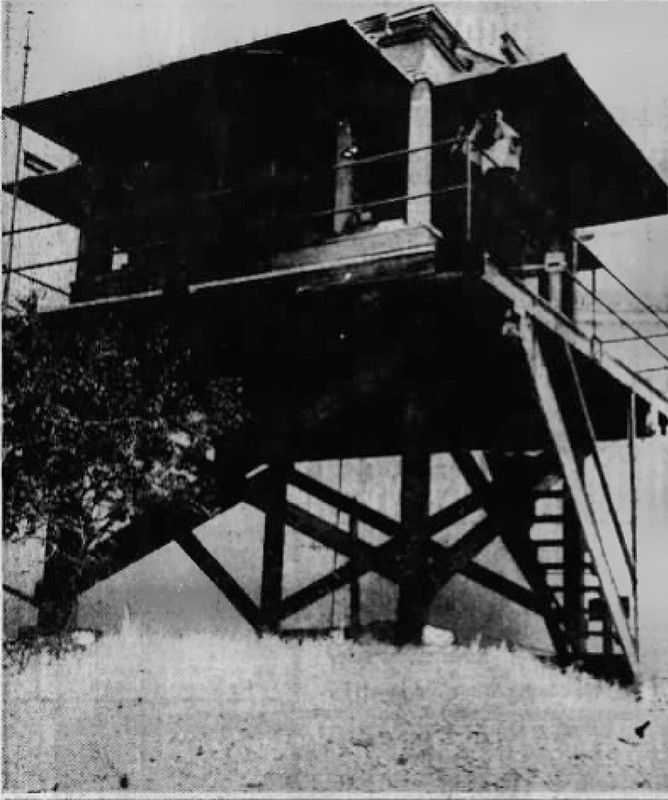 Peggy Hotchkiss using glasses on the ‘porch’ while she pinpoints a fire with a peloris. Credit: The Los Angeles Times, Aug 1963

Lookout staff included Arthur Giesen in 1949, Martha Gist with her husband 1954-1956, Patsy van Leer in 1960, and Peggy Hotchkiss 1960-1966. In 1960 a major brush fire was set deliberately in Little Tujunga and threatened the lookout. Patsy van Leer the 27-year-old U.S. Forest Service lookout had to escape from her post and was rescued by helicopter. The fire had come within a quarter mile of the lookout 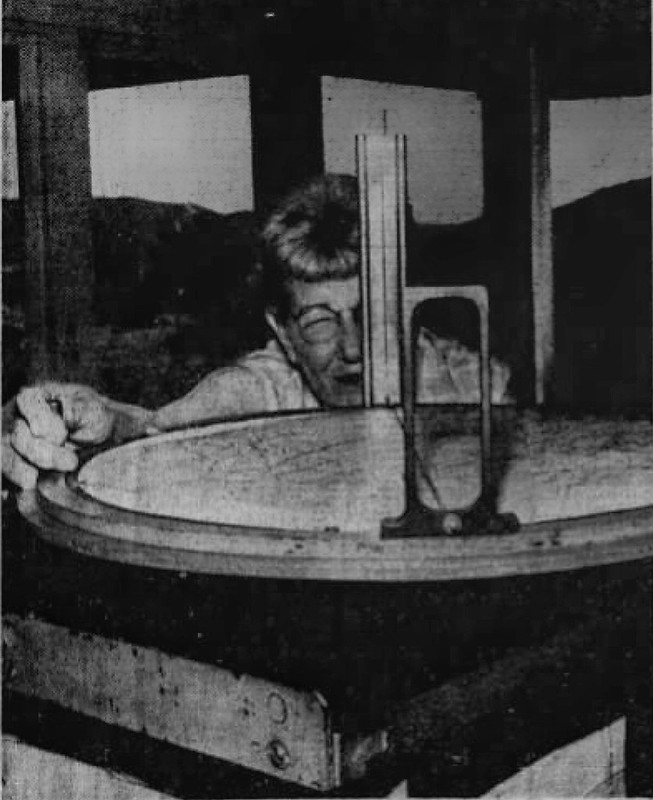 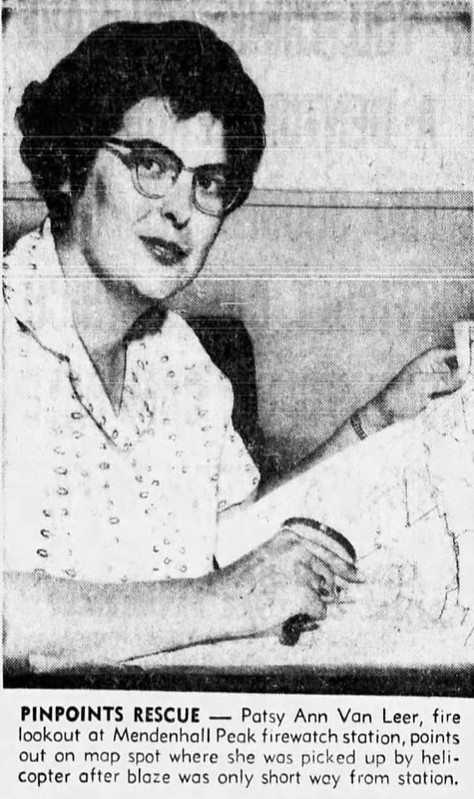 Patsy Ann Van Leer points out where she was picked up by helicopter after the blaze. The Los Angeles Times, Jun 1960

The Mill Fire of Big Tujunga in 1975 burned 47,000 acres and was the second largest forest fire to hit the Angeles National Forest. Hot Santa Ana winds fanned the fire with gusts up to 60 mph. In the end, the fire razed 43 buildings including the forest lookouts on Josephine Peak and Mendenhall Peak. 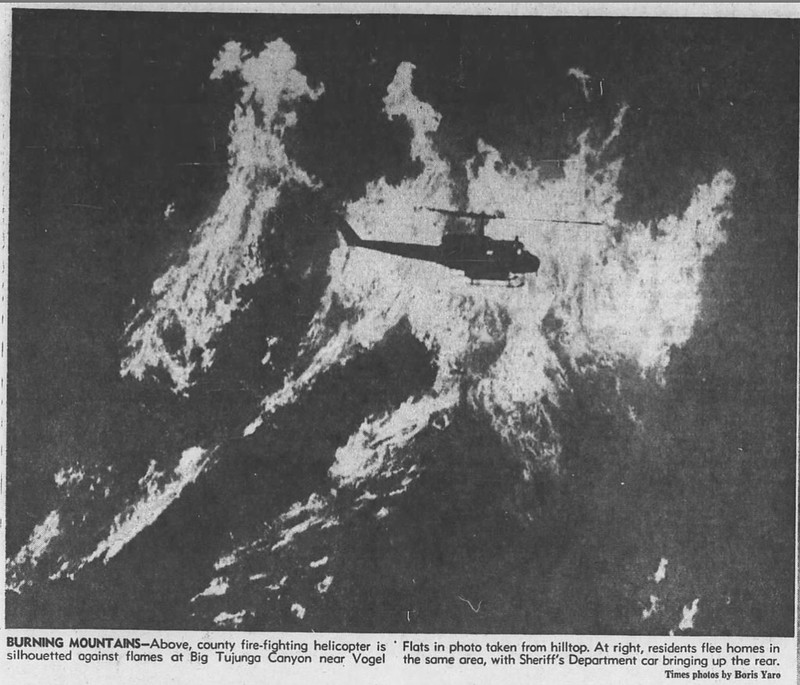 Although Mendenhall peak was named after his father, William V. Mendenhall’s contributions as forest supervisor led to epoch-making developments in the Angeles National Forest.

Born in Pasadena, William worked as a teenager at Mt. Wilson Observatory, then as a mule packer for the forest camps in Big Santa Anita canyon and to Barley Flats. 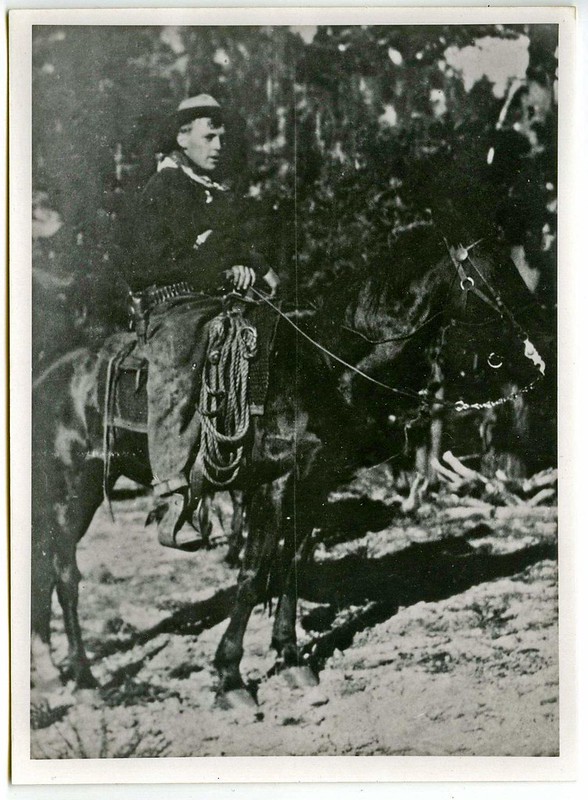 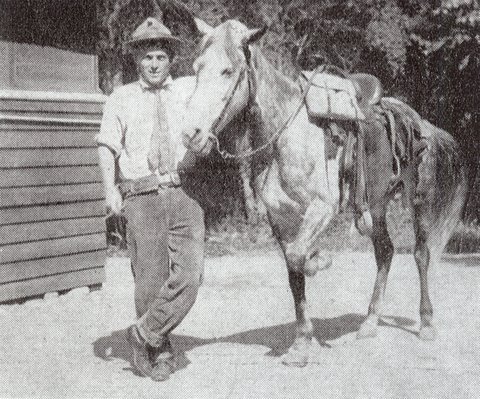 “In Lopez Canyon, he had a dapple gray horse named “Billy Boy” that he rode up and down the mountain for trail checks and rescues. He spent many years in the saddle on the trail…”-S.A. Mendenhall, credit: S.A. Mendenhall

He began working for the Forest Service in 1911 at age 21 as a Forest Service Guard and was assigned to Lopez Canyon above San Fernando Valley. He moved up the ranks from Assistant Forest Ranger to Division Ranger in San Antonio Canyon. From 1922 to 1929 he was the Assistant Supervisor of the Santa Barbara Forest (now Los Padres National Forest) 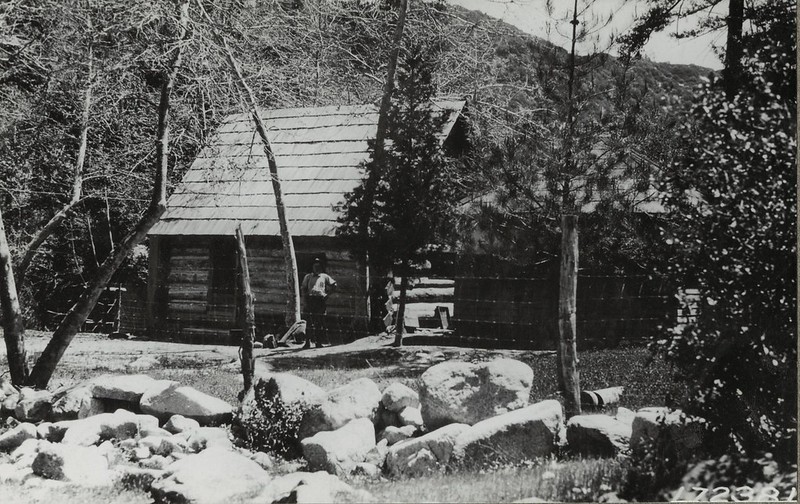 From 1929 to 1956 Mendenhall served as the supervisor of the Angeles Forest, the longest held position in forest history. Under his stewardship, the Angeles Forest modernized its firefighting techniques, and the Civilian Conservation Corps built networks of fire roads and lookouts equipped with telephone and radio systems. Mendenhall enhanced public forest recreation with new campgrounds, picnic areas, and trails.

The construction of the Angeles Crest Highway was started in 1929 when Mendenhall became Angeles Forest Supervisor and was completed by 1954-55, creating greater public access to the mountains. He even gave the highway its name. 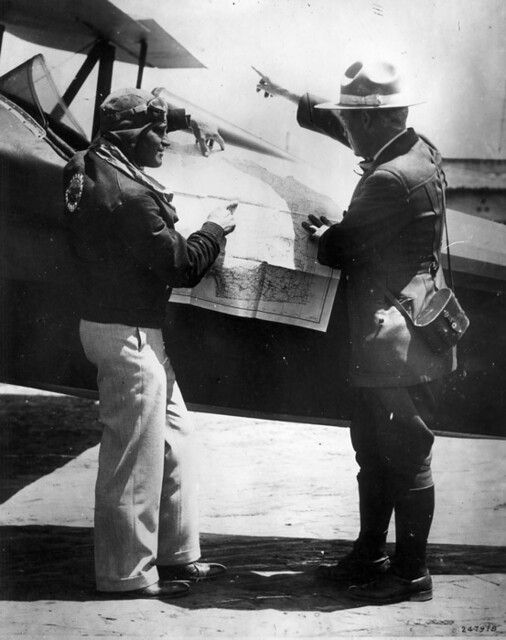 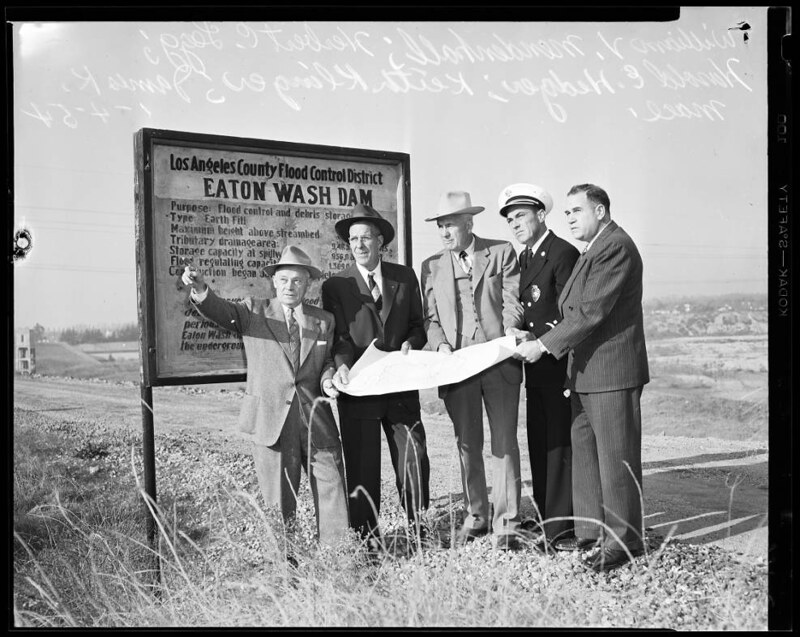 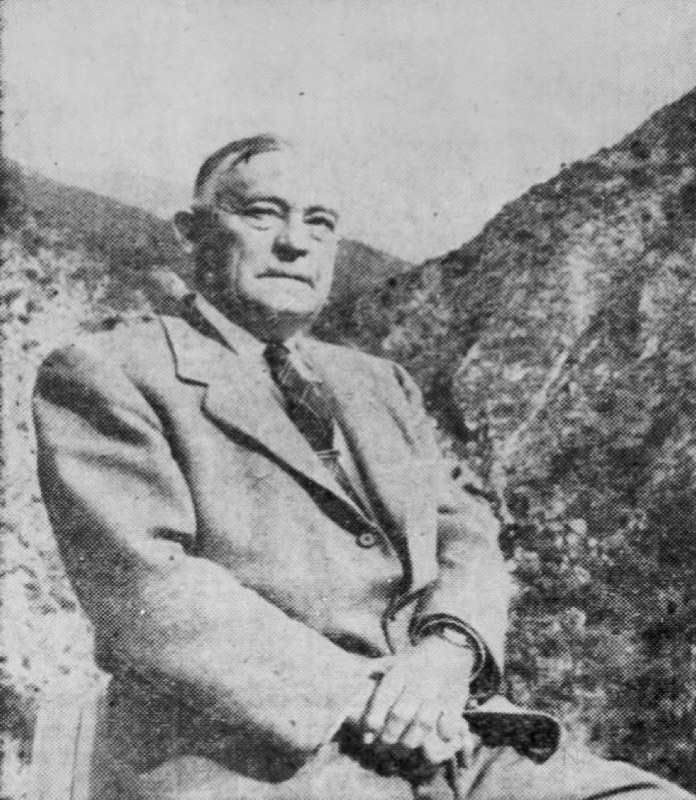 Mendenhall was a wonderful guy. He’d started out on the Angeles when he was sixteen years old, as a packer. In those days, they had the forest split up into two ranger districts, one on the east side and one on the west side. He’d been ranger at both of those for a number of years. He was well liked in Southern California. In fact, he was Mr. Forest Service…Harry Grace remembering Bill Mendenhall in The Lure of the Forest, Oral Histories from the National Forests in California. 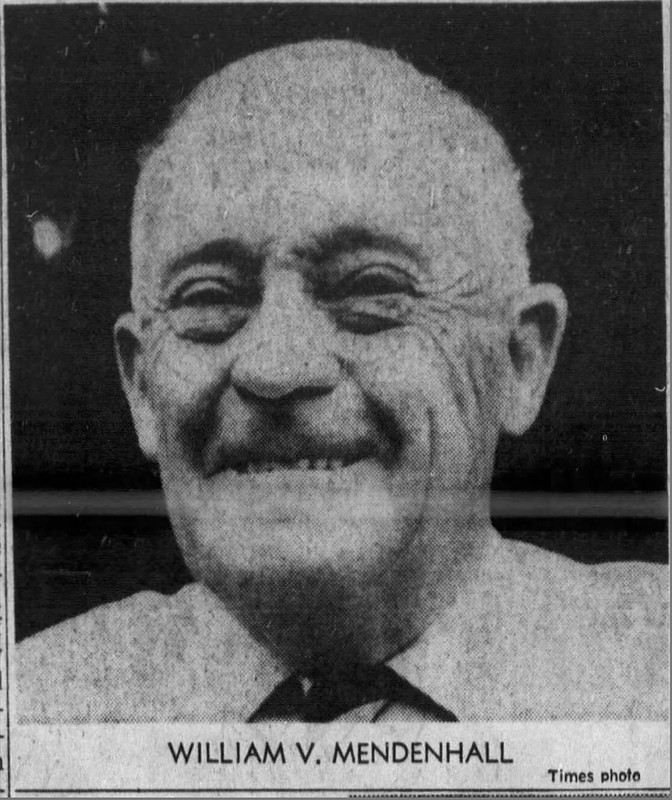 Thanks for your service! From LA Times, Jan 1960

Many thanks to the wonderful Mendenhall family for providing photos and information on William V. Mendenhall including a copy of  “The Forester” William Vandever Mendenhall 1889-1973, California written by S.A. Mendenhall. Thanks to Katie Mendenhall for connecting me to the family resources.

Your scholarship and ability to convey this history remains superior to those others of us that make lesser attempts. Please keep up this amazing work. ANF should commission you, paid or not.

Appreciate your excellent research on these topics.. keep it up, Missy. Concur with Michaels comments.

Great history of Mendenhall Lookout. I would visit in in 1975 while working on Engine 5-11 at the North Fork Saddle Ranger Station.. I got to know the area fairly well. I remember getting involved in doing some demolition that year at the old Soledad Canyon Ranger Station and Mt. Gleason Nike Site..

thats pretty interesting you got to experience that and see the lookout towers in person! So jealous of that! Any pictures would be appreciated