In the 19th century when silver was discovered in the main canyon of the San Gabriel, two prominent mining companies were promptly organized (The Kelsey Mine and Victoria Silver Mine) to exploit the silver deposits high on Silver Mountain.

The Kelsey Mine is located above the Morris Reservoir high on the west slope of San Gabriel canyon. It was opened in 1881 by Henry C. Kelsey. A 5-stamp mill was erected below the diggings and ore was conveyed from the walls of Silver mountain to the mill by an elaborate system of tramways and chutes. 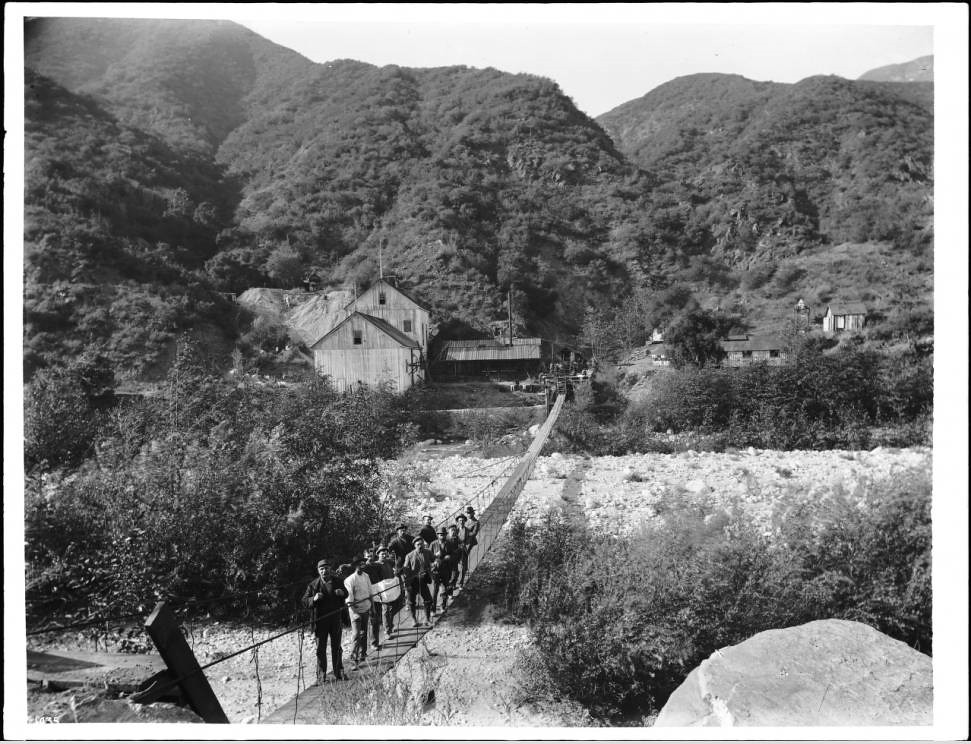 Kelsey Silver mine operations. Photo from the California Historical Society Collection at USC.

The mine was believed to contain an immense wealth of silver. However, after a few years of the mining, production was failing to keep up with investments as the silver ran out (there was only a few rich pockets of ore in Silver Mountain but not in paying quantities) The Kelsey halted regular operations by 1894 and was worked on intermittently until 1910 and again in the 1930s.

“Today the old mill site is under the waters of the Morris Reservoir, and the tunnels and excavations high on the mountainside are eroded and overgrown with chaparral”

Finding the Kelsey Mine in Modern Day San Gabriel Canyon.

The Kelsey mine operations occurred a few miles up Highway 39 of San Gabriel Canyon and the tunnels are located high up Silver Mountain in Water Canyon. The best approach is by hiking about a mile & a half on Silver Fish Rd (2N28) and then dropping down to the canyon.

Being down in an overgrown canyon means you will need: 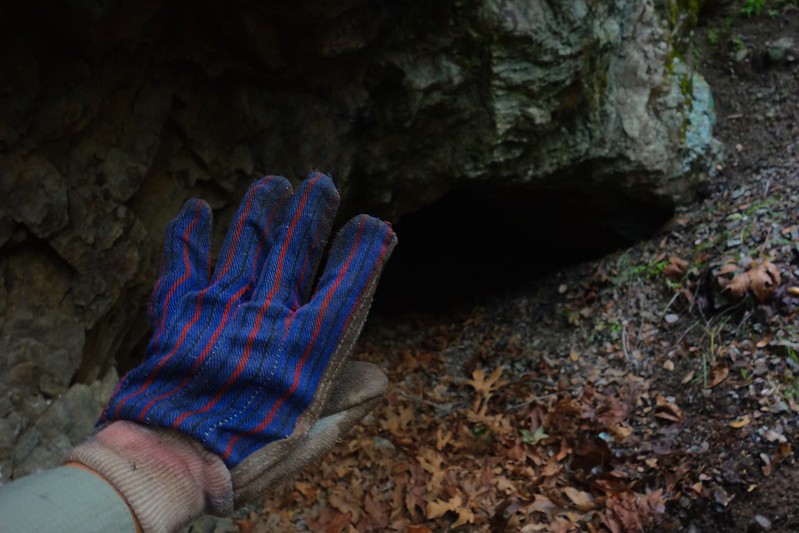 Of course, the TEN ESSENTIALS (esp. first aid kit since you are more prone to scratches and stuff for being off-trail!)

It was a grim cloudy Friday morning when we set out to adventure to Kelsey mine. It even drizzled on the way up to the mountains. The plan was to just adventure out as much as we can, at best finding the lower (Kelsey Annex) tunnel, so we had very realistic and low expectations of finding much. 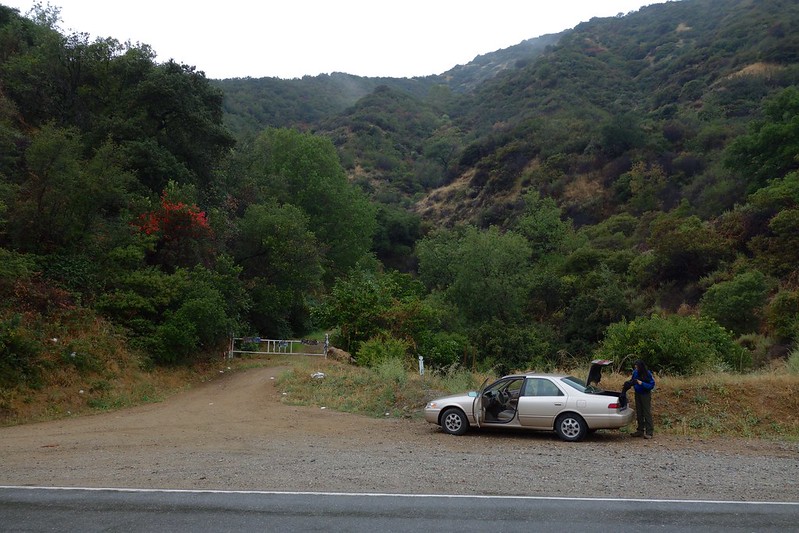 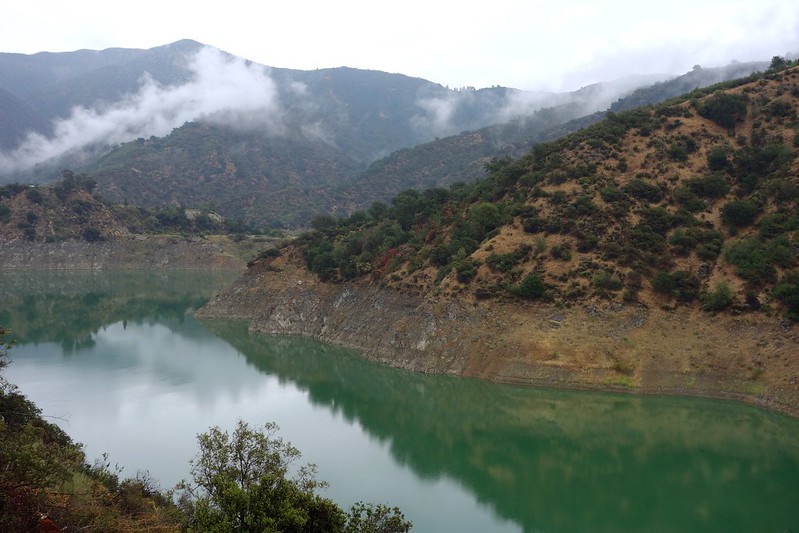 View of Morris Dam much of the way up Silver Fish truck rd. 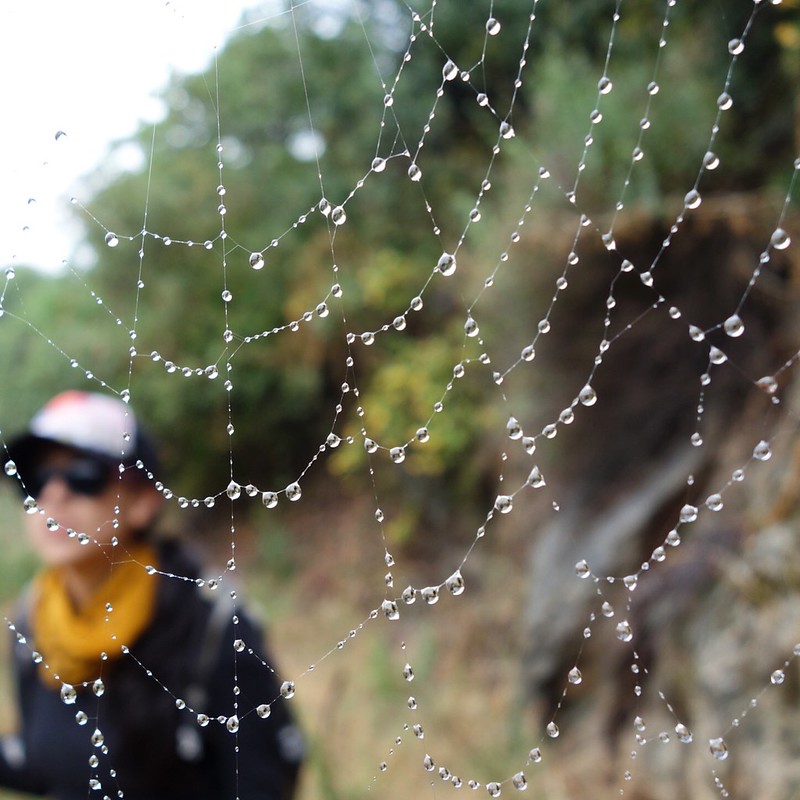 We encountered much diverse brush and bugs n’ spiders on the trail. 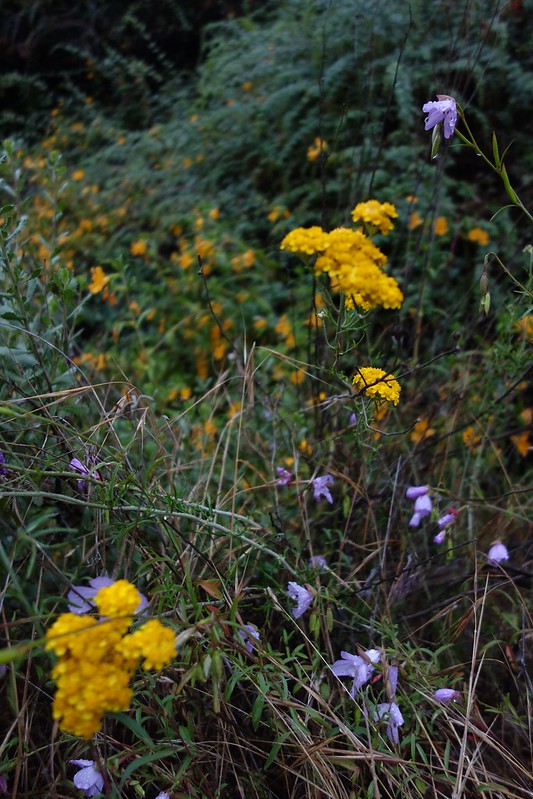 Silver Fish Road alternates between a maintained trail to a heavily overgrown roadbed, meandering in a northwesterly direction. Just about where it makes a sharp left and after identifying an old water tank across the canyon, you drop into the canyon. We traced a faint trail to the bottom of the canyon and veered right to head downstream. 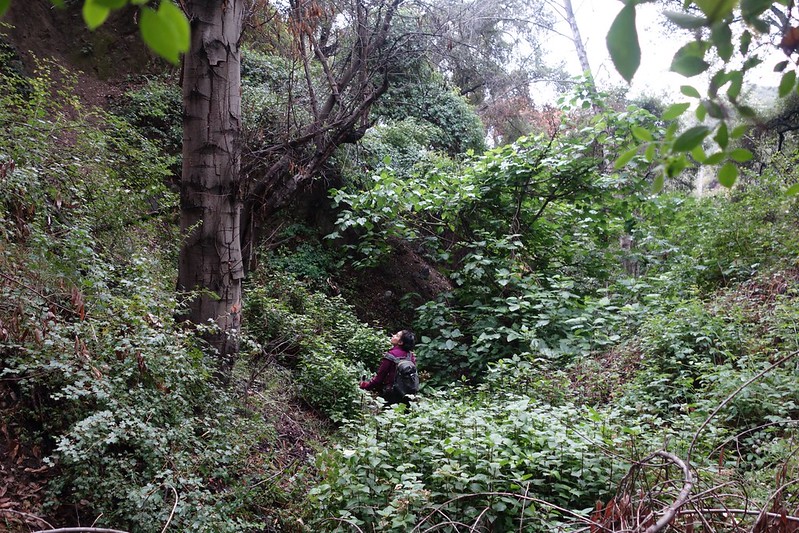 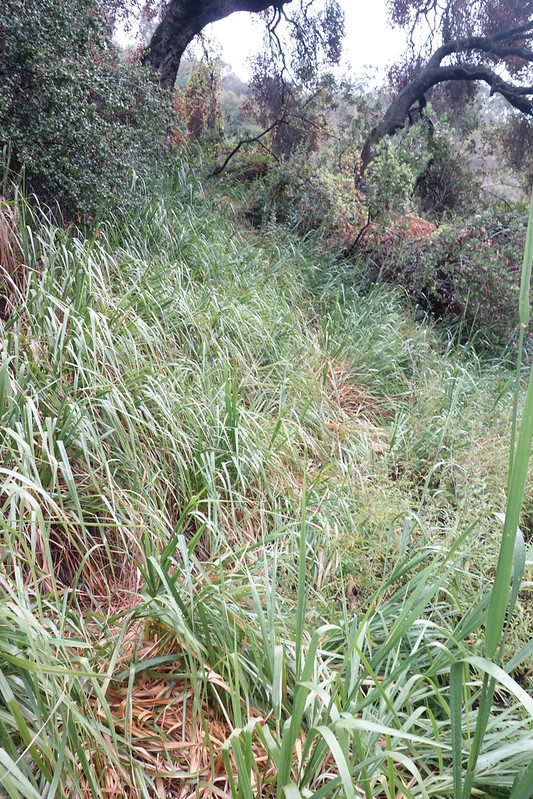 Hiking through and across some tall grass towards the steep bank 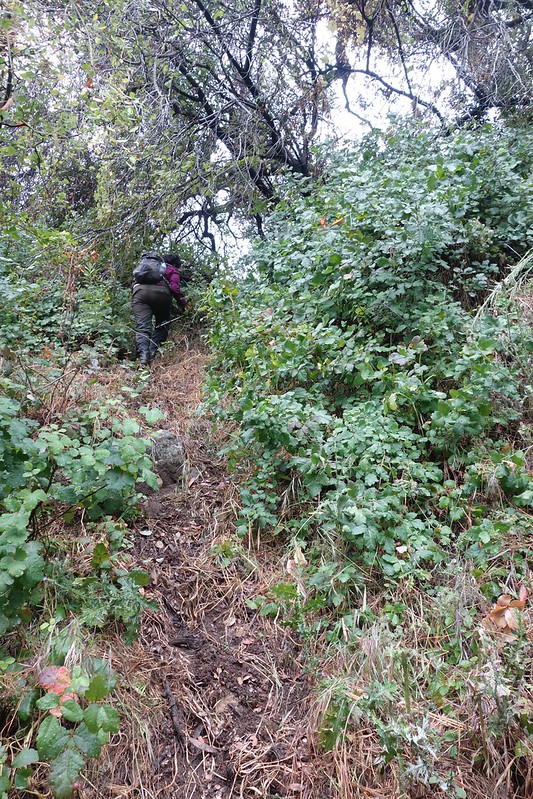 Almost to the top of ridge. Its steep but only for a short while.

Once at the main branch of Water canyon, you’ll head upstream for awhile, dodging poison oak, bush-whacking, getting stabbed by thorny bushes. You’ll soon encounter the canyon diverts left and right. GO LEFT. Although it doesn’t seem like it because the canyon is a bit smaller/narrower. If you go right you’ll end up hitting an impassable waterfall.

Once passed that junction, the most challenging obstacles are having to climb a set of four waterfalls. Rope was not necessary as there were many footholds, tree branches and roots to hold on to. 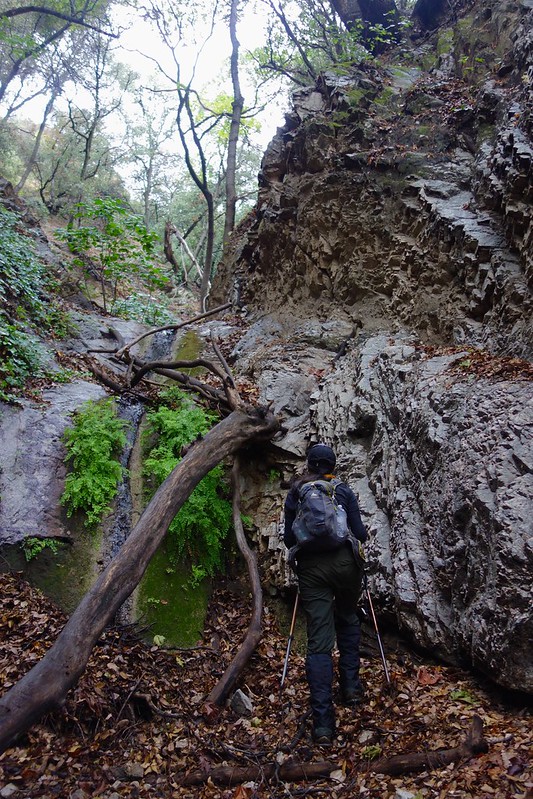 Approaching the second falls. Loose rock and slippery but manageable. 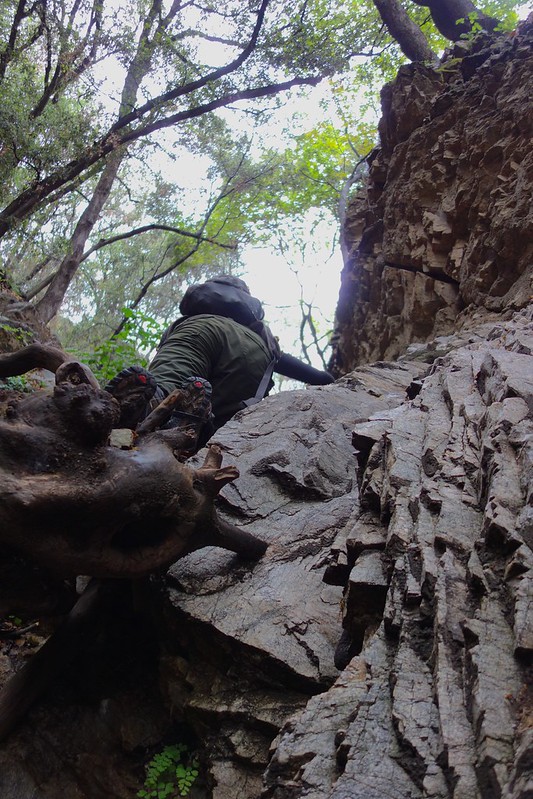 After a couple of more waterfall climbs, the mine entrance will be on the right. You can’t see it right away, you have to scramble up another steep and loose bank to get to it! 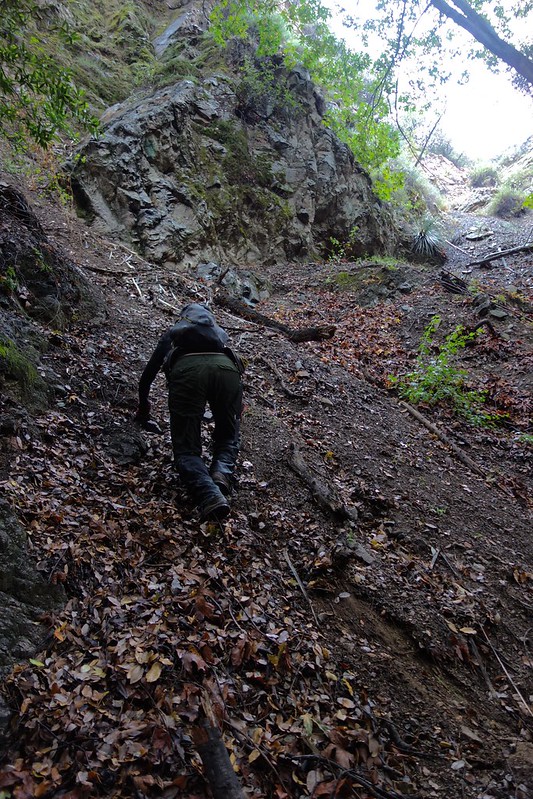 Almost there! can’t believe we made it! 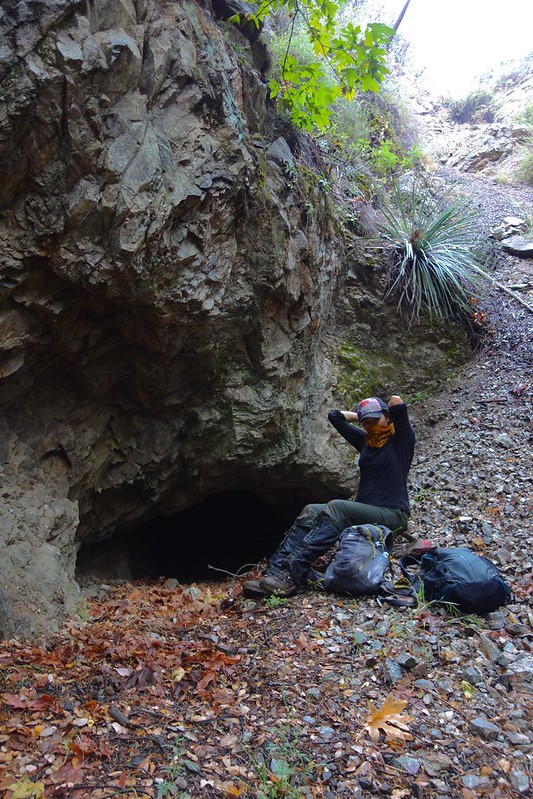 Very small mine entrance. But don’t worry once you crawl inside the ceiling is higher. 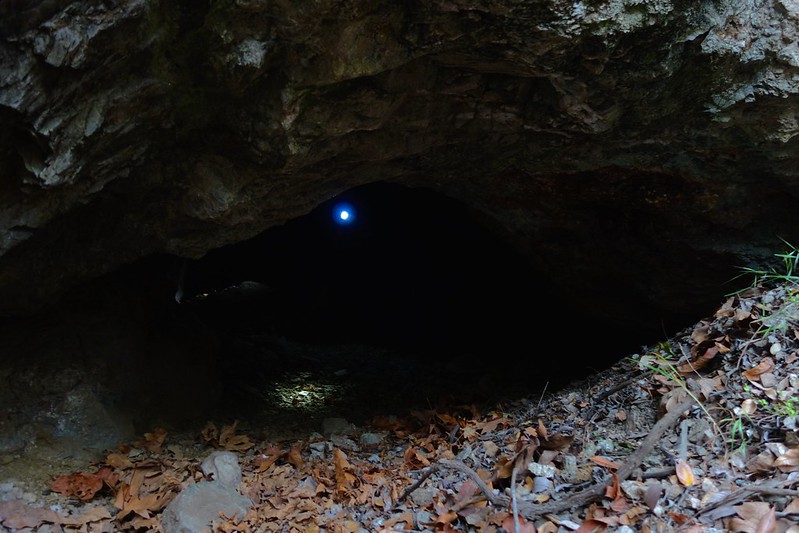 Inside the mine shaft. Ready to explore! Not for the faint-of-heart claustrophobics!

According to Hugh Blanchard’s write-up, the mine was measured at 654 feet, with two levels. The lower level has a flooded passage of ice cold water. 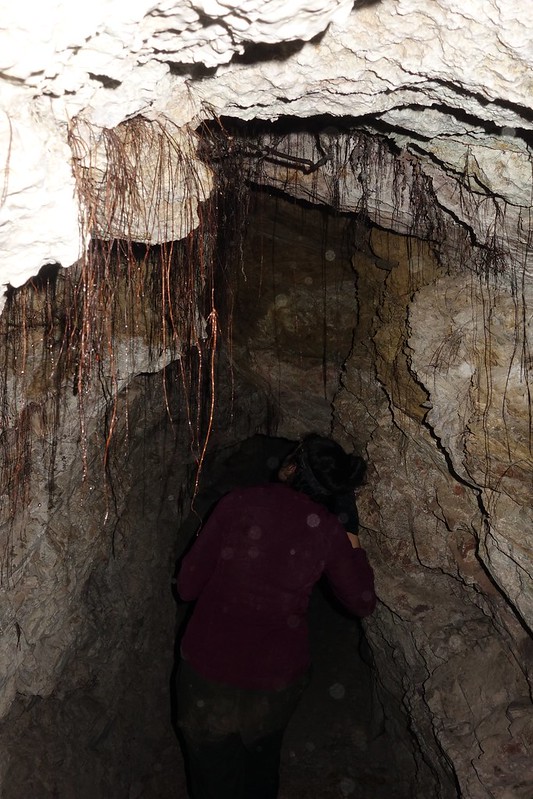 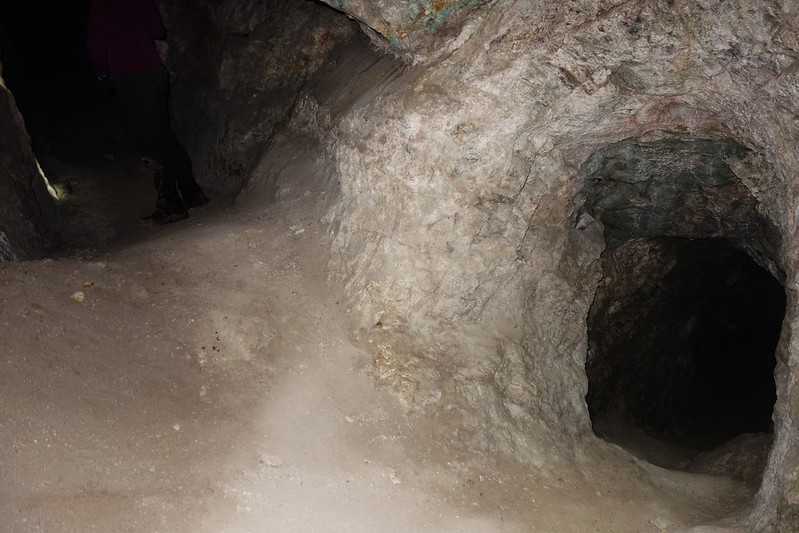 Looking straight ahead, the lower passage branches on the right. Its a pretty steady slope down. It leads to two entrances, both about crawl size in space. 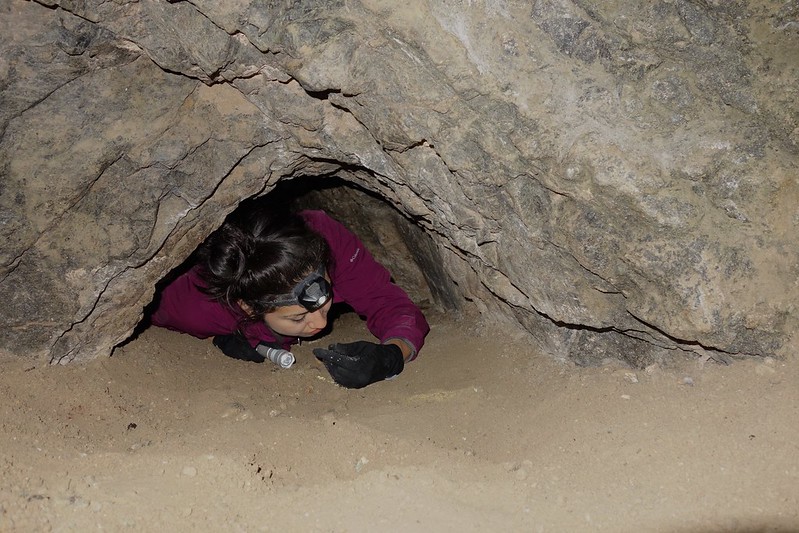 One of the lower tunnels, crawl-sized.

Once you enter the lower tunnel there a flooded passage. Neat looking water filled with thin sheets of calcium. It was icy cold! 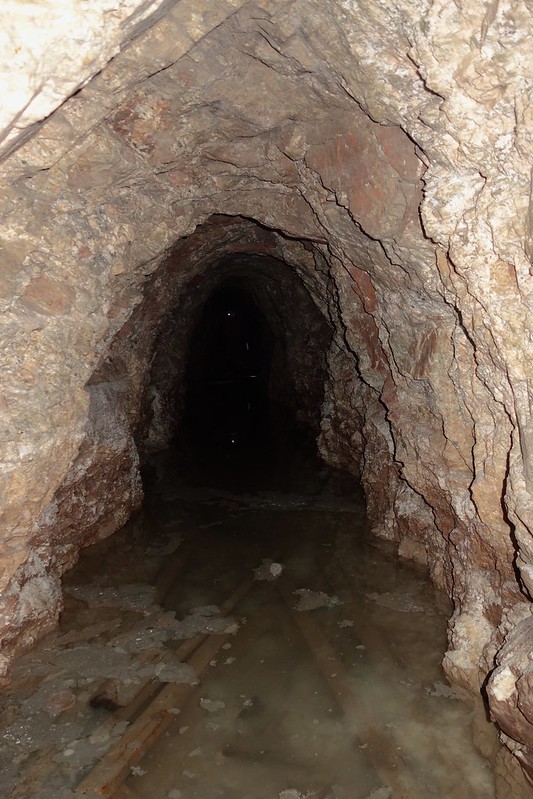 The tunnel was just long enough to get our adventure-fix but not too long to get lost in. The main passage even loops around! 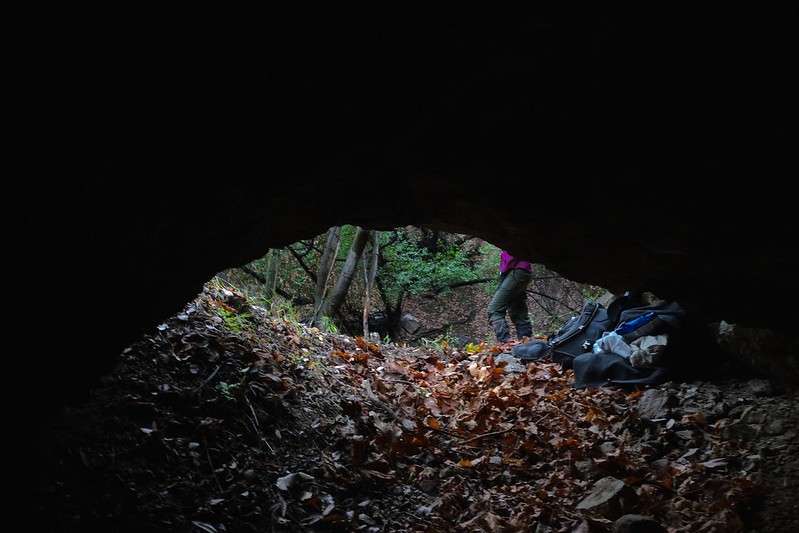 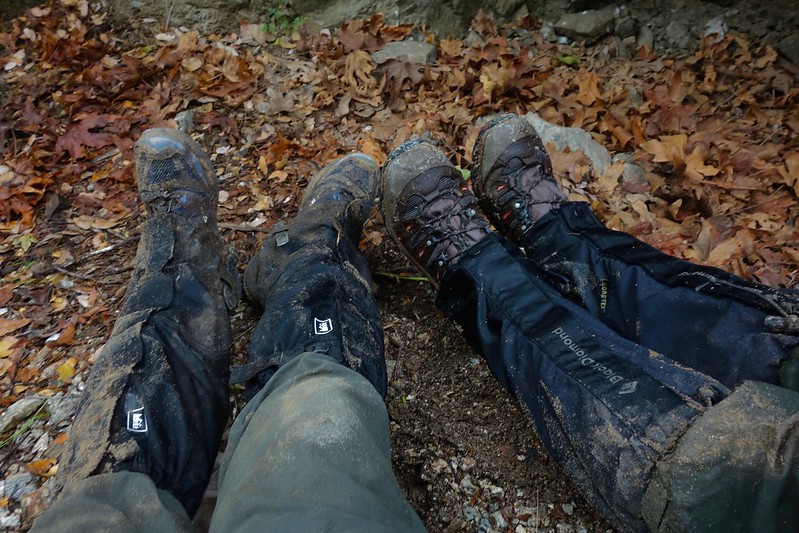 And always, countless thanks to Hugh Blanchard for leaving a wealth of information behind on San Gabriel Mines.

Hi Missy. I thought this might interest you. I found the Kelsey Annex Mine. Since the San Gabriel Complex fire the Silver Fish Truck Trail has become extremely overgrown, but it’s still doable.

Hi,
Timewise, do you remember approximately how long it took you to reach it?

Thank you, love your adventure spirit