Josephine Peak at at 5558 ft offers impressive vistas from the front range including views of Strawberry Peak, the interior of the San Gabriels, the Big Tujunga watershed and into the L.A. basin. 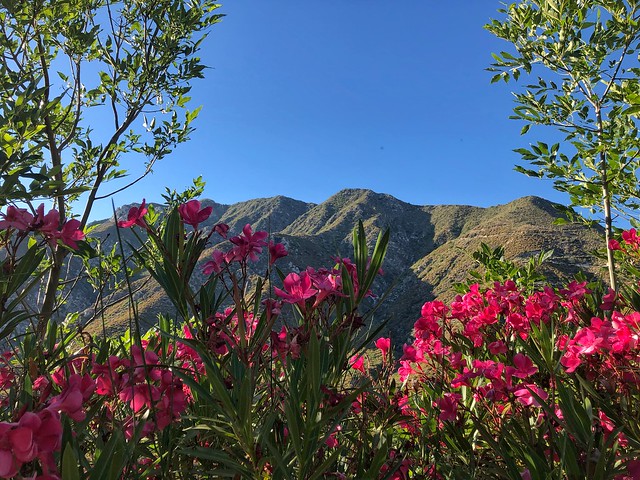 From 1936 to 1975 a fire lookout tower stood on the summit until it was destroyed by the Big Tujunga Fire (Mill Fire). Today, only the concrete footings of the lookout tower remain next to a small shed with communications masts on the roof. The California Division of Transportation installed a summit benchmark on a slab of concrete a few years after the fire. 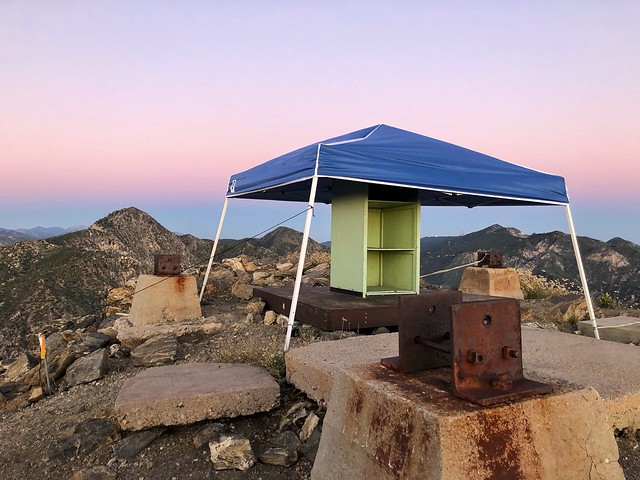 In 1936, under the leadership of District Ranger William Durham of the Arroyo Seco sector, the Mount Lukens lookout tower was moved to Josephine Peak. The tower had stood on Mount Lukens since 1923 but urban smog disrupted visibility for fire detection. Josephine Peak was chosen as the new lookout site for its commanding views to cover the upper Big Tujunga, upper Arroyo Seco, and Mill Creek drainages. 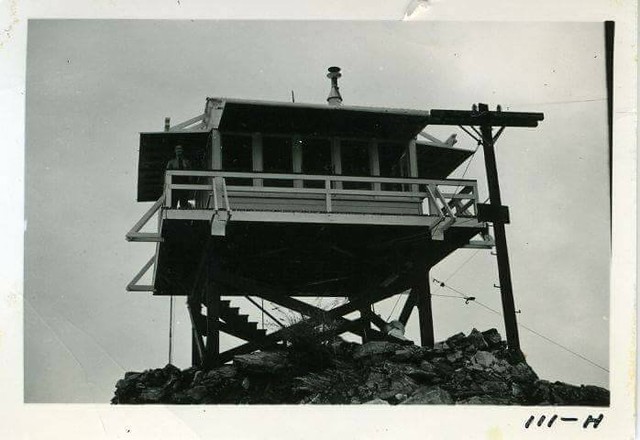 Josephine Peak Lookout in 1938. Courtesy of the U.S. Forest Service

The first lookout staff to live in the glass encased tower were Byrd K. Walsh and family. Other lookouts included Vaughn Turner in 1939, Gladys Gale by 1956 and Peggy Hotchkiss in 1960. In Peggy’s first year, a military plane crashed into the mountain, less than 1000 feet from the tower… 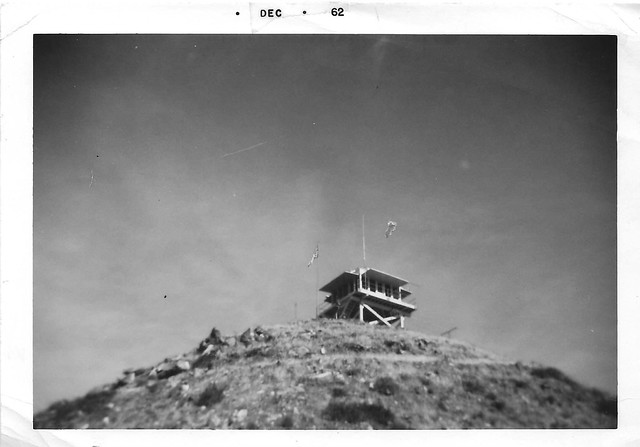 The lookout in 1962. Courtesy of John Patten

On September 22 1960, US Marine Corp Captain Howard O. Casada Jr was killed when his jet fighter plane (F-104 Starfighter), armed with a rocket missile, crashed into the southern face of Josephine peak. The crash was preceded by a huge sonic boom heard and felt throughout Los Angeles. A fire broke out after the explosion, burning about 20 acres. Witnesses saw a white streak and felt the sonic boom shake buildings and windows. Casada was 29 at the time and left behind a wife, infant son and father.  The crash took place close to an unnamed canyon, which Christopher Brennan and Matt Maxon, local canyoneers, successfully advocated to be named after Captain Casada. 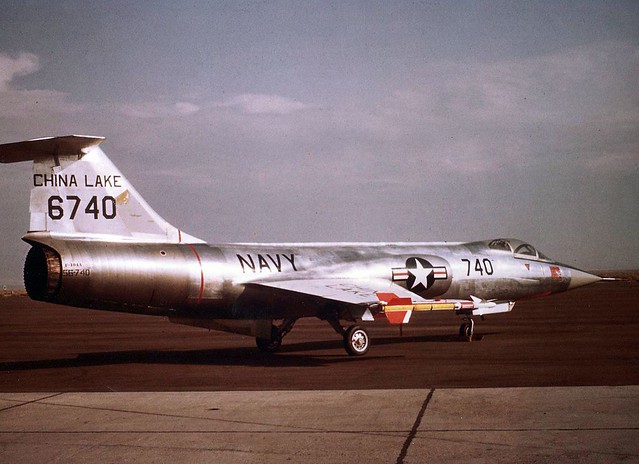 By 1972, Los Angeles become enshrouded in a thick layer of smog due to pollution from automobiles as well as factories and refineries. Therefore, the excessive smog reduced visibility greatly, so the forestry decided to staff Josephine Peak only during periods of extreme fire danger. Staff normally man the lookout towers from May to October. Barney Donaldson, was one of the last lookout attendants. 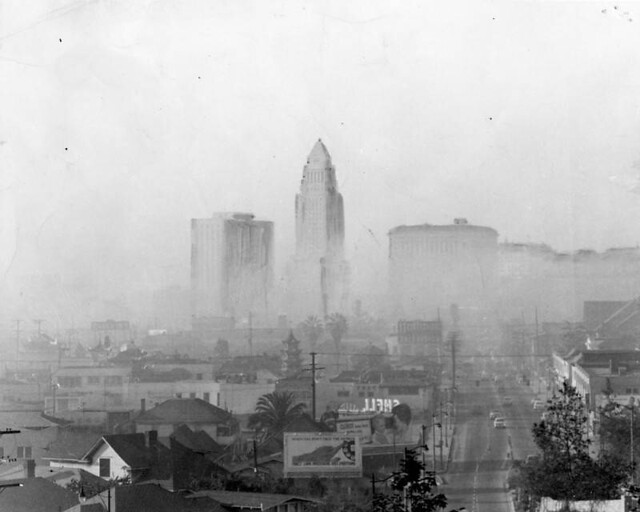 The Mill Fire of Big Tujunga in 1975 burned 47,000 acres and was the second largest forest fire to hit the Angeles National Forest. Hot Santa Ana winds fanned the fire with gusts up to 60 mph. In the end, the fire razed 43 buildings including the forest lookouts on Josephine Peak and Mendenhall Peak.

Thus, if you make the trek up to Josephine peak, sit and enjoy the expansive vistas amongst the concrete footings that remain of a time when lookout towers dotted the peaks.

Stationed at Josephine Peak in 1969 on a temporary basis then reassigned to the hotshot crew at Texas Canyon. No drive up visits allowed only hikers who I never saw. Clear days views to Catalina . Nights spectacular with city lights below. Fire crew supervisor below knew I was on duty when I raised the flag in early morning.

Wow! So cool, thanks for sharing this! I bet the memory of the views from the lookout station were unforgettable.

I was the lookout on Josephine the day it burnt to the ground (my first day on the job). The Mill Fire had started the day before, and a County crew was left overnight to mop up. The following morning when I arrived, the Santa Ana winds started up and took embers up canyon so quickly it was unbelievable. After relaying messages all morning between the crews fighting the blaze and the Supervisor’s Office, I was told to grab the radio and get out. Which I did. A scary experience and one that I will never forget. Definitely the shortest length of time on a job for me.

Holy Crap Lynn! what an a truly unforgettable experience. You made it out alive!! thats what counts!

Any pictures would be appreciated

I had scoured the imagery on the UCSB website but now I’m uncertain about the timeline for the moving of the physical structure… or did they just move the operations?