John Knox Portwood was San Gabriel Canyon’s bad guy. He was a fugitive Southerner from Virginia who came to the canyon in 1895 where he mined and operated pack trains into camps. His cabin of hand-hewn shakes and granite rocks was built in Cattle Canyon above Camp Bonita.

Knox’s canyon neighbors had always regarded him with suspicion and it didn’t help that he wanted to be known as a killer, boasting about his past slayings and the 6 notches carved on his gun. 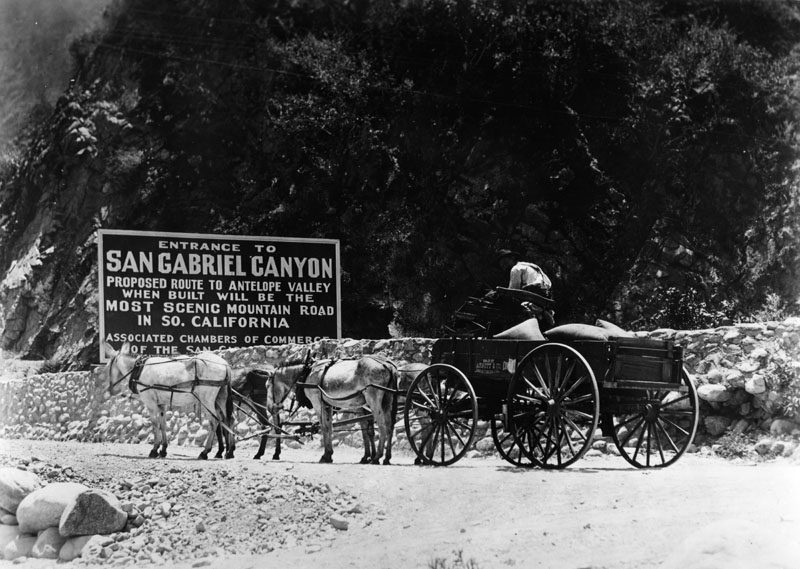 Slaying of a Spy

During World War I, on Christmas night, 1917, John Knox killed Herman Miller during a shoot-out in Iron Fork following a heated quarrel. Miller was a young German miner who worked a claim with his brother at the Narrows.

On trial, Knox asserted that Miller was a German spy and Miller’s canyon home was a station on the underground line of German communication with Mexico.  While Knox was at Miller’s cabin that night, a dispute arose in regards to the war and Miller lost his temper and shot at Knox. Knox shot back in self-defense killing Miller. The jury disagreed and was discharged and then finally Knox was acquitted of all charges and he returned to his mountain cabin.

Knox wrote several threatening letters to Mrs. Blanche D. Cole, another canyon resident because he hated the way she was friendly to rangers and government officials.  Mrs. Cole called upon the rangers for extra protection at her mountain ranch by Graveyard Canyon. Soon enough, Knox rode up drunk on horseback, encountering two rangers on guard duty. He was ordered to dismount by the rangers but instead reached for his gun. After the shoot-out, Knox lay dead with a bullet lodged in his forehead.

Blanche Cole recalls a memory of near death with Knox:

“I was coming down on the stage with Doc Beatty and we met old John Knox. He wouldn’t give up the road and we had to go out in the brush to get around him. As we were even with him he started to throw big rocks at our horses and at our heads. It was terrible. Beatty stopped his team and hollered and asked Knox who he thought he was. And Knox kept throwing rocks, so Doc climbed down off the stage and started for Knox with his knife open. It was pretty frightening but nobody got killed…”