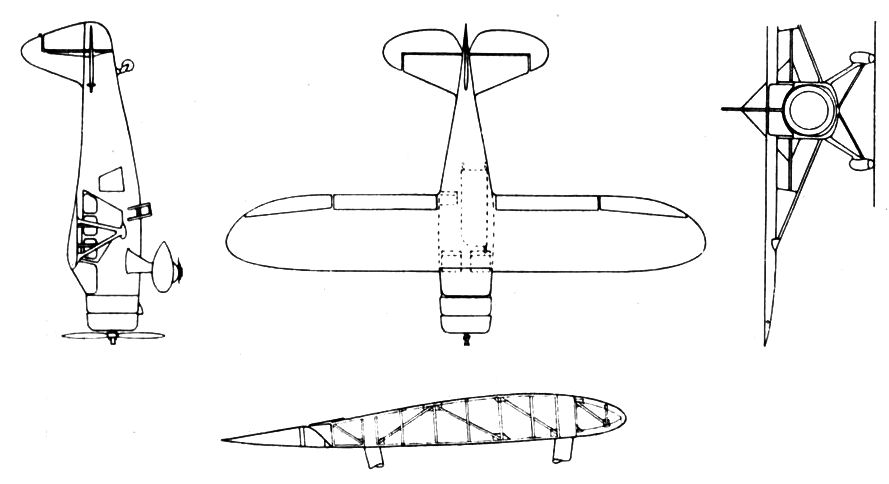 On April 6, 1951 a Howard DGA-15-P #NC67765 crashed in the Sierra Pelona Mountains on a flight from Pacoima airport to Las Vegas. The plane was not reported missing until five days later, when it failed to show up. An investigation revealed that no flight plan was filed and so, having not much else to go by, rescue groups scaled back their search efforts after fruitless searching. 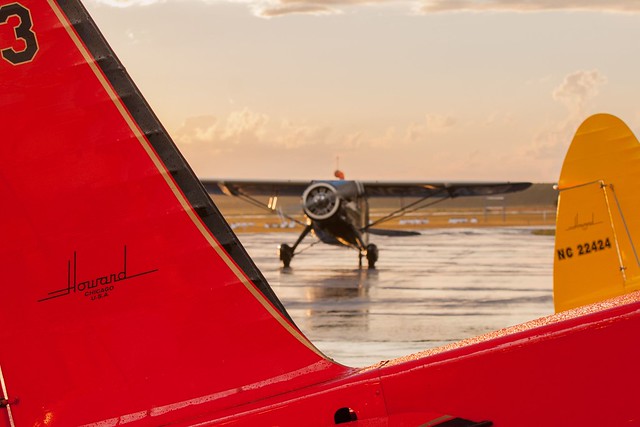 A worker of the Ritter ranch, V. W Proctor found the wreckage on June 24, 1951 while patrolling the fence lines on the ranch. Among those dead included two married couples on board, Mr. and Mrs. Edwin S. Cole and Jerry and Dorothy Taylor. Authorities found two of the bodies huddled together in the plane burned beyond recognition, but identified as women. The impact flung the two men clear, the one identified as Coe about 80 feet away. A watch found on the other man’s body had stopped at 2:30. It began to run again when shaken. They crashed at Willows Springs Canyon on Sierra Pelona Ridge. Reasons for the crash remain unknown but investigators assume the plane became lost amongst dense cloud coverage. 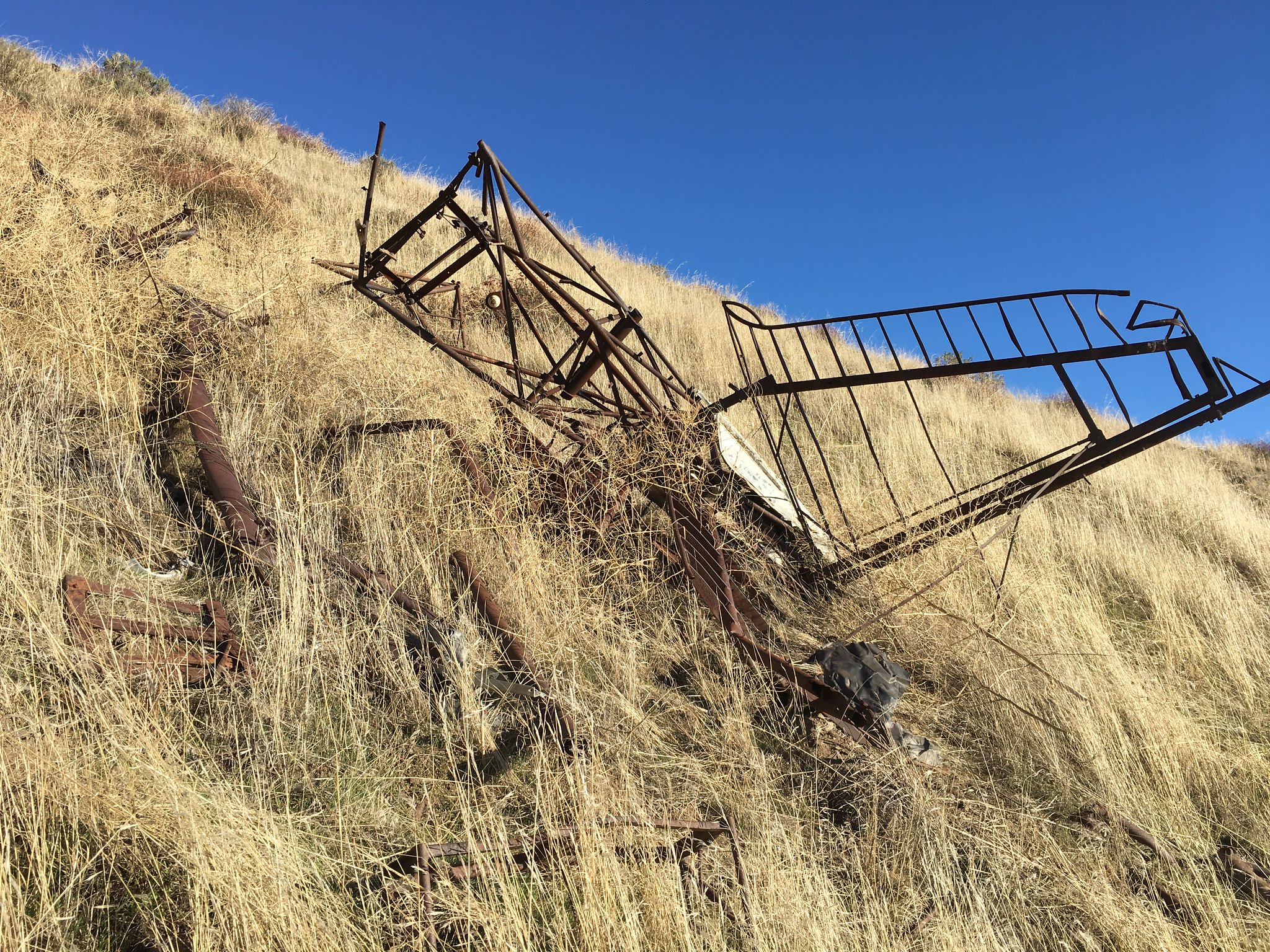 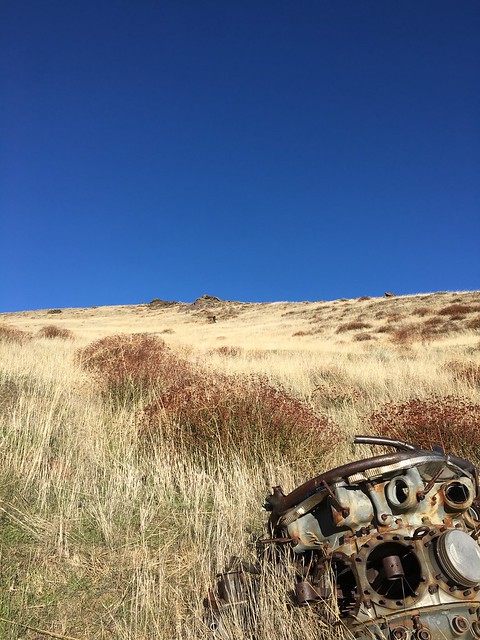 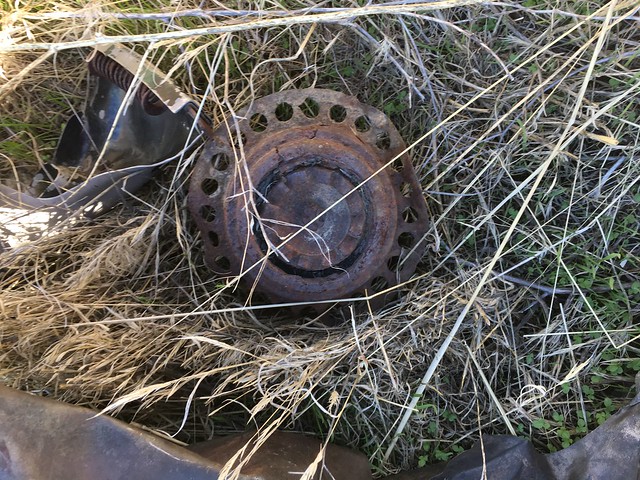 The Howard DGA-15 was a single-engine civil aircraft produced in the United States by the Howard Aircraft Corporation from 1939 to 1944. 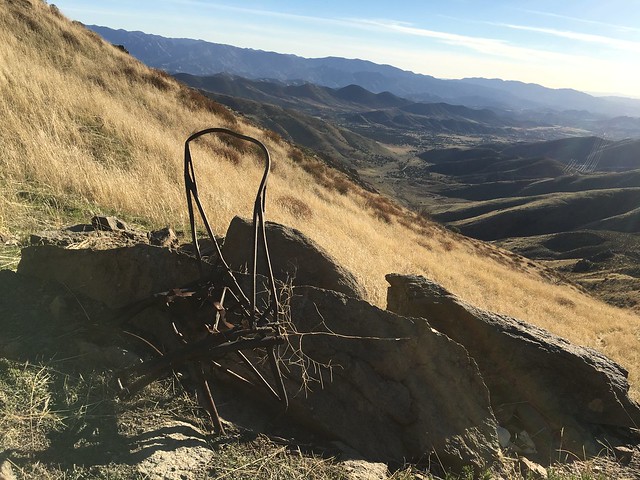 A few more remnants collected by someone and placed closeby 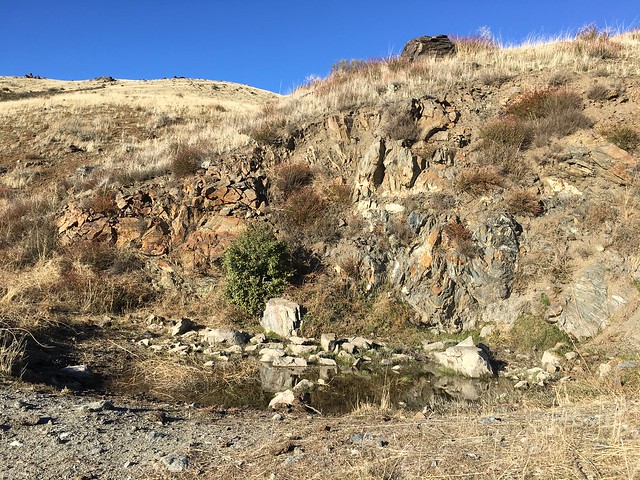 A Prospect filled with water at the end of the canyon, from which I came up.

Mrs. Taylor had lost her previous husband in a 1948 plane crash and just before this flight, she confided to a close friend about a premonition she had that something might happen to her.  She wrote up a will asking for the friend to provide for the custody of the Taylors’ 8 year old daughter.

Sources to check out: