Upper Canyon Trail is a beautiful footpath in the front range which emerges from sylvan coverage into a sunlit ridge overlooking the winding Crest and the sprawling city below. Although access is just a few miles from the city, the trailhead is rather inconspicuous on a small turn-out at mileage marker 30.02. 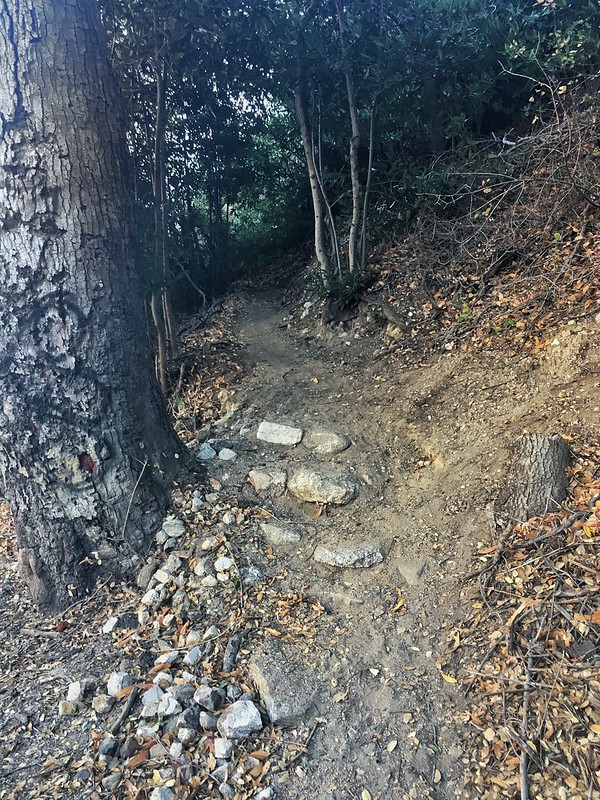 This route reaches Grizzly Flats from road 2N80A.  Former plantations were established in this area and the present groves of conifers, fledging and mature alike, speak of the mountain’s history with fire. 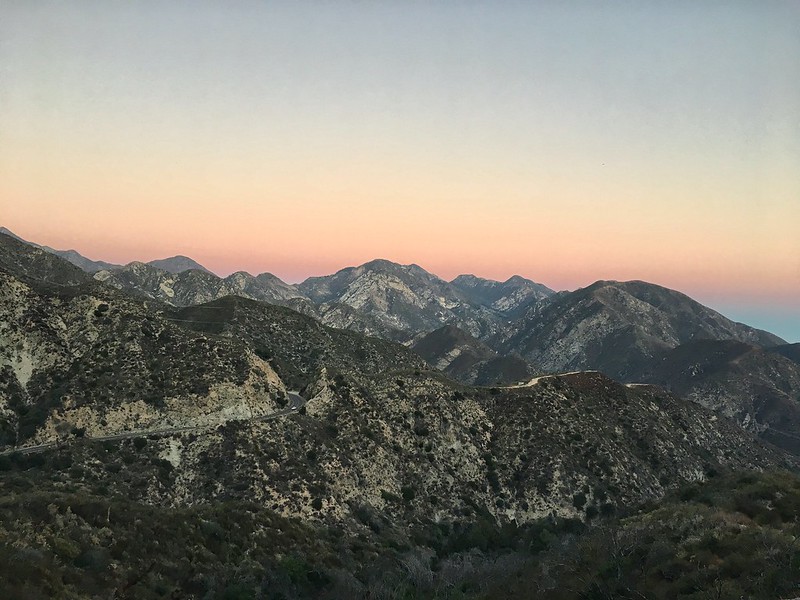 Once on the ridge, views of the front country are outstanding 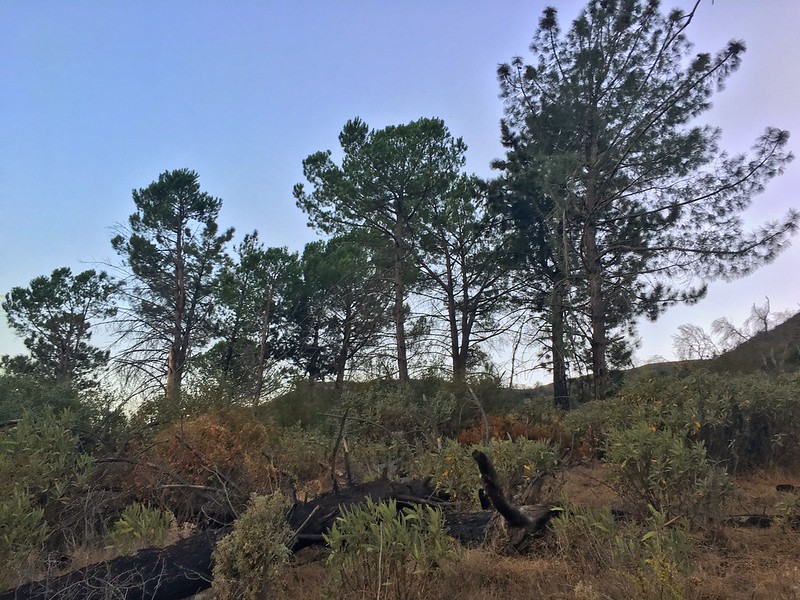 A former road once encircled around this plantation 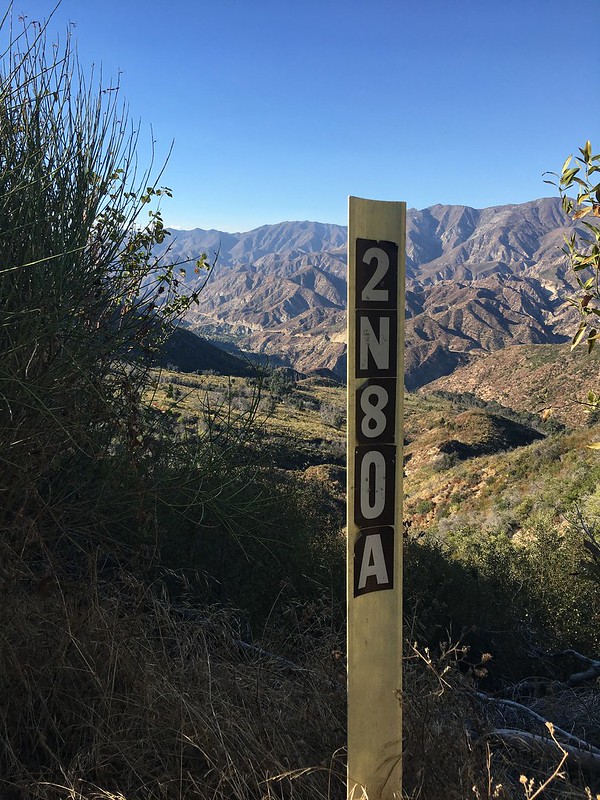 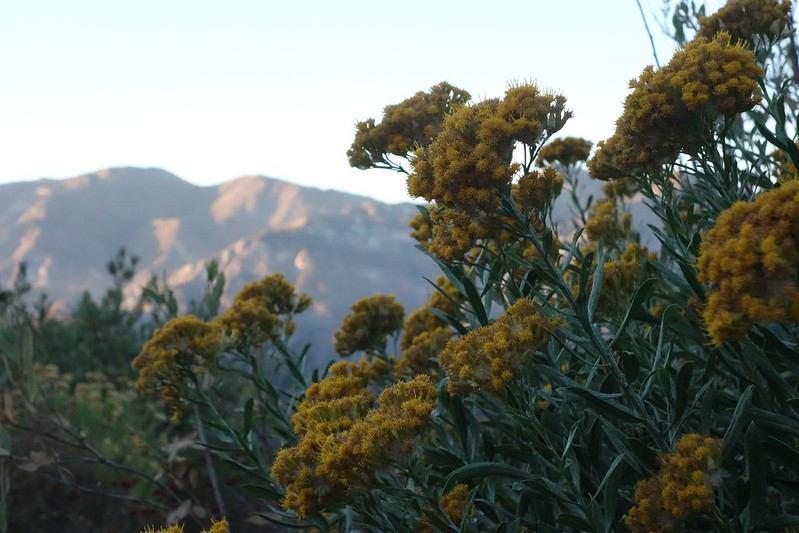 Sunset on the western San Gabriels

Around the same time when Grizzlies were last seen in the area, early pioneer residents of the surrounding foothill cities decided to brand together to fend off fire and floods. La Crescenta formed the Angeles Forest Protective Association, a local fire fighting unit of young men from the valley. They used a cabin as their training headquarters, built in the 1920s in Grizzly Flats. 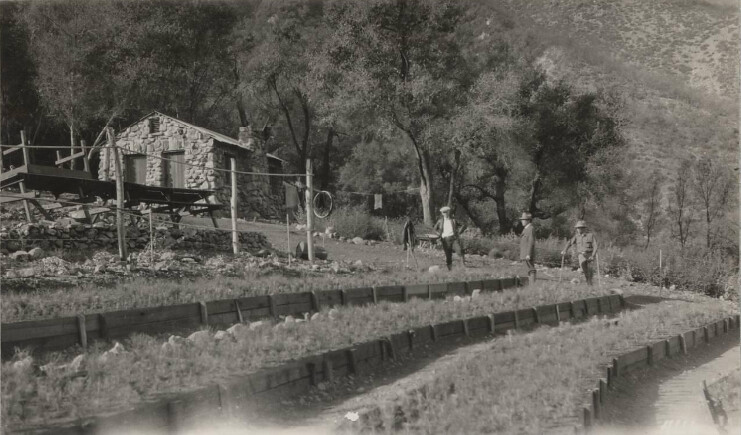 Photo of the Grizzly Flats Nursery and the Angeles Forest Protective Association cabin. Courtesy of the Fritz-Metcalf Photograph Collection, University of California, Berkeley

Art Cobery uncovered the history of the cabin in his article “Mysterious Mountain Cabin” in the Crescenta Valley Ledger (June 2009). The Forest Service eventually tore down the cabin after a few decades. You won’t see a cabin today. Hell, you won’t even see the foundations unless you knew to look within a sea of brush. 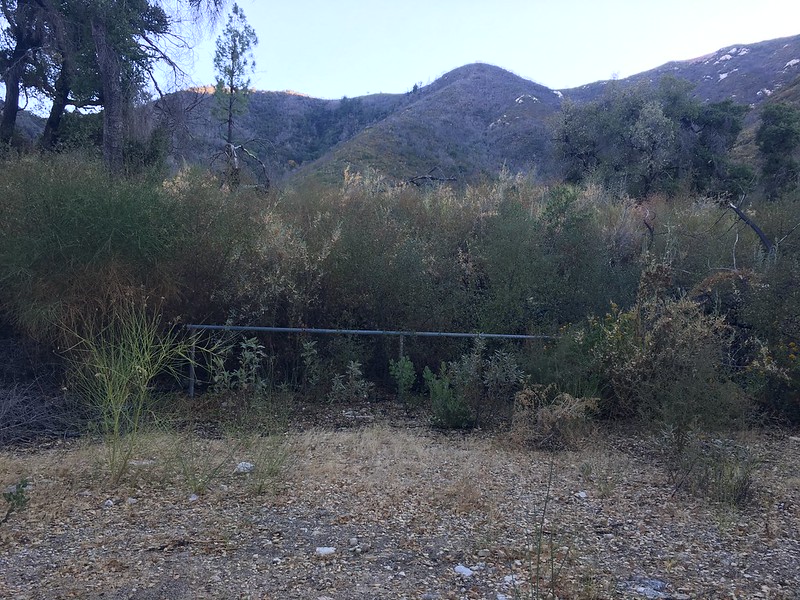 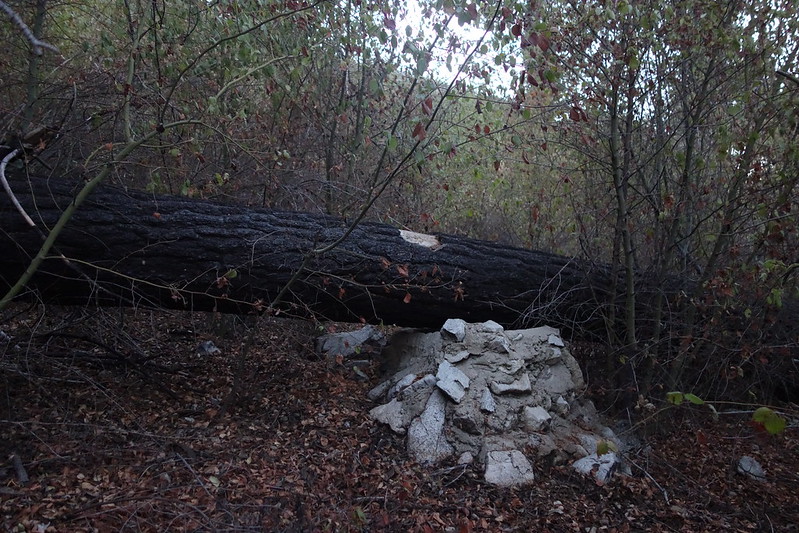 Fallen trees cover some of the ruins 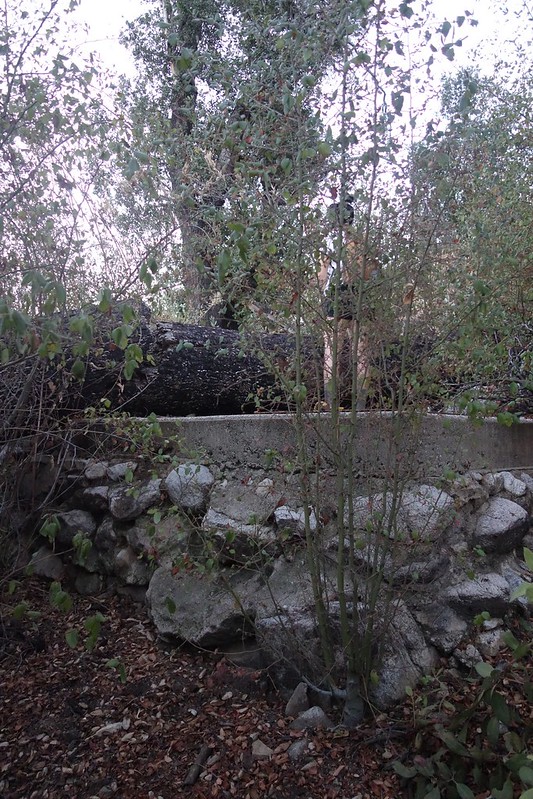 Standing on the stone base of the ruins 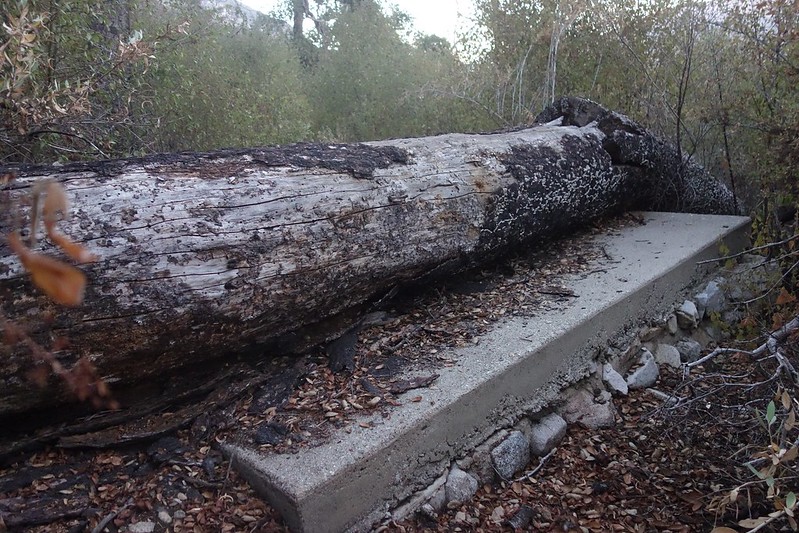 Another fallen tree lays on the foundation as well. 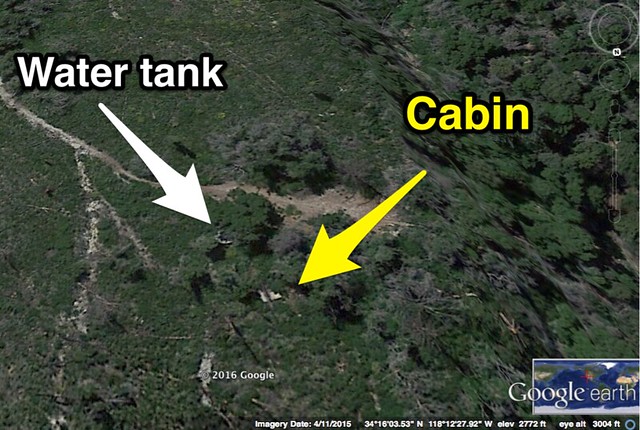 To see these cabin ruins before the 2009 Station Fire, check out Valerie Norton’s trip back in 2008 here