Grass Mountain at 4,605 feet, is a high point in the Sierra Pelona Mountains, Angeles National Forest. The summit is a grassy glade surrounded by Coulter pines with views of rural communities such as Green Valley, the desert landscapes of the Antelope Valley and the surrounding Sierra Pelona peaks.

A lookout was built here in 1934 as a cooperative effort between the U.S. Forest Service and the Los Angeles County Forestry Department. 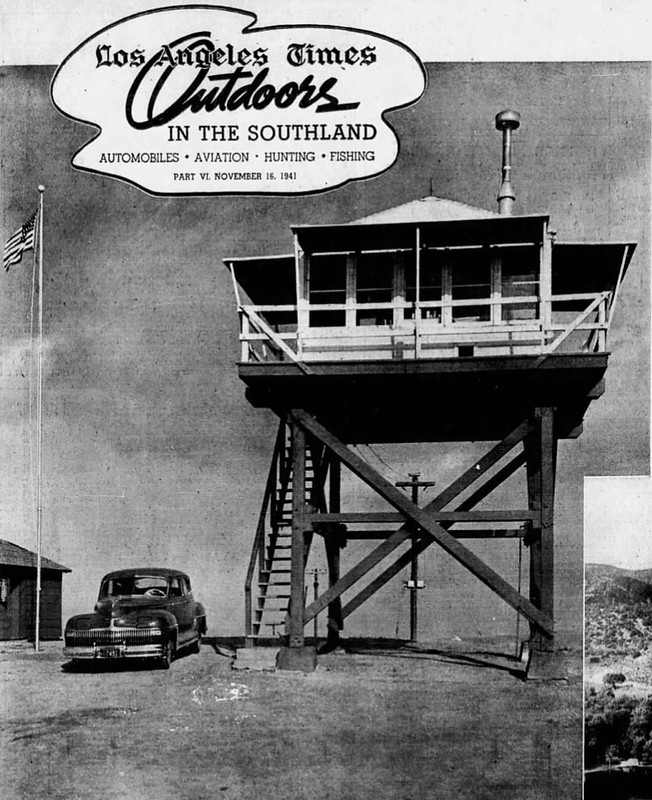 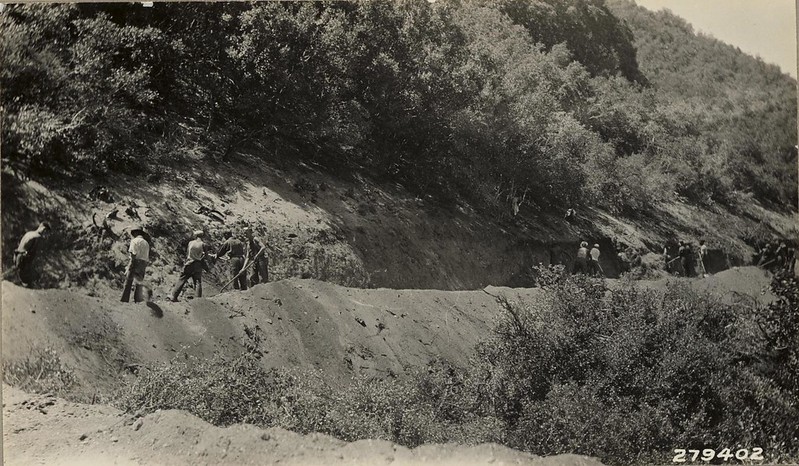 Exhausted firefighters battling a stubborn three day brush fire in upper San Francisquito canyon Tuesday had contained the 9,000 acre burn on all fronts…The Grass Mountain fire tower was lost when roaring flames driven by high winds swept up the mountain. The fire moved so fast that firefighters were unable to save the tower. 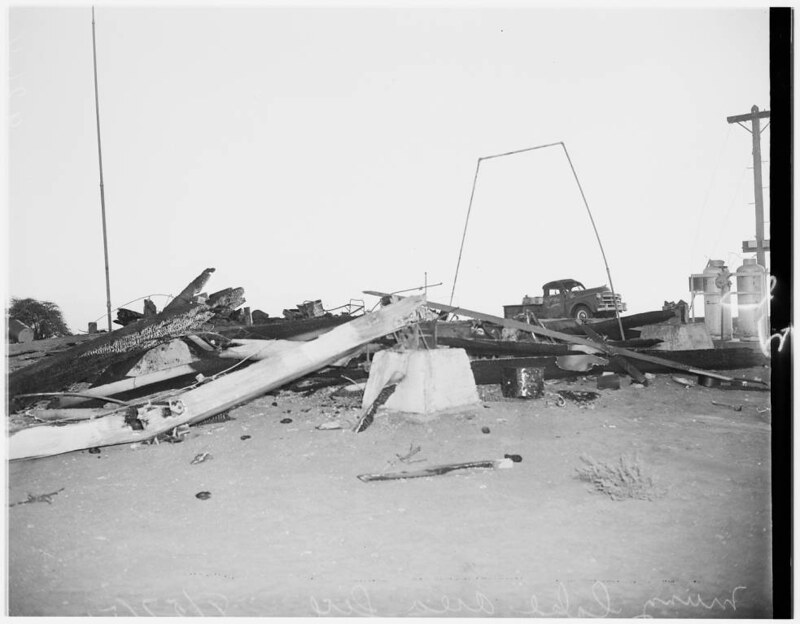 Today, only a few concrete blocks remain in an otherwise barren summit and a Remote Automated Weather Station planted there by the County of Los Angeles Fire Department Forestry, Fire Plan Unit. 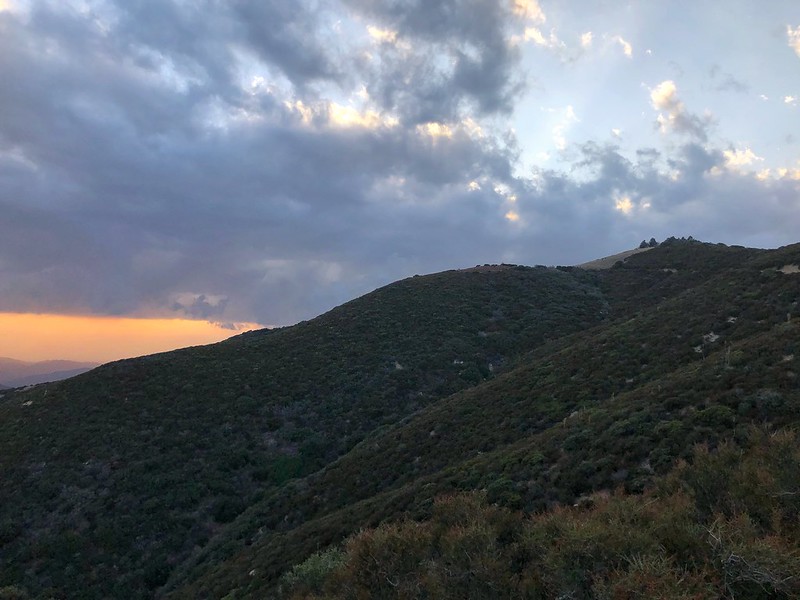 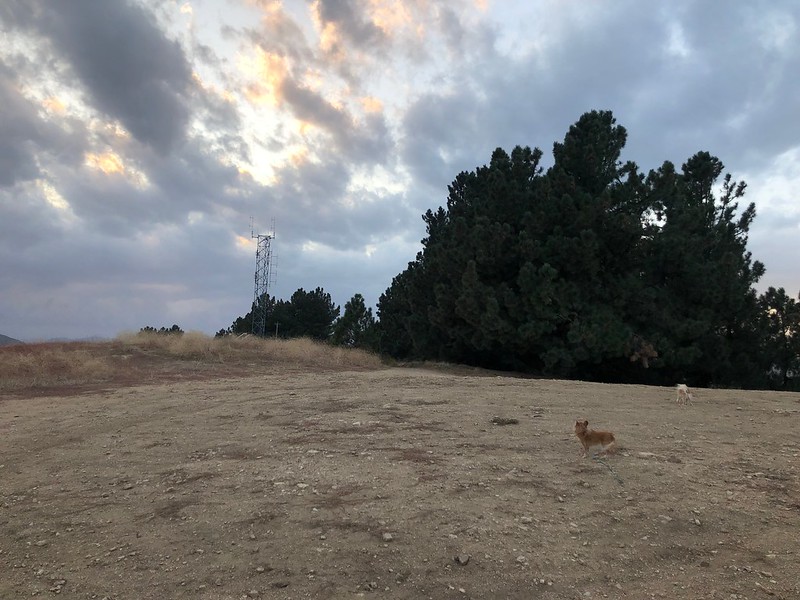 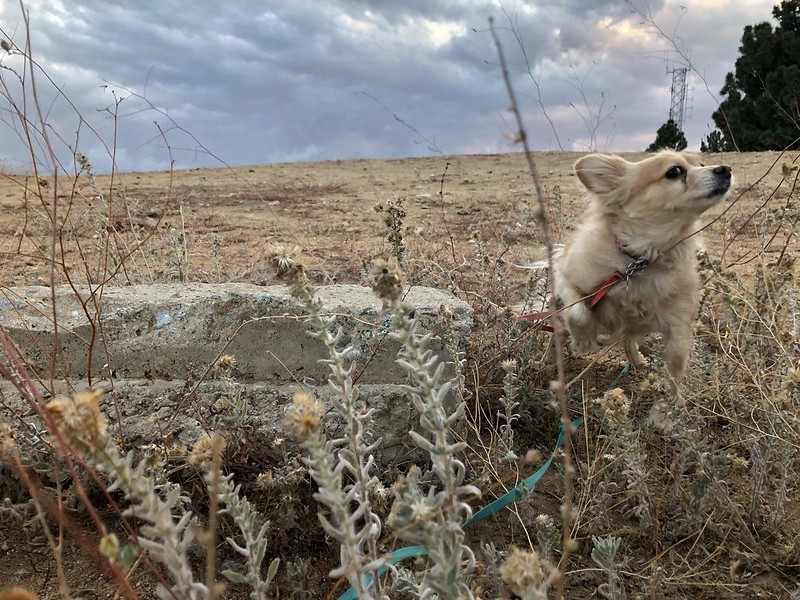 Only a few concrete blocks here and there. Pup hates the winds. The lookouts must’ve dealt with record breaking desert gales 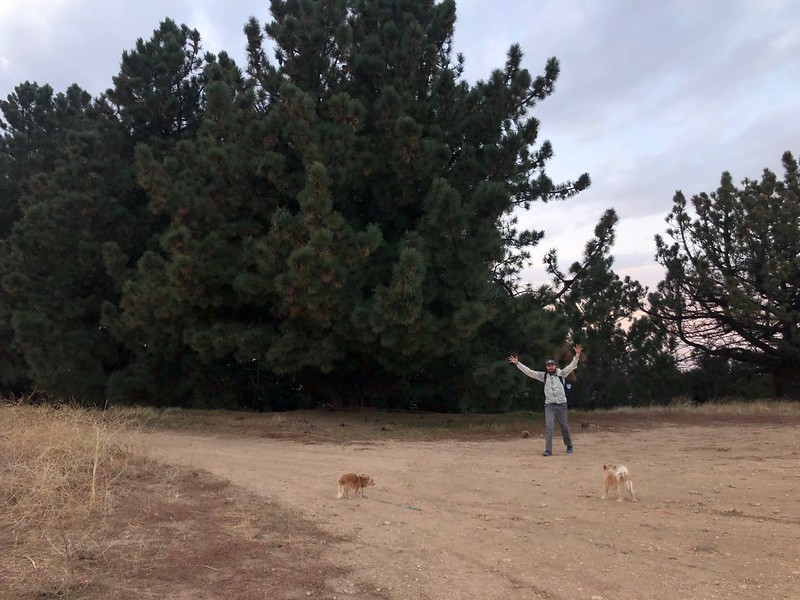 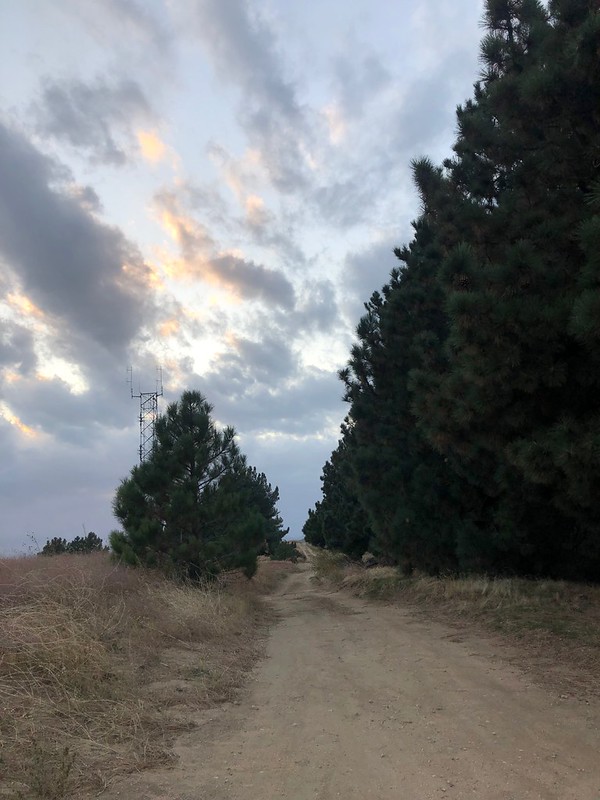 Dirt road on the summit lined with pine trees 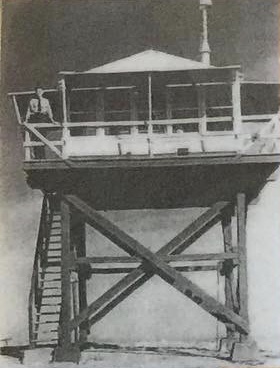