Soon after the worst fire in U.S. history burned more than 3 million acres in Idaho and Montana in 1910, fire lookouts began to spring up all over the country, reaching a peak of 8,000 at one point.

Only two of the original fire lookouts in the Angeles National Forest remain in use now. Most lookouts were removed because of under-funding, the rise in smog clouding visibility, and the advancement of spotter planes. A few were destroyed by the many wild fires associated with Southern California’s dry climate. The Angeles National Forest Fire Lookout Association has preserved these remaining historic lookouts.

Thanks to the tedious efforts of Ron Kemnow, there is an amazing collection of records in his Forest Lookouts site. 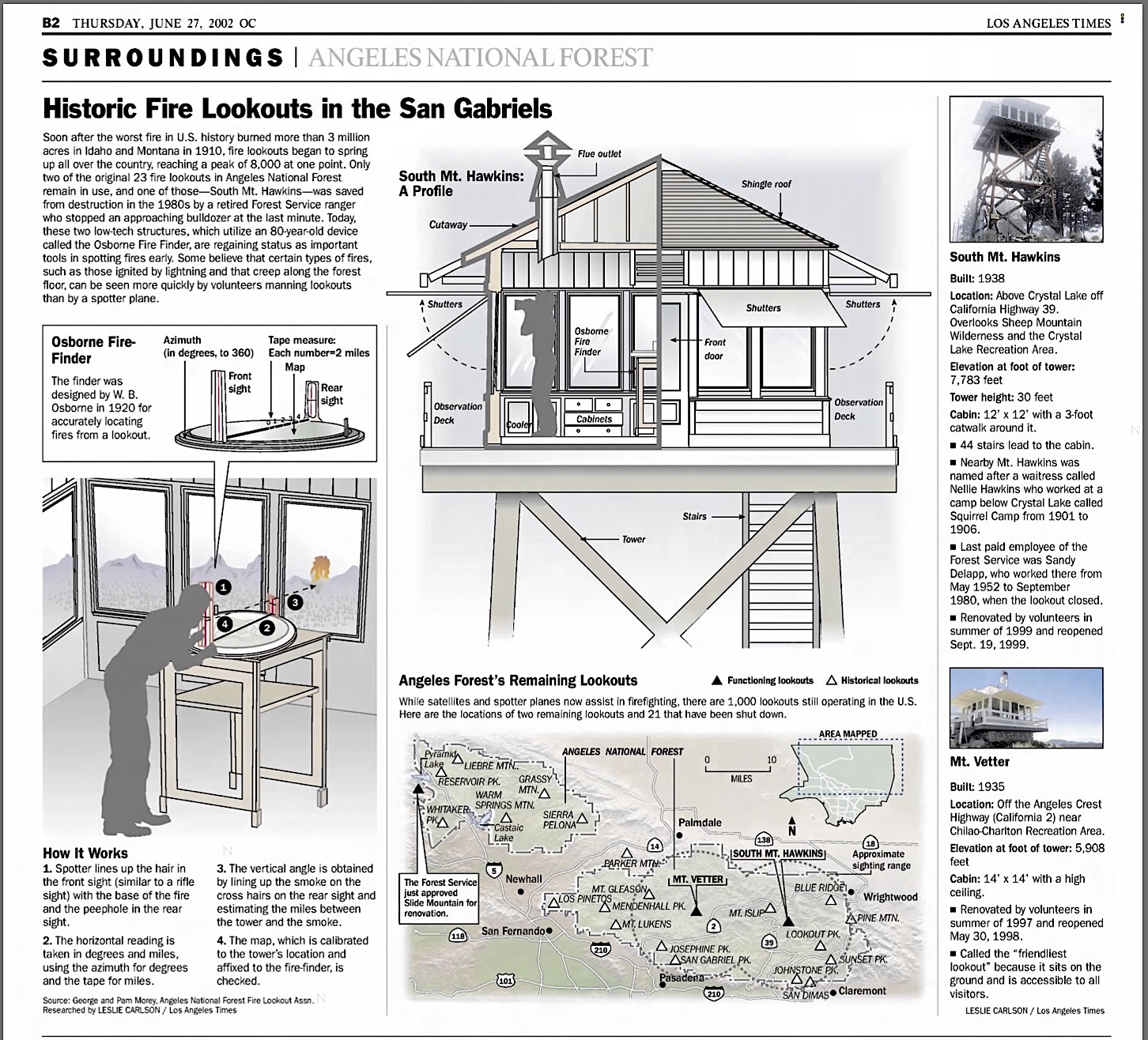 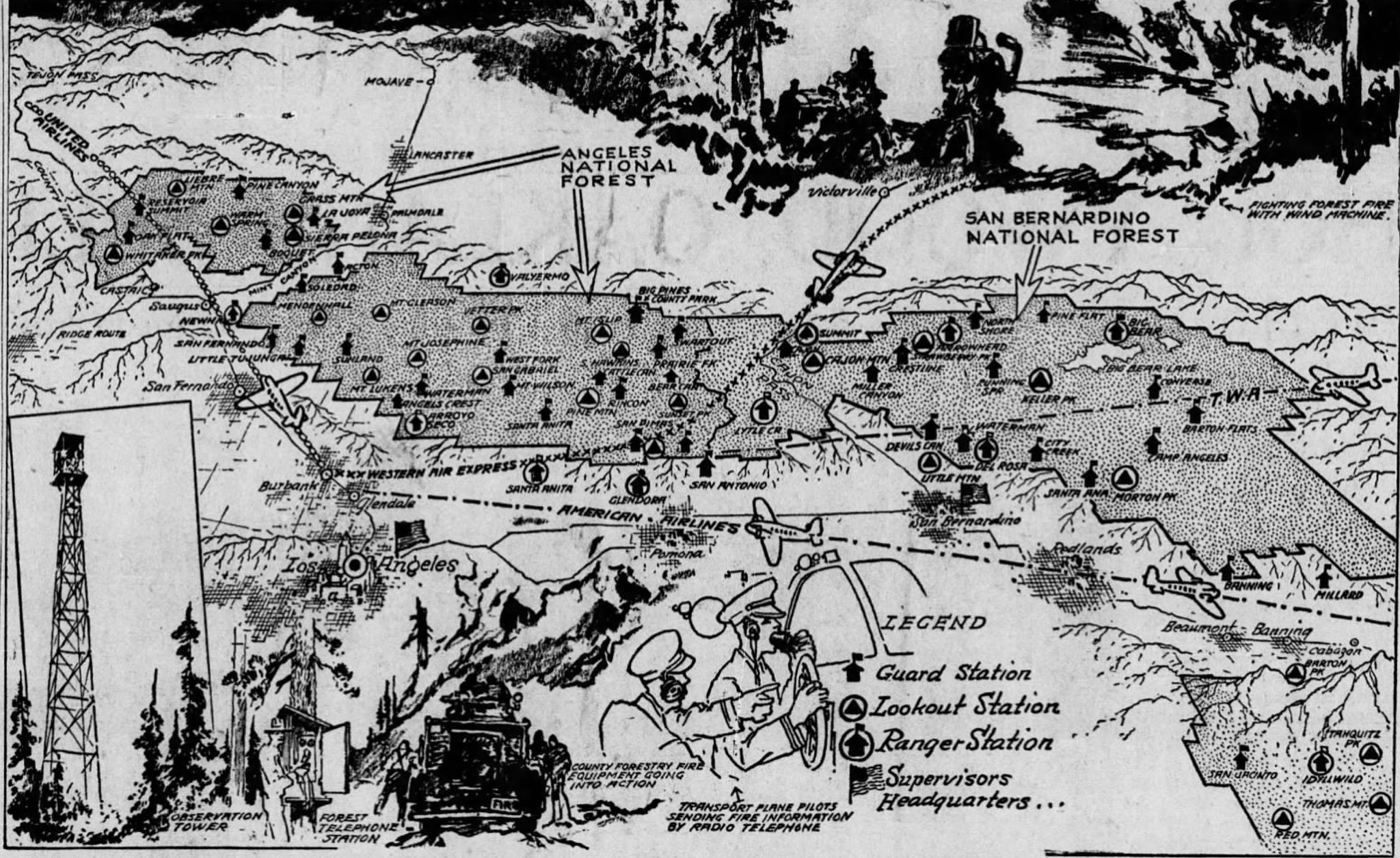 Follow along as I research and explore the fire lookouts of Los Angeles County. Each location is a discovery into the  background of the times and reveals personal stories of experiences with the forest and the people. A few towers I have included because some are in San Bernardino County but part of the San Gabriels. Or outside of the forest, but in Los Angeles County.