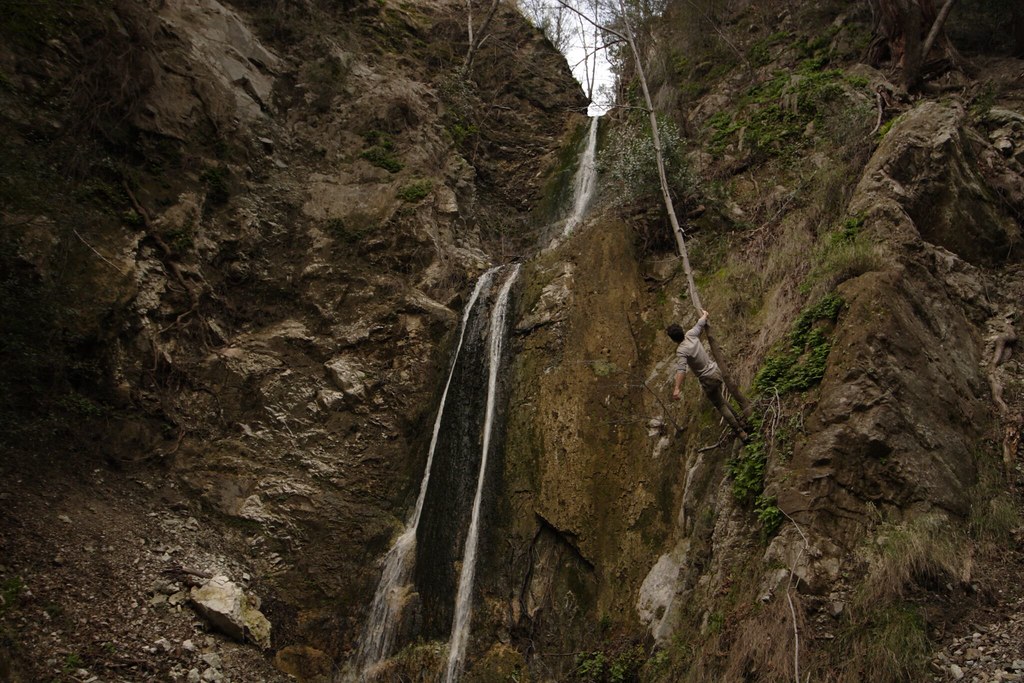 “…the narrow, heavily-wooded gash of Cape Horn Canyon. A quarter-mile up the canyon is Cape Horn Falls, once a favorite hike from Follows Camp.”
– John Robinson’s Mines of the East Fork

Tucked away in Cape Horn Canyon lies a waterfall that comes to life only after a rainy season. The waterfall is seldom visited nowadays, making this uncharted fall a treasure. Looking across the East Fork, the canyon walls appear narrow and precipitous, probably earning its name from its likeness to Cape Horn, the rocky headland in Southern Chile. 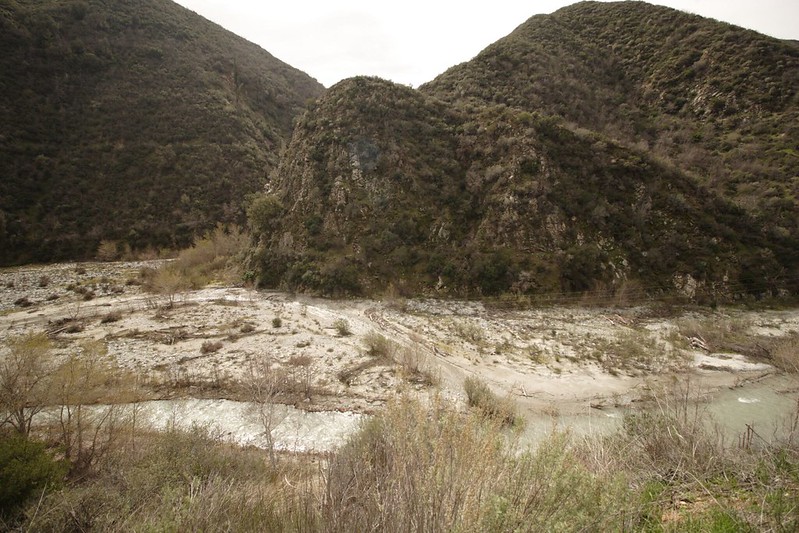 According to John W. Robinson, the falls were once a favorite of campers at nearby Follows Camp. Mining flumes once ran across the canyon, bringing water for the hydraulic monitors once employed by the camps at the East Fork. A few old rusted pipes can be found at the entrance that run underground. 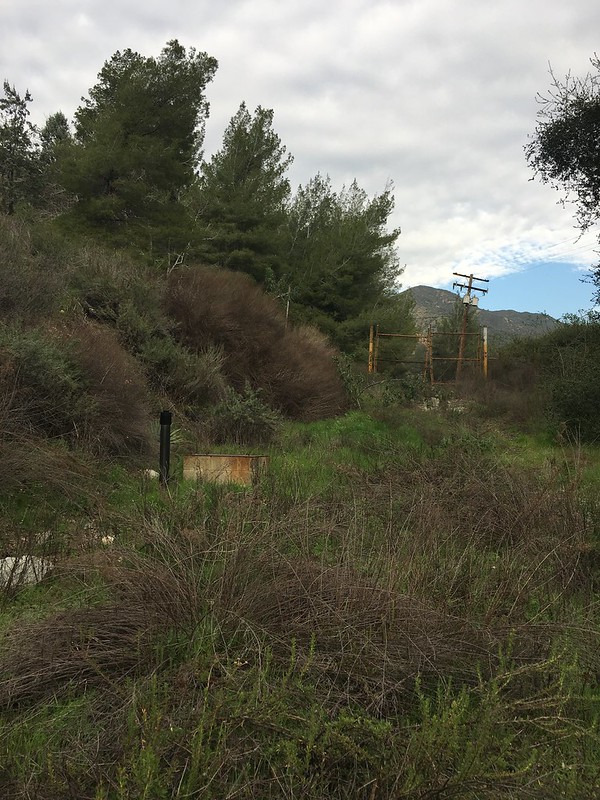 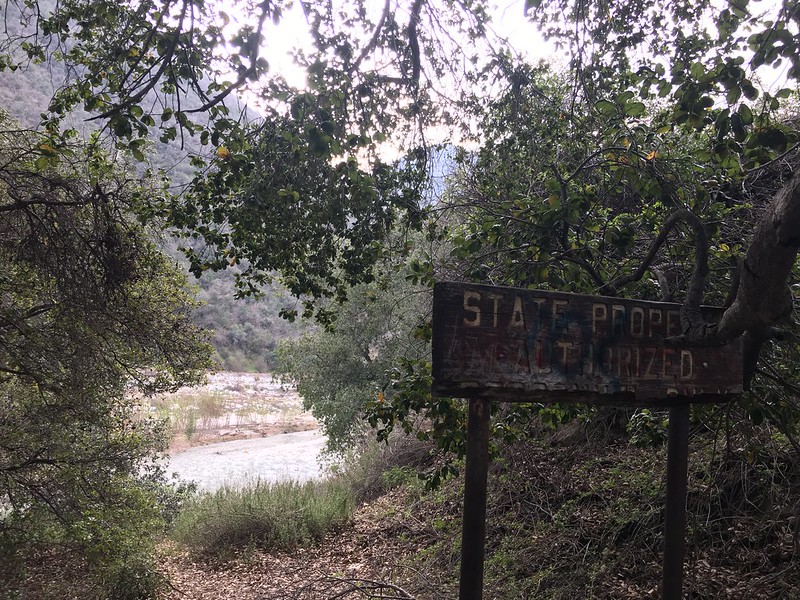 After crossing the East Fork and navigating the canyon for awhile, you’ll approach the first mini tier, make sure to stick to the left to bypass the falls vs. climbing the right side with exposed roots and eroded dirt. The canyon soon enters a section of narrows in which the stream runs underground. 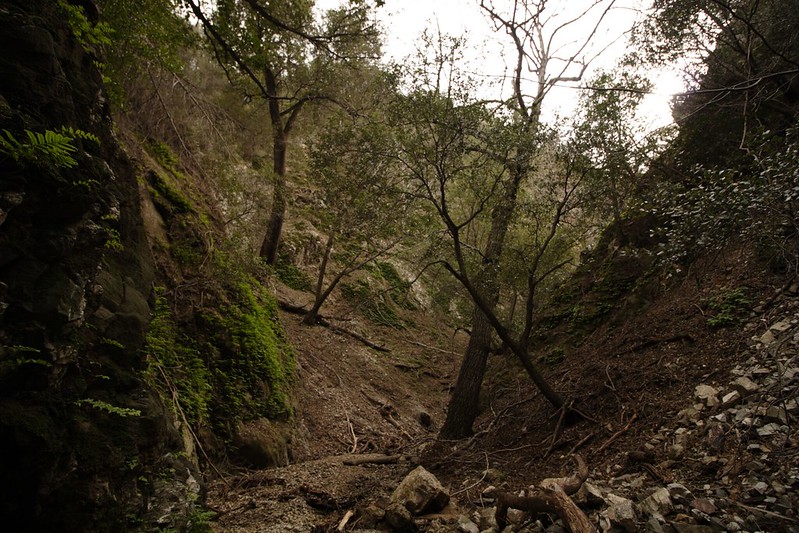 Section where the stream runs underground. Photo by Daniel from LAHikes 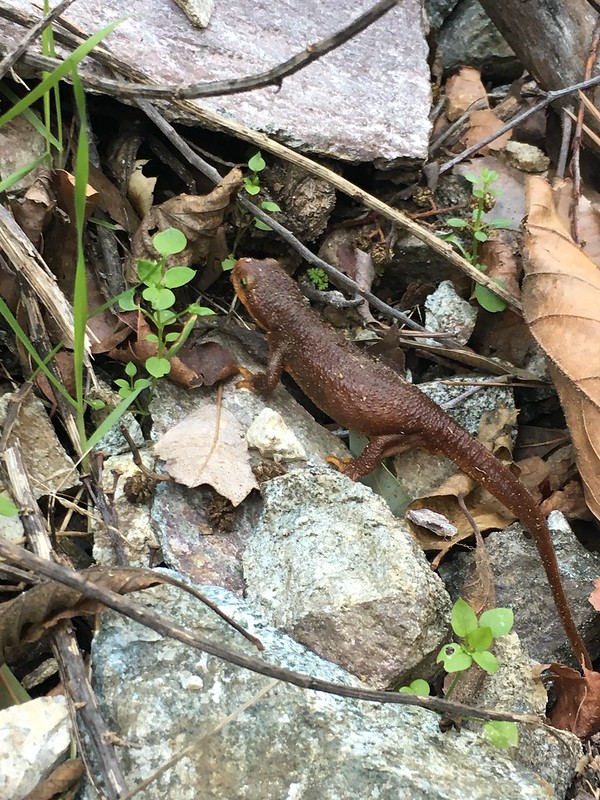 Newts out during mating season enjoying the fresh rains 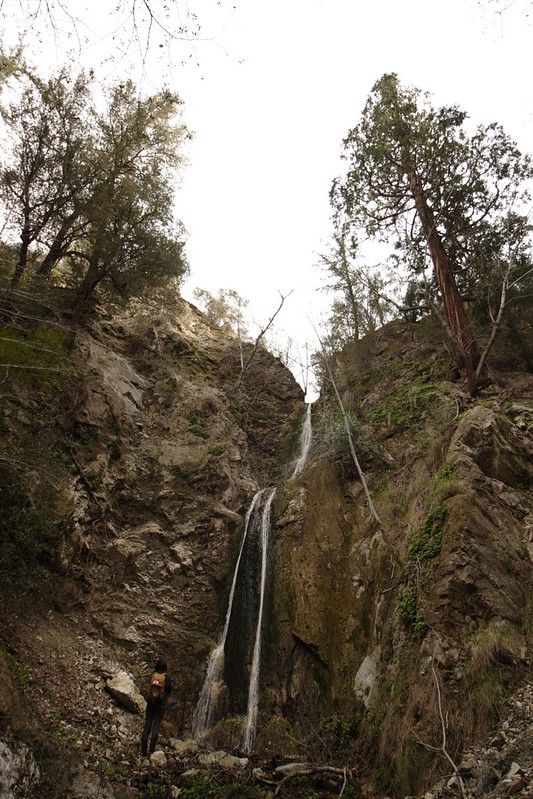 Excellent find Missy. Now look for the even more awesome and forgotten Williams Falls. The name should give you a hint what it’s close to.

Have you done Williams Falls? That sounds interesting. There are some other falls in that vicinity I want to check out that are only shown in historical photos. Thanks for the hint!

If you ever want to see Williams Falls and double dipper behind it let me know. I live near the East Fork. It’s very easy to get to. There’s also a great one up Allison Gulch, but that one takes a lot of bushwhacking.

Just put up a post on EisPiraten.com about that waterfall.
https://www.tapatalk.com/groups/sangabrielmnts/viewtopic.php?p=61745#p61745

Where can I park to visit these?