Henry C. Roberts and William Ferguson dominated the large scale hydraulic mining scene in the 1870s as the two raced to develop their ventures on the lower reaches of the East Fork.

In order to blast away the gold-bearing hillsides with a powerful jet of water, volume and pressure were created with the construction of conduits and artificial reservoirs from far up the river. This method proved extremely efficient at dislodging rock material for significantly less cost than the other methods involving manual labor. (It wasn’t too soon that hydraulic mining was prohibited as a result of its toxic environmental waste).

The success of Roberts and and Ferguson encouraged others to try their hand at the hydraulic method. One notable story is that of “Uncle” Dave Buell and his famous fiasco. An old newspaper of the 1930’s, Azusa Herald and Pomotropic, detailed the story. (Further information under resources)

“Uncle” Dave Buell purchased a claim in the lower reaches of the East Fork. However he wasn’t allowed access to water from the East Fork for his hillside claim. So instead he came up with the idea of somehow conveying water from the North Fork. To get started he hired an English engineer named Sam Hawley to determine the best course of action.

As Hawley and Buell were amid business together, a dashing young man by the name of Simpson introduced himself to Buell as a hydraulic engineer/surveyor and eagerly asked for the job to survey the ditch line. Simpson’s persuasive talk and flashy equipment swept Buell off his feet and Simpson was granted position of chief engineer.

Hawley’s intention was to simply build a conduit that would contour along the mountainside from the North Fork to the mining location. But Simpson, argued confidently that boring out a 700 ft tunnel through the mountain as part of the conduit would be a more efficient method.

The job was completed and so the 700 ft tunnel was carved through the mountain side and miles of flumes were constructed to and from the tunnel as one big conduit for Buell’s claim. An opening ceremony was arranged for all to marvel at this ingenious idea.

Intake gates were open and Buell patiently watched for the waters. But night fell and still not a drop of water surfaced. He decided to investigate this himself so he walked into the dry tunnel and heard the sound of rushing waters in the distance. He approached the upper portal and saw that the rushing waters weren’t flowing through because the tunnel had been bored UPHILL!!  Realizing his mistake, Simpson quietly slipped out of the canyon. “From the beautiful highway leading to Crystal Lake, just after passing the flood control camp, you can look across the canyon today and see the remains of the ditch which never contained the intended water, which broke Dave Buell, and which made a fugitive out of an ambitious young engineer with his shining new instruments” – Jim Roberts, Azusa Herald and Pomotropic, October 20, 1937

An official plat of the Buell Placer Mine in 1872 identifies the exact location of the claim in the lower East Fork (assuming this was Buell’s only claim). The tunnel that Sampson had built to convey water from the North Fork was roughly 700 feet long with an extension of miles of wooden flumes. The sight of this enormous undertaking must’ve only added shame to Buell’s failure. 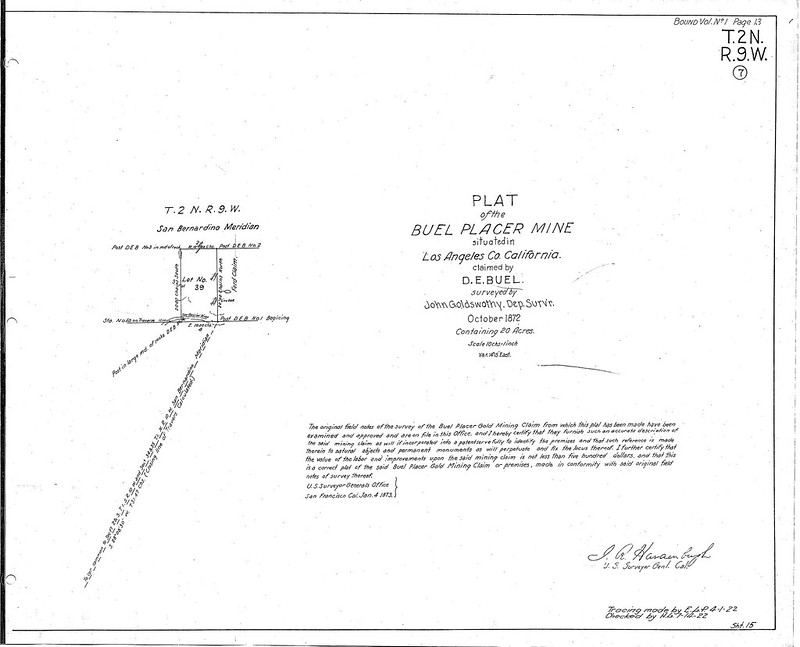 Plat from  the Land Records Archive. Survey by John Goldsworthy 1872

Although long abandoned, the mountain still harbors the tunnel, a keepsake of a miner’s buried dreams. The entrance portals are collapsed but the inner workings are preserved, never having seen through its purpose. 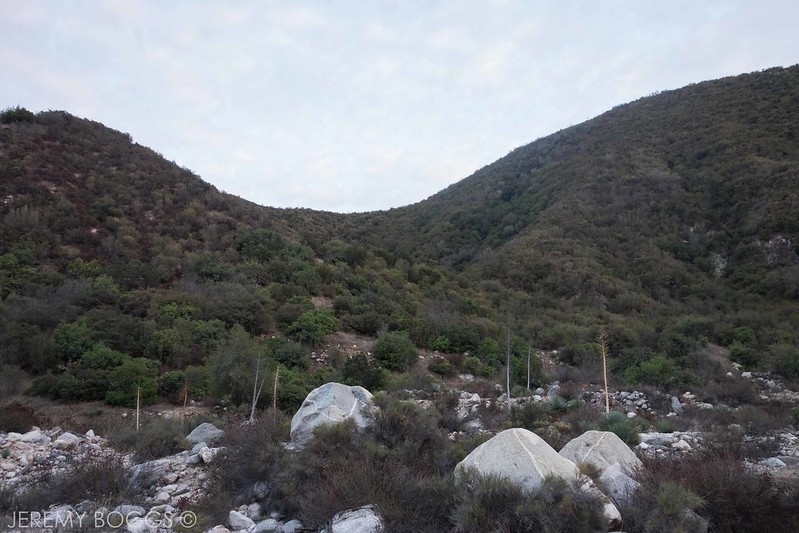 Low saddle where the tunnel can be found. 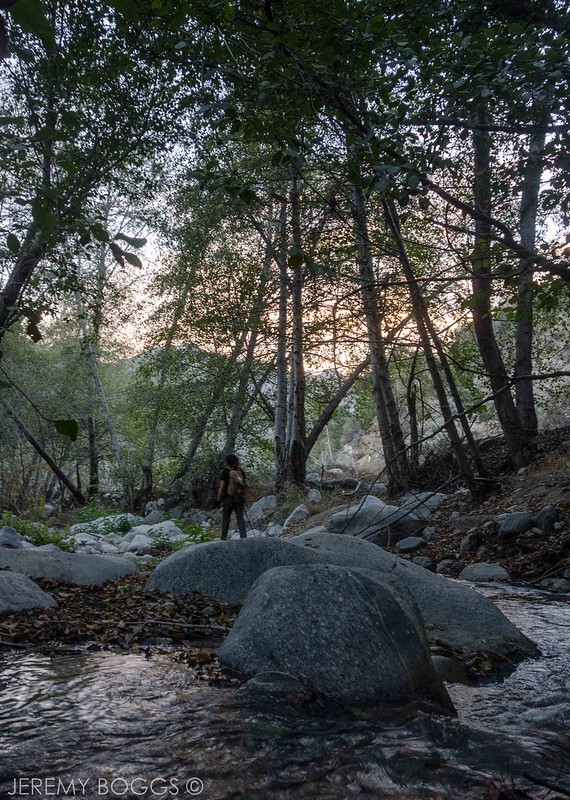 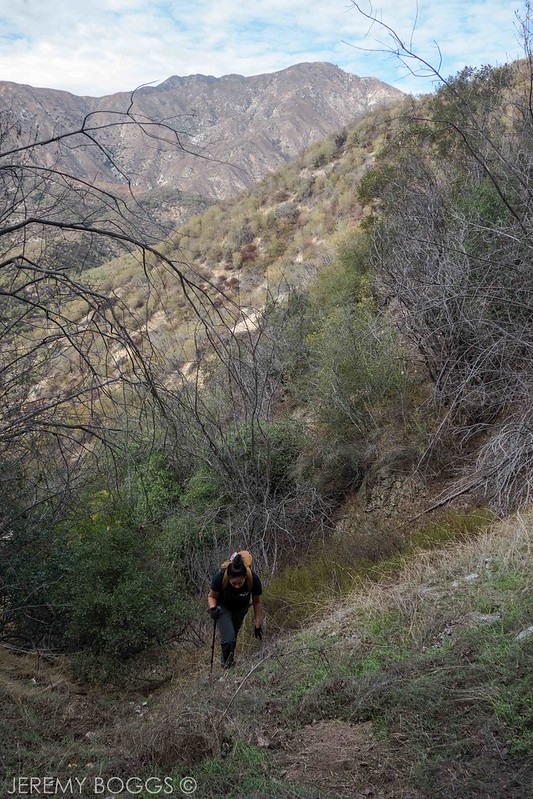 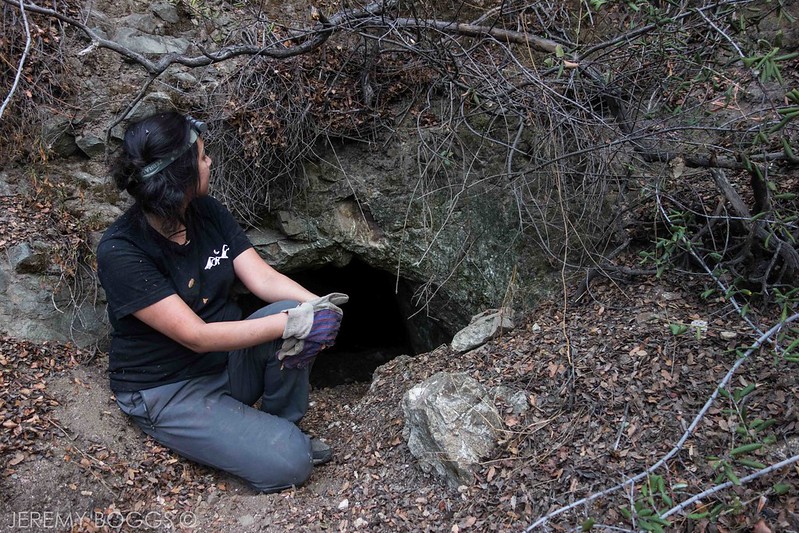 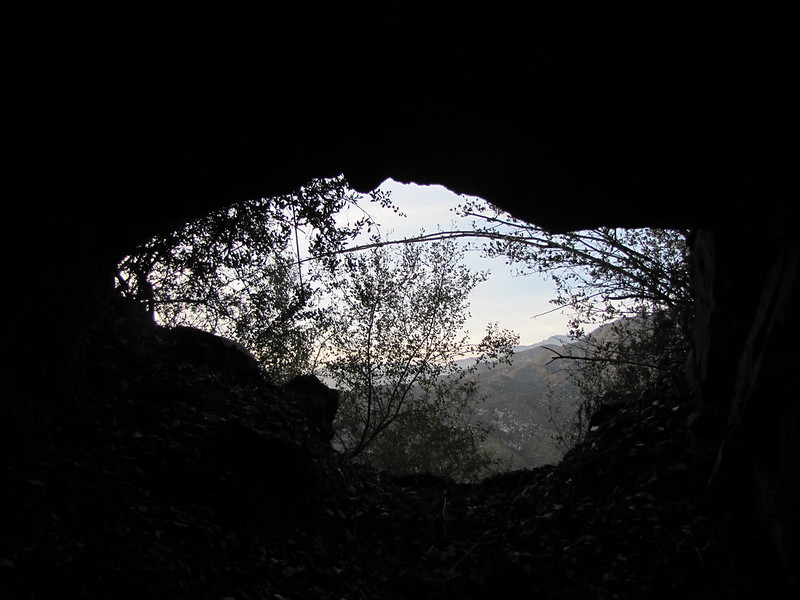 Inside looking out from the beginning. 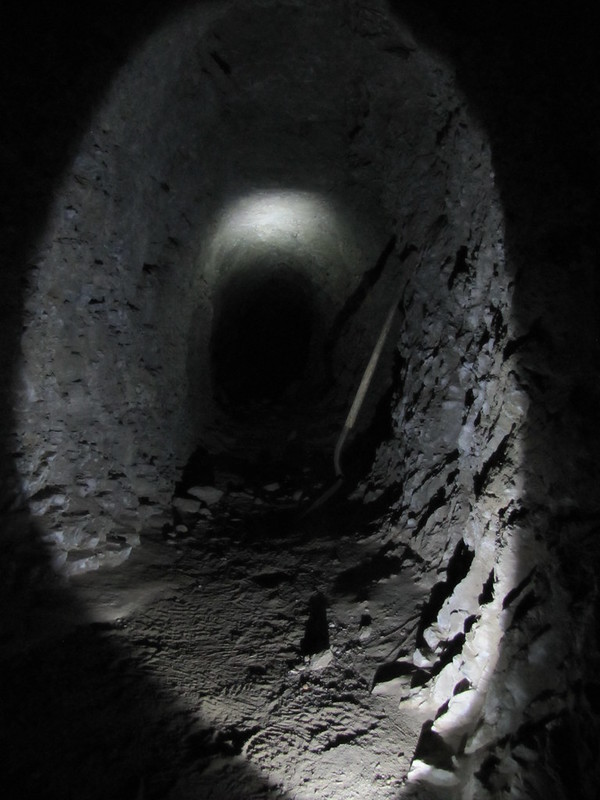 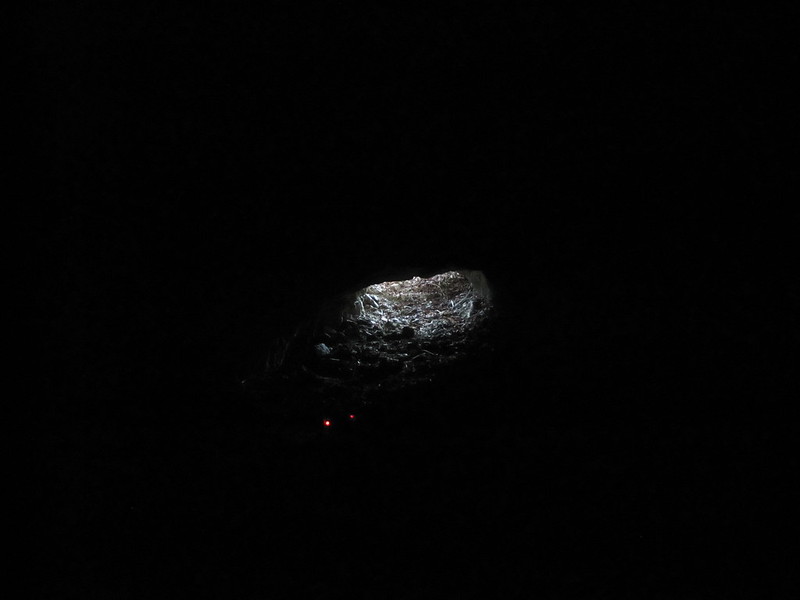 The end portal. Slightly more caved in, but doable to crawl out from.

Allegedly, Buell went broke and went to Mexico. His life story wasn’t too documented but thanks to the research of Edward S. Slagle, we have some idea about Buell’s background. Slagle wrote “Larger than Life. The Exploits of the Miner and Adventurer David E. Buel“. The man whose folly immortalized him in our mountains was part of the history of the Old West. “Colonel” Dave was Sheriff of El Dorado county as one point, politician, and prominent claim owner during the gold rush. “Despite his great failings, there are few who could claim to have lived each day so thoroughly, and to have undertaken and accomplished so much in a lifetime, as did David E. Buel” 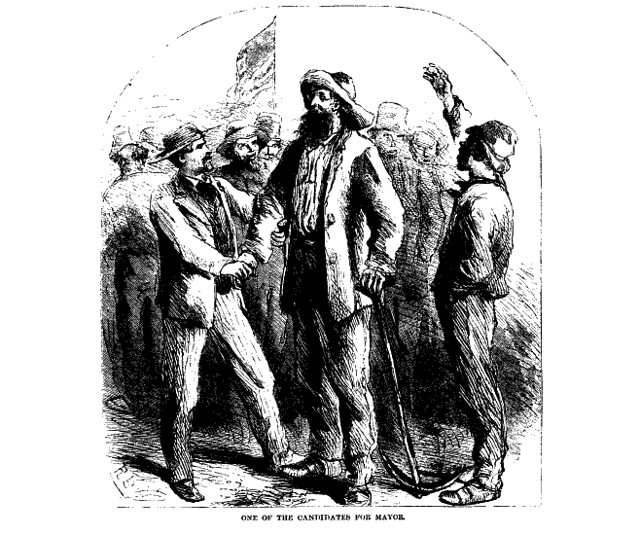 You can check out the video I made here

Interesting post Missy. Hard to believe that hydraulic mining was ever actually a thing given how scarce and ephemeral water is in these parts. Destructive too.

Thanks so much Uncle Rico. Yeah I believe the hydraulic method was only available to use when the river flow was good (four or five months annually). In Northern California hydraulic mining was already in full-effect. It’s definitely painful to imagine how much landscape was change in such a short amount of time in a large scale. History is history bad or good :/

Have you found to that tunnel?

Great piece of info. i really moved deep into it, thinking how differ is hydraulic mining from what we read in books?

Thank you for preserving this part of the East Fork history, well done.

Fascinating. Willie and I actually bushwhacked across the ridge above that tunnel recently. Of course we were only goofing around and had no clue about the tunnel. Neat find. Congrats.

That’s crazy! Is there anything interesting about that Ridge?

No. The ridge just connects two bumps we wanted to bag.

PHARRAOH gave this link to your page and I’m glad he did. Thanks for all the background on Buell’s folly. Best of luck to ya.

Very Cool! I’ve Been Bowhunting Graveyard Canyon Since The Late Seventies. Been To The Mine Several Times, Congrats! You Can Contact Me Anytime, I’ll Send Photos… Cya.