Windy Sierra Pelona ridge is crisscrossed by OHV roads and trails with far-reaching vistas of surrounding peaks, the desert and pastoral rolling hills. These extensive views were the reason a fire lookout was once built here. The tower measured at 30-40 feet tall and was part of the Newhall District beginning in 1932. It is unclear why and when the tower was removed. Newspaper articles place the lookout as still existing in the 1980s… The lookout first appeared on this Mint Canyon Topo Map from 1932.

One of the numerous OHV routes leads directly to the site of the former lookout tower, ushering in traffic from dirt bikers and jeeps (and hardly a hiker). Today only a few concrete slabs remain of the historic lookout. 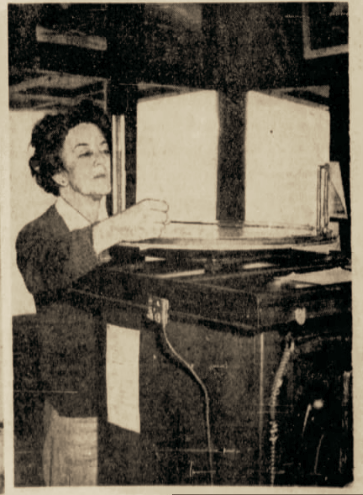 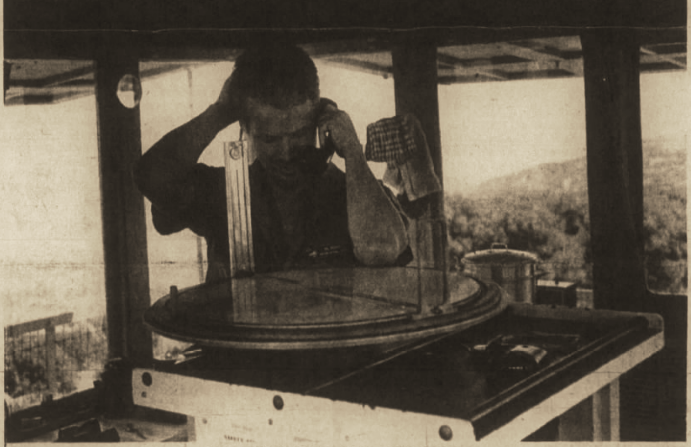 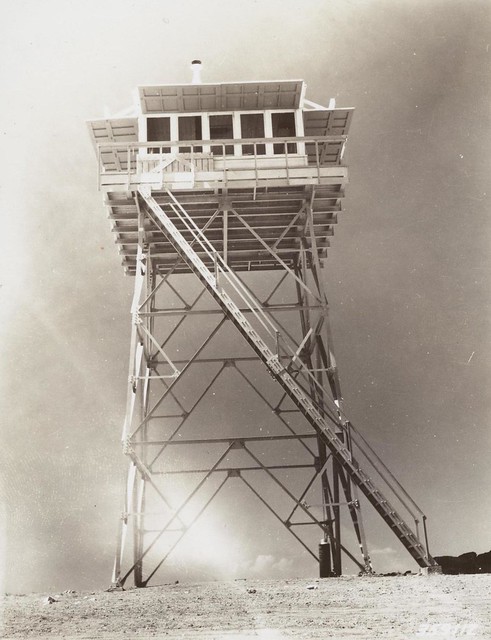 Incredible views from this site. A picnic table was built under the shade of the oak trees. Likely the footings of the tower. The lookout would often report on recorded gusts of wind up to 100 mph!

Near the former lookout site, there is a large outcropping of stone known as “ribbon rock” because of its unusual stratification. Following the crest of the Sierra Pelona east, the PCT eventually snakes its way across, winding through Bear Springs down to Bouquet Canyon. One of the many ways to climb up to the Sierra Pelona Ridge. Rolling green hills in the spring.

An old trail named the Big Tree Trail once led to the world’s largest recorded canyon live oak (at 37 feet tall, 4 feet thick). However a fire damaged most of the tree decades ago so only it’s burned hulk remains. Big Tree Trail on a 1930s map. Now long extinct, except maybe for the upper part. The remaining light on Bouquet Reservoir