Lofty San Gabriel Peak (6161′) is one of the highest summits in the front range of the San Gabriel Mountains. The first mention of plans to build a fire lookout on San Gabriel Peak appeared as early as 1922. However, it was until November of 1927 that the Forest Service asked the city of Pasadena for assistance in building a much needed fire lookout on San Gabriel Peak. The U.S. Forest Service constructed the lookout on a 10-foot steel tower with a white 14’ by 14’ observation cabin. The lookout commanded grand views of the front range including the Arroyo Seco, Mt. Wilson, Mt. Lowe, Strawberry Peak, the LA skyline, the Pacific Ocean and beyond. Lookout staff included Herb Hickam, Glenn Moore, and Archie Edwards.

In 1927 or ’28, a lookout tower was built on top of San Gabriel Peak. It was the standard lookout, plate glass windows on 4 sides, catwalk all around the outside, a fire finder and telephone. No radio. No separate living quarters. Pit toilet. Water in a barrel under the lookout. It was on a low steel tower about 12 ft high. 40 gallons of water plus supplies and mail were hauled to the lookout once a week by pack animal. Was hauled from a small warehouse (not gov’t) near Opid’s Camp (now High Hill Mtn School). As far as I can remember, Herb Hickam was the first lookout stationed on San Gabriel Peak; I might be wrong. Herb took paychecks for other F.S. employees out of the mail (mail went to the post office on Mt Wilson) and cashed them. Following these unwise actions he spent some time in a government building other than a lookout. The next lookout was Glen Moore in about the year 1930. Glen Moore left the F.S. following his tour of duty on San Gabriel Peak and went to work for the Mt Wilson Observatory as a night assistant. Next and final lookout was Archie Edwards, my uncle (my mother’s youngest brother). Previous to becoming a lookout in the Angeles, my uncle had been a F.S. lookout in Idaho.Kenyon Devore, July 1990 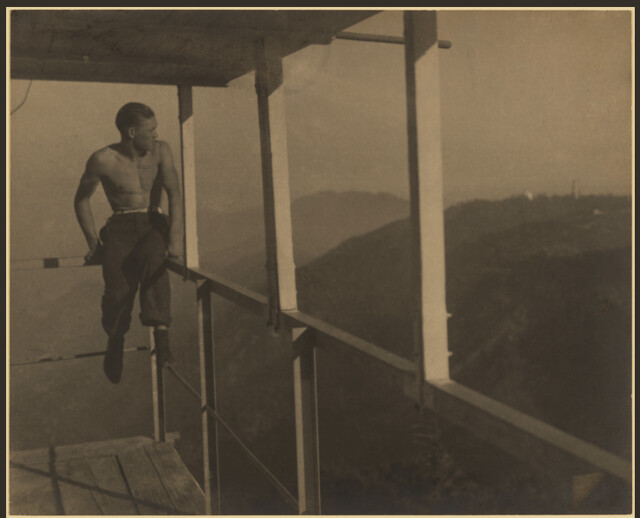 Urban smog created poor visibility for the lookout so the structure was relocated to Vetter Mountain by 1937 where it stood until it was burnt down in the 2009 Station Fire. D. Von Schmausen explains its removal in The Reconstruction and Renovation of Vetter Mountain Fire Lookout:

Encroaching population and poor visibility due to smog forced the lookout to be dismantled in 1937, most likely with the assistance of the Civilian Conservation Corps CO. 903, who were stationed at Angeles Crest Camp F-384 at that time. The Cabin was sectioned into pieces small enough to be loaded onto mules and trained down the mountain to Angeles Crest Highway…Once at the highway the pieces of the lookout were loaded onto lorries (trucks), driven to the base of Mount Vetter where they were once again loaded onto a mule train and delivered to the present location.

Today, all that remain from the lookout tower are the concrete footings but with the same sweeping vistas. 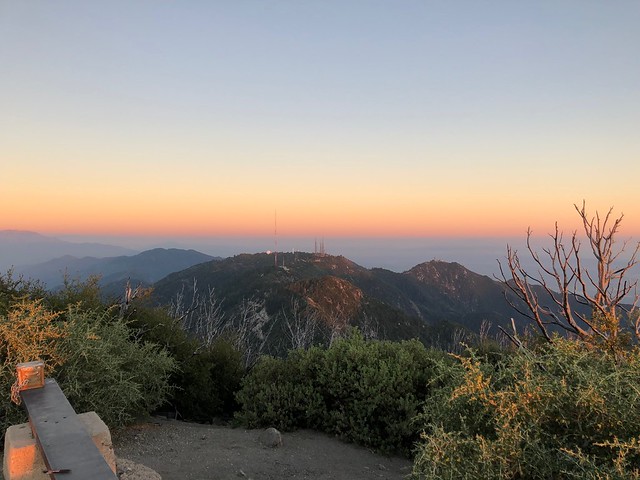 On the summit, view of Mt. Wilson 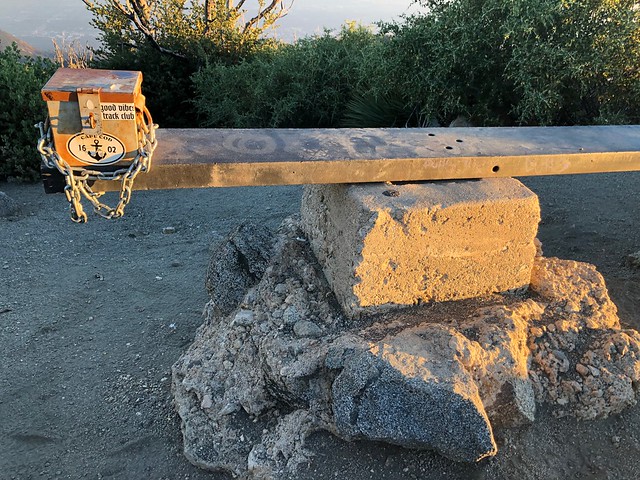 Concrete footings of the tower, steel plank strewn across for a bench. 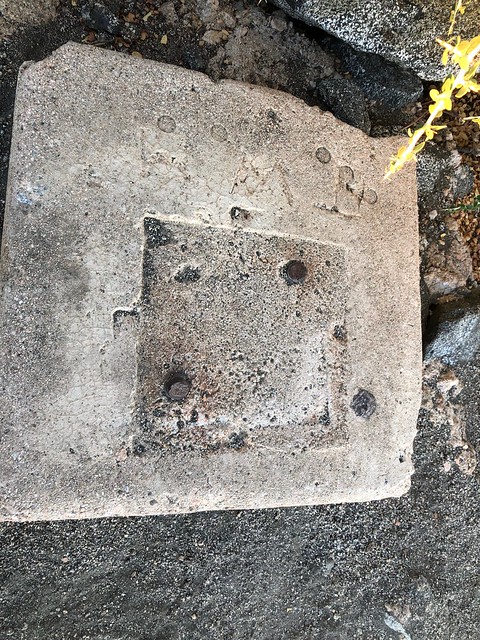 Leftover remains of the lookout tower 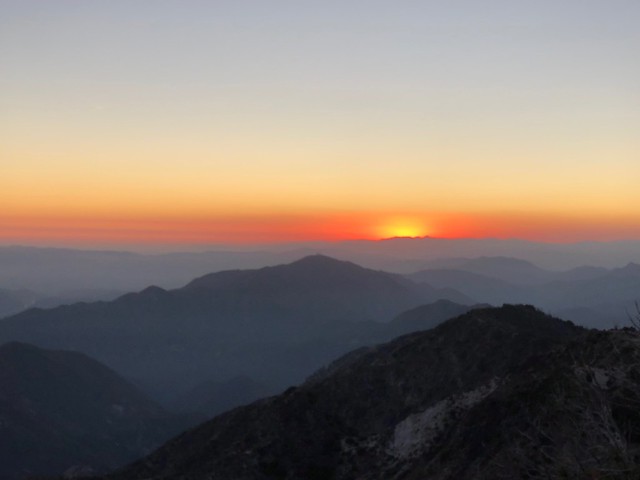 Sun setting over the San Gabriels, with another former lookout site (Mt. Lukens) in view.