As the foothill towns grew steadily in the 1880s, Wilsons peak became a favorite haunt for parties of hikers in horseback. The trail from Sierra Madre was no easy one: narrow, curving, and precipitous. Still, groups of friends would organize their outing, and head up on their buggies, wagons and pack burros. Group of nine people riding mules on the trail to Mount Wilson. Courtesy of the California Historical Society Collection at USC

Around this time, Mount Wilson was still largely undeveloped – no resorts or observatories crowded the top, and no firebreaks scarred the mountainsides.

Some years before, Benjamin Wilson had blazed this trail to the top in order to obtain timber for his home at Lakeside Vineyard. He built a “Halfway House” a sort of construction camp. Shortly after abandoning his venture, Wilson’s Halfway House was taken over by George Islip and his fruit trees, a place forever known as Orchard Camp. But again after a few years, business was taken elsewhere and the cabin stood vacated. The empty cabin became the perfect halfway shelter for anyone climbing up to Mount Wilson. 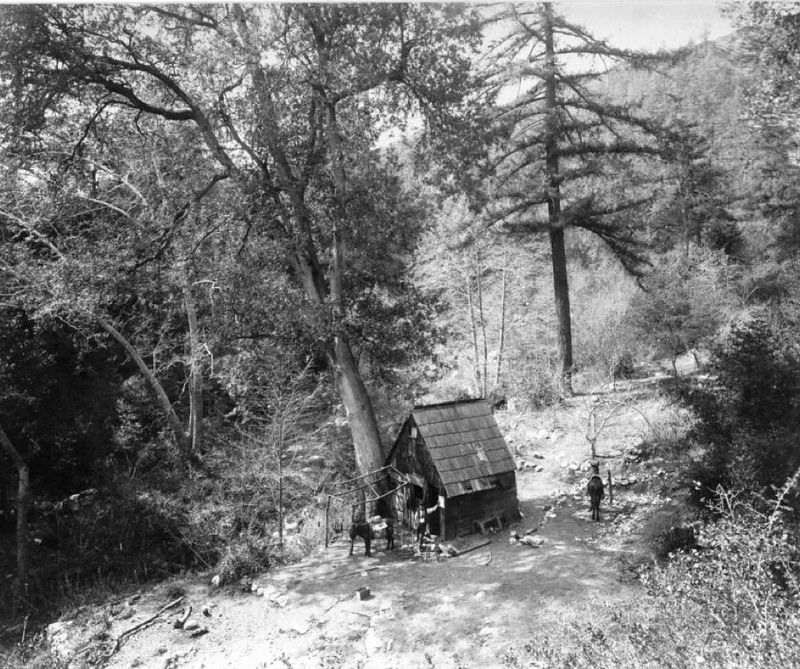 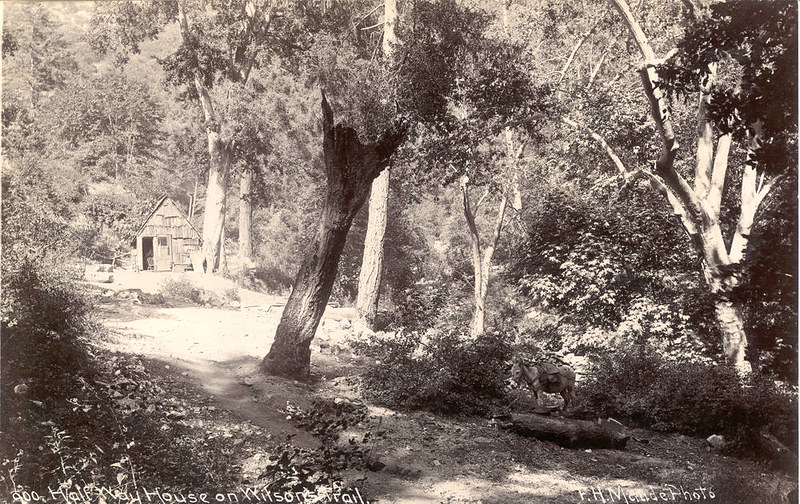 Once reaching the peak, parties would climb up to a high point called Signal Peak, which was visible from Pasadena. There they would make a fire in the evening to let their loved ones know they had made it safely to the top.

A monument dedicated to Benjamin Wilson was erected in 1935 by the Daughters of American Revolution. It stands (still stands?) at Signal Point, several hundred feet from the old hotel. 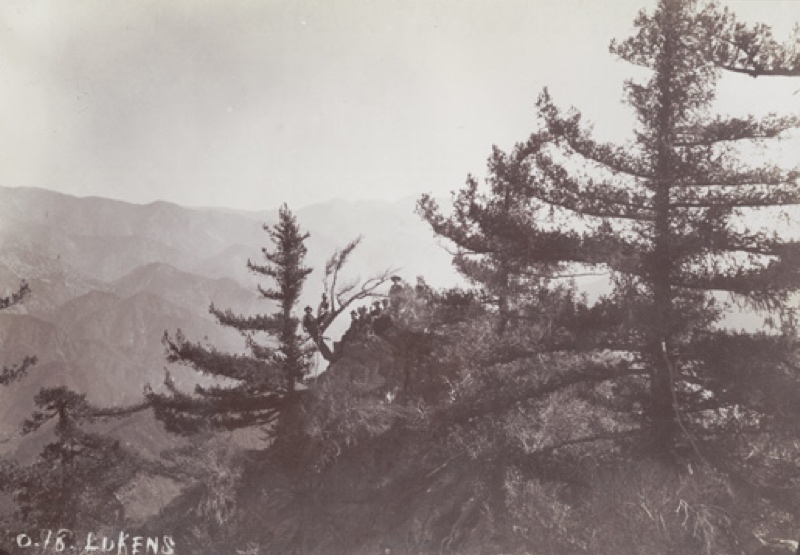 A geocaching site places Signal Point in the large parking lot in front of the Cosmo Cafe (previously known as Skyline Park) at the southeastern tip.

I Can Remember Early Pasadena by Jennie Hollingsworth Giddings (1949)

Los Angeles in the 1930s by Federal Writers Project of the W.P.A.